5 Science-Backed Ways to Reboot Your Biology in 2021 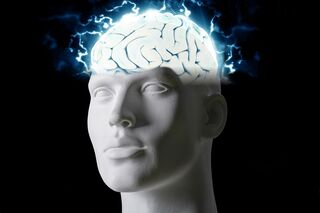 Every year, we hear advice on how to cleanse or detox our bodies so we can start the New Year on the right foot. Following this guidance might lead to an extreme new diet, expensive supplements or a pack of high-intensity exercises videos. But if we really want to maximize our chances of success, we need to go deeper than the usual New Year’s detox. Here’s how to leverage cutting-edge science to help reset your DNA expression, cellular health, metabolism and brain wiring for the better.

1. Wash out your brain

Waste clearance is essential to any well-functioning system. The same is true for our brains. In 2012, researchers identified the “glymphatic system,” a drainage network in our brains that promotes clearance of metabolic waste. Dysfunction of the glymphatic system has been implicated in a number of disease pathologies including migraines, diabetes and glaucoma, as well as dementia. This has led researchers to suggest that a properly functioning glymphatic drainage system may play a key role in promoting neuronal function and ensuring optimal brain health.

There are a few ways that we may be able to help our glymphatic systems to function at their best. Exercise has been shown in animal research to enhance glymphatic activation. We should also consider avoiding excessive alcohol use. In another animal study, excessive alcohol consumption impaired glymphatic function. There’s a silver lining though, as consumption of small amounts of alcohol actually had the opposite effect!)

2. Clean up your cells

In 2016, Dr. Yoshinori Ohsumi won a Nobel Prize for his discovery of autophagy, a biological process that enables our cells to break down and recycle dysfunctional components. This powerful research helped us understand that like a snake shedding its skin, our cells are capable of reclaiming a fresh, youthful state. Impaired autophagy has been proposed to play a role in cardiovascular disease, metabolic disease, infectious disease as well as neurodegenerative conditions. Some evidence even suggests that effective autophagy plays an essential role in extending lifespan. And though autophagy tends to decline as we get older, there are several things we can do to help support healthy autophagy at any age.

In the science around autophagy activation, calorie restriction often takes center stage. Multiple animal studies show that even modest decreases in calorie intake can lead to induction of autophagy. However, we may not need to starve ourselves to get these benefits. Intermittent fasting (restricting caloric intake to a limited window each day) is increasingly popular among the health conscious because it may confer benefits in part by activating autophagy.

Exercise may also represent a viable way to enhance autophagy. In animals, exercise is shown to induce autophagy in skeletal and heart muscle. When the molecular pathway linking exercise and autophagy was experimentally disabled, mice displayed decreased endurance and impaired metabolic health. Other research in mice shows that exercise may increase autophagy in the brain, potentially helping improve cognitive function.

3. Burn up your visceral fat

In the world of nutrition, it’s often said that there are “good fats” and “bad fats.” When it comes to our physical makeup, the same seems to be true. Humans are thought to have two main types of fat, brown fat and white fat.  It’s thought that a specific type of white fat may especially problematic for our wellbeing—it’s called visceral fat, and if your waist is more than 40 inches around (for males) or 35 inches around (for females), you are at increased risk for having health problems as a result of too much visceral fat.

Unlike subcutaneous white fat, which is stored under the skin, visceral fat lives deep in the abdominal cavity, surrounding our internal organs. It’s associated with a higher risk for diabetes, heart disease and even a smaller brain. More recently, more visceral fat was connected to an increased risk for more severe COVID-19 outcomes. Part of the connection between visceral fat and worse health has to do with how this fat alters immunological and hormonal activities for the worse, increasing inflammation and making our cells more resistant to the effects of the hormone insulin.

Generally speaking, our goal should be to get rid of visceral fat whenever possible. Certain dietary patterns may be more helpful than others. Eating less refined carbohydrates and sugars could be of particular benefit, especially for people who are overweight or diabetic. In one study, obese older adults assigned to a lower carbohydrate diet lost 3x more visceral fat than those on a low fat diet. And here’s some really good news, especially if you’re not ready for a full-blown dietary change, consider adding a cup of coffee to your daily regimen. While the data only correlative at this stage, mild and moderate coffee consumption each predict less visceral fat.

Epigenetics is the study of how our behaviors and environment influence the expression of our DNA. This fascinating concept bridges nature and nurture by showing that our lifestyle choices influence the way our genes are transcribed. In application, it means that we can help regulate our DNA expression.

In the last decade, researchers have investigated the epigenetics associated with various states of poor health. For example, epigenetic markings may help connect early life experiences like childhood stress and adult depression. Additional research has focused on epigenetic patterns associated with aging. The idea being that, as we go through life, we accumulate epigenetic marks that can predict mortality and other aging-related outcomes. From these data, we can measure our “epigenetic age.” It turns out this may better predict certain health outcomes even better than the number of birthdays we’ve had.

Unlike our number of birthdays, some of the epigenetic markings that correlate with poor health may be reversible. In a 2017 publication, scientists compared age-related epigenetic marks with a variety of lifestyle factors. They found that eating more fish and poultry, consuming a moderate amount of alcohol and having higher blood carotenoid levels (a marker of fruit and vegetable intake) were all correlated with a younger epigenetic age. Additionally, early research indicates that meditation practices including mindfulness, yoga and tai chi may have a positive effect on our gene expression.

Over 100 years ago, a Nobel Prize was awarded to Professor Santiago Ramón y Cajal for his study of the nervous system. Among his contributions, he proposed that exercising the brain (he called this cerebral gymnastics) would enhance cognitive capabilities. Though he felt we could strategically improve brain function, Cajal nevertheless believed that the nerve paths themselves were “fixed, ended, and immutable.” It would take until the mid to later half of the 20th century before the idea that we could change our brain wiring into adulthood would catch on.

Neuroplasticity, also known as neural plasticity, is the idea that our neurons continuously reshape their activity in response to the signals they receive. The application of this concept is profound. It means that our brains—the very core of what makes us “us,” are in a state of constant flux, changing as a result of environmental input.

The mechanism of neuroplasticity helps explain how we learn new things. And it also provides us with a molecular pathway for improving ourselves and escaping unhealthy thoughts and behaviors. Employing neuroplasticity for our benefit is a way to literally unstick our brains from damaging patterns.

Avoiding excessive sugar consumption could also promote healthy neuroplasticity. Animal research shows that high fructose intake may damage a step necessary for successful neuroplasticity, but that omega-3 fats reversed this process. Additionally, consumption of plant phytonutrients like polyphenols may help support neuroplasticity. Early evidence suggests that the polyphenols curcumin, epigallocatechin-3-gallate (EGCG) and resveratrol may be of particular benefit. These can be found in high concentrations in turmeric, green tea, and grapes/wine, respectively.

The physical and psychological cost of 2020 is still accruing, and the existing damage will take time to repair. Uncertainty and hardship make it all the more tempting to attempt any quick fix that promises a better version of us in 2021. But if you really want to go to the root of poor health, forget the detox and cleanse. We’re much better served by going to the source.