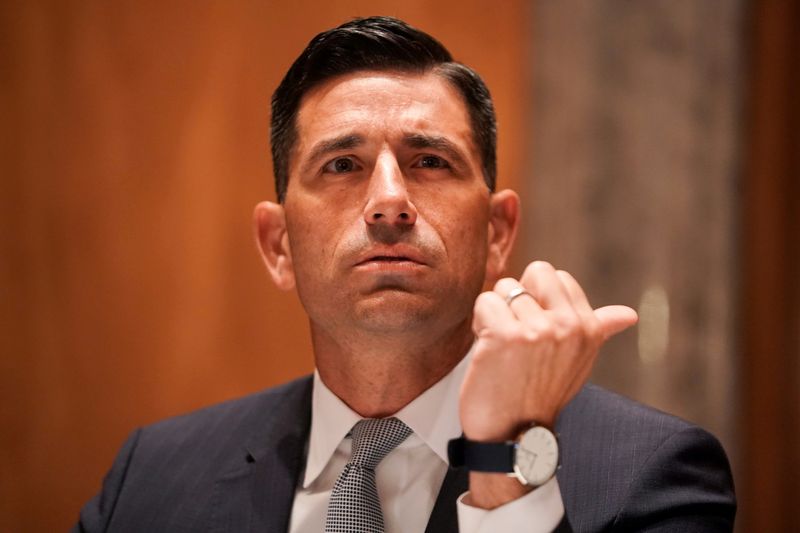 WASHINGTON (Reuters) – Acting Homeland Security Secretary Chad Wolf told his staff on Monday he was stepping down, the agency said, a move that comes as his department coordinates security for the Jan. 20 presidential inauguration and after a deadly mob attack on the U.S. Capitol last week.

The Department of Homeland Security (DHS) press office said Wolf would leave his post at 11:59 p.m. on Monday. Pete Gaynor, administrator of the Federal Emergency Management Agency, will take over as acting secretary, the office said.

In an email to DHS employees on Monday, Wolf said his departure was due to court rulings related to his eligibility for the position.

“I am saddened to take this step, as it was my intention to serve the department until the end of this administration,” Wolf wrote.

Representative Bennie Thompson, the Democratic chairman of the House of Representatives Homeland Security Committee, said the motive behind Wolf’s resignation was “questionable” since a federal judge ruled two months ago that Wolf was unlawfully appointed.

The U.S. Secret Service, which is part of DHS, is the lead agency handling security around President-elect Joe Biden’s inauguration. That effort is being closely watched after supporters of outgoing President Donald Trump stormed the Capitol last Wednesday in an assault that led to five deaths, dozens of injuries among law enforcement and the ransacking of lawmakers’ offices.

Wolf said earlier on Monday that due to the “evolving security landscape,” the Secret Service would begin its inauguration security operations on Wednesday instead of Jan. 19.

The FBI has warned of armed protests being planned for Washington and all 50 U.S. state capitals ahead of Biden’s inauguration, according to a federal law enforcement source.

A senior DHS official who spoke on condition of anonymity said the change in leadership would not diminish security for the inauguration.

Some high-level Trump administration officials have resigned in the aftermath of the Capitol incident, including Education Secretary Betsy DeVos and Transportation Secretary Elaine Chao.