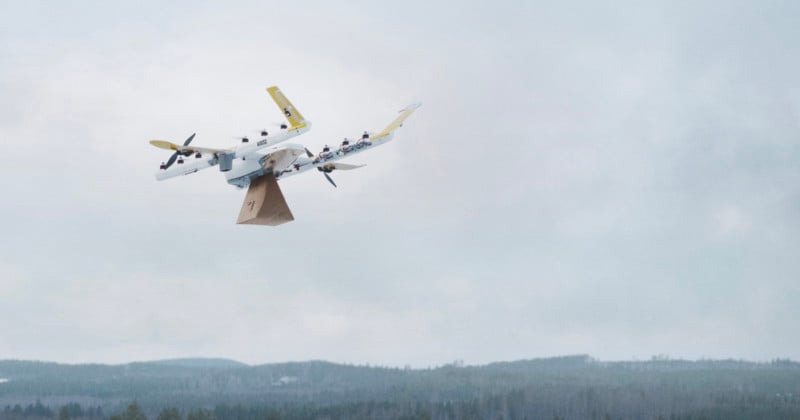 Right at the end of 2020, the United States Federal Aviation Administration published what it called its “final” drone rules for commercial flights. Drone delivery company Wing has since come out sharply opposed to the new rules as harmful to privacy.

Wing is a subsidiary of Alphabet – the same parent company of tech giant Google – who focuses on building small, lightweight aircraft and navigation systems designed to ferry small packages directly to homes quickly. Wing was founded in 2012 and has said that it has conducted more than 100,000 flights across three continents in an effort to prove and fine-tune its promise of drone couriers. The company touts itself as the world’s first commercial drone delivery operation to consumers.

The FAA’s new rules and guidelines allow for drones to fly over people and at night in the United States provided they are in compliance with a new “digital license plate” system called Remote ID. This new rule removes the requirement for drones to be connected to the internet to transmit their location data and replaces it with a new one: drones must be equipped with a device that broadcasts identifying information over radio frequency.

That change, Wing argues, puts drone pilots and drones delivering packages at risk. In what The Verge describes as a “somewhat fearmongering” post, Wing alleges that switching over to radio broadcasting would allow anyone to observe and track a drone’s movements, which would, in turn, allow them to figure out where a pilot lives, where they go, and – in the case of Wing’s business model – would be able to see where and when you would receive packages.

“American communities would not accept this type of surveillance of their deliveries or taxi trips on the road. They should not accept it in the sky,” Wing writes in a scathing blog post.

I am shocked — shocked — that a company being investigated for antitrust concerns over abusing its power on the internet would recommend the FAA ditch its newest radio-frequency ID program for internet-based tracking. https://t.co/d6VNMPapth

Wing would much prefer to return to the previous method: internet-based tracking. Unfortunately, there are some serious issues with that system that The Verge outlines here. In short, in addition to other concerns, the costs associated with rolling out widespread internet tracking both for the rollout of internet cell towers as well as the cost of a third-party monitor were too significant of barriers for the FAA to overlook.

Wing has called upon the FAA to expand the ways drone operators can comply with ID requirements. Some argue that it is strange that the FAA felt as though it had to choose one of the two methods that were available instead of accomodating both. Still, the FAA says that it received and addressed “more than 50,000 public comments on the proposed remote-identification rule, which will further the safe integration of drones into the national airspace system.”

DJI, on the other hand, stated that it was in support of the FAA’s Remote ID system. “It will enhance drone accountability, safety and security,” the company said. “We are reviewing the final rule to understand how DJI can take steps towards complying with the FAA’s upcoming requirements.”

How true Wing’s assertions are about the privacy of drone pilots, and if Remote ID systems will actually cause any issue to anyone other than drone delivery businesses, is yet to be seen. Still, Wing argues strongly that the “surveillance” that drones are becoming subject to far exceeds that of other modes of transportation and should be more accommodating.

Fujifilm and Nintendo Made an Instant Photo Printer for Switch Gamers