Are Autistic People Empathic? Is Everyone Else? 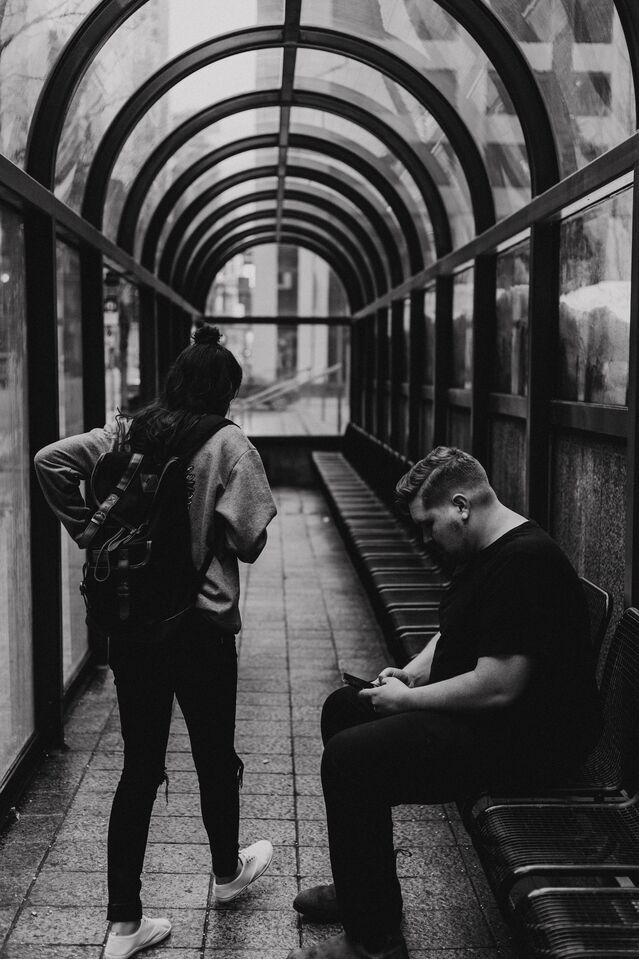 One reason why autistic people are seen as lacking emotional empathy is that autistic people don’t generally express their empathy in the expected way, with body language, gesture, and statements such as “I’m sorry” or “I understand.” An autistic person might express empathy by offering a solution to a problem, or by sharing a similar experience. Both of these can be seen as not validating the feelings of the other person. Autistic people may not have empathy for every situation. (Neither do neurotypicals.) However, autistic adults often express their support and concern directly when posting online in response to someone sharing distress. It may be that it’s difficult for autistic adults to find the right words to say in the moment, and it helps to have time as one does online.

In a recent court case, the prosecutor argued that the autistic defendant didn’t show remorse because of his lack of facial expression or tears. This was despite the fact that the defendant had said that he was devastated by the impact of his inadvertently causing an accident in which someone was badly hurt, and that he would do everything he could to help the person and his family.

Nonverbal communication accounts for well over half of social/emotional communication, and this young man’s words were dismissed as inauthentic since they weren’t matched by expressive body language. Actually, as someone autistic, this young man was much less likely than a neurotypical person to say something untrue just because it benefited him.

An autistic person often has such a strong feeling for what’s right that he would put that before his own interests. A research study examined whether individuals would incur a personal cost for supporting a morally good cause or support a morally bad cause to receive personal gain. The study found that autistic people were much more likely than neurotypical people to reject the opportunity to support a bad cause even at a cost to themselves. “ASD individuals are more inflexible when following a moral rule even though an immoral action can benefit themselves and suffer an undue concern about their ill-gotten gains and the moral cost. These findings deepen our understanding of the neurobiological roots that underlie atypical moral behaviors in ASD patients.” (Hu et al, 2000) The researchers seemed to conclude that the consistently moral behavior of autistic people and their strong concern about whether they had done anything “ill-gotten” signaled atypical behavior and inflexibility rather than admirable commitment to good causes. I question whether neurotypicals who consistently put doing what’s right over their self interest would be described as inflexible.

Like emotional empathy, cognitive empathy is also complex and worth exploring. In studies, autistic people show less cognitive empathy or ability to take the perspective of others than neurotypicals. It is possible that black and white thinking tends to frame things as right or wrong so a different perspective might be dismissed. I find using Ross Greene’s approach can be helpful in seeing different perspectives; it is described on his website, Lives in the Balance. However, let’s accept the idea that autistic people don’t do as well as neurotypicals at understanding the perspective of others.

Based on my experience, neurotypicals often see explanations of an autistic person’s perspective as an excuse. A mother of one of my clients was angry that her son didn’t carry in the groceries when she commented that they were heavy. She felt he was selfish, that he lacked empathy for her needs. She rejected my explanation that he needed a direct request (“Can you help me carry the groceries?”) instead of a hint as “making excuses for him.” Autistic people take language literally. Her son took her statement at face value and didn’t understand the implied but unstated meaning.  She didn’t think his perspective was valid, feeling he “should” have understood if he cared.

In another case, a girl was not participating in an interactive exercise of having a conversation in French in her French class. She was drawing instead. Her behavior was labeled avoidant and attention-seeking. The autistic student was overwhelmed by the noise in the class, the new fluorescent lighting in the room and the social demand to interact with someone she didn’t know, so she was calming herself by drawing. A behavior plan that simply prevented her from drawing did not take into account her perspective and needs.

One could take the idea of double empathy and failure of cognitive empathy further. It may be that many people don’t have cognitive empathy for people whose life experience is fundamentally different from their own, whether this difference is neurotype, racial, ethnic, religious, cultural, gender-related, or some other kind of difference. For example, there are many books and classes currently addressing the difficulty for white people of understanding the perspective of Black people.

The myth that all autistic people lack empathy is just that, a myth, and the whole business of empathy is much more complex than a superficial assumption of who does and doesn’t have it. Autistic people can be more empathic in some ways than neurotypicals; in the area that’s considered their deficit—being able to see the perspective of others—autistic people aren’t the only ones with challenges. There certainly is variability within groups. Seeing perspectives, emotionally connecting to feelings, and empathy in general are much more complex than they seem.