The latest Arsenal transfer news is here and there’s plenty for Gooners to be excited about as we get into the thick of the January window.

The north London giants surely need to make some changes to their squad, with Mikel Arteta struggling to get the best out of his side so far this season.

One interesting signing could be Steven N’Zonzi, with reports in France claiming the 32-year-old looks set to become available, putting Arsenal on red alert.

The France international has previously shone at Sevilla, looking like one of the finest midfield all-rounders in Europe for a few years.

His recent form has dipped, however, and it could lead to him becoming available this January, with Arsenal seemingly keeping a close eye on his situation in what could be a smart low-cost swoop.

Elsewhere, Arsenal are also eyeing up a raid on Brighton midfielder Yves Bissouma after his impressive form in the Premier League.

The 24-year-old is surely set for a big move in the near future after also being linked with other top clubs, but Arsenal seem to be planning to wait until the summer to move for him. 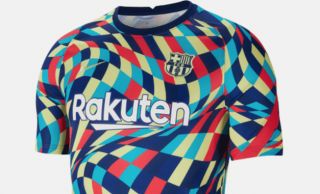 Some Gunners fans will no doubt want him in earlier, but for now they probably need to prioritise other areas of their squad.

Finally, Arsenal may also be set to put their pursuit of Norwich City star Emi Buendia on hold for some time.

Latest reports on the Argentine state that Arsenal are currently struggling to meet Norwich’s £40million asking price for the 24-year-old.

AFC fans will surely hope, however, that Arteta has another similar attacking midfield player in mind as a potential target this January.