Gareth Bale has done it AGAIN! The Welshman has scored his second of the game to put Tottenham back into the lead against Crystal Palace.

Having netted two goals in the 4-0 victory over Burnley, Bale was unable to continue his goal scoring form last time out against Fulham.

However, he’s was quick to make up for it against Crystal Palace this evening, finding the back of the net after 25 minutes, latching onto a great pass from Harry Kane.

Bale was not done there, though. The Real Madrid loanee has netted his second consecutive brace at the Tottenham Hotspur Stadium, having headed home from yet another Kane assist to continue his quite extraordinary run of form. 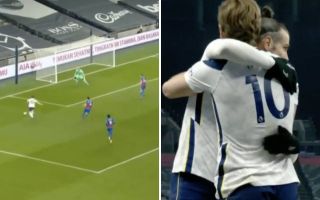 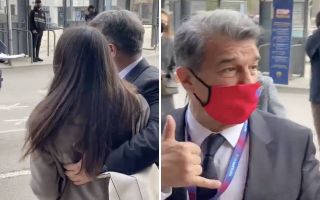 Kane has now pulled clear of Manchester City’s Kevin De Bruyne to be the outright leader in the assist category for the Premier League campaign.

The England captain has gone onto another level this campaign, with the creativity equally as good as the finishing.

An absolute phenom, and a credit to Tottenham.