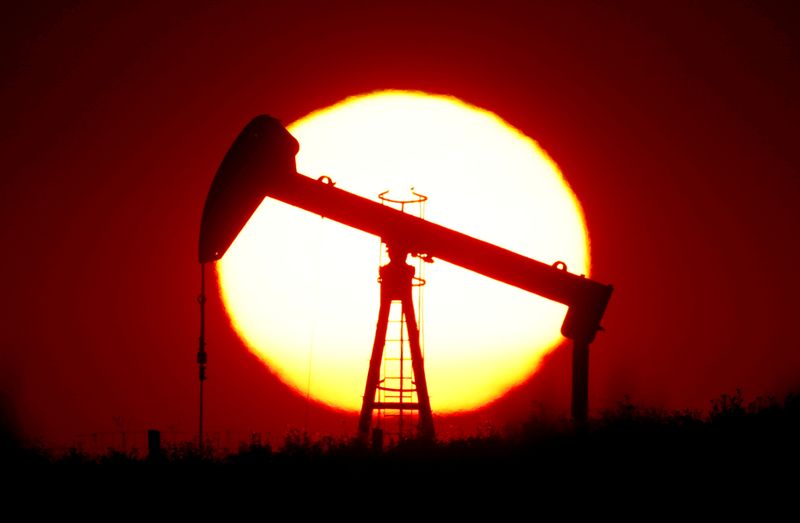 © Reuters. FILE PHOTO: The sun sets behind a pump-jack outside Saint-Fiacre

“Acquiring additional leases comes with a cost and it demands some work commitments to be fulfilled. Hence, companies would not want to pile up on additional acreages in their non-core areas of operations,” Shenga said.

Of the five companies, BP (NYSE:) saw by far the largest drop in new acreage acquisition in 2020. Bernard Looney, who became BP’s CEO in February, outlined a strategy to reduce oil output by 40% or 1 million barrels per day by 2030. BP has rapidly scaled back its exploration team in recent months.

Exxon, the largest U.S. energy company, acquired the largest acreage in 2020 in the group, with 63% in three blocks in Angola, according to Rystad Energy.

Total was second with two large blocks acquired in Angola and Oman.

Acquiring exploration acreage means companies can search for oil and gas. If new resources are discovered in sufficient volumes, the companies need to decide whether to develop them, a costly process that can take years.

As a result, the drop in exploration activity could lead to a supply gap in the second half of the decade, analysts said.

Saudi Arabia stocks lower at close of trade; Tadawul All Share down 0.54% By Investing.com