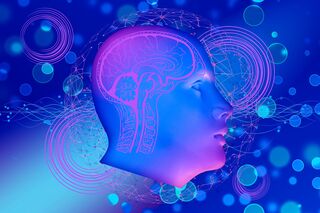 “We introduce a new class of time-continuous recurrent neural network models,” wrote the study’s authors. Ramin Hasani, a postdoc at the Computer Science and Artificial Intelligence Laboratory (CSAIL), was the lead author of the study. Other study researchers on the team include MIT professor and CSAIL Director Daniela Rus, MIT PhD student Alexander Amini, Mathias Lechner at the Institute of Science and Technology Austria, and Radu Grosu at the Vienna University of Technology.

Recurrent neural networks that use ordinary differential equations (ODEs) to determine continuous-time hidden states are often used when there is time series data. The researcher team set out to improve this structure to “enable richer representation learning and expressiveness.”

“Instead of declaring a learning system’s dynamics by implicit nonlinearities, we construct networks of linear first-order dynamical systems modulated via nonlinear interlinked gates,” wrote the researchers.

This expressiveness enables researchers to have a better visibility into some of the neural network’s “thinking” process, a benefit that helps to demystify some of complex cognition of the “black-box” of artificial intelligence machine learning.

To evaluate their new model, the team performed a number of experiments with their liquid time-constraint recurrent neural network. The experiments include training a classifier to identify hand gestures from motion data, predicting room occupancy from sensor data streams (temperature, carbon dioxide levels, humidity, and other sensors) and recognize human activity such as standing, walking, and sitting, from smartphone data.

Compared to other recurrent neural network models (LSTM, CT-RNN, Neural ODE, and CT-GRU), the researchers observed that there was between a five to 70 percent improvement in four out of the seven experiments on time series predictions.

Artificial intelligence is rapidly expanding across industries and many functions. The more flexible, fluid, and transparent AI machine learning becomes, the greater potential for improved AI safety and performance in the future.