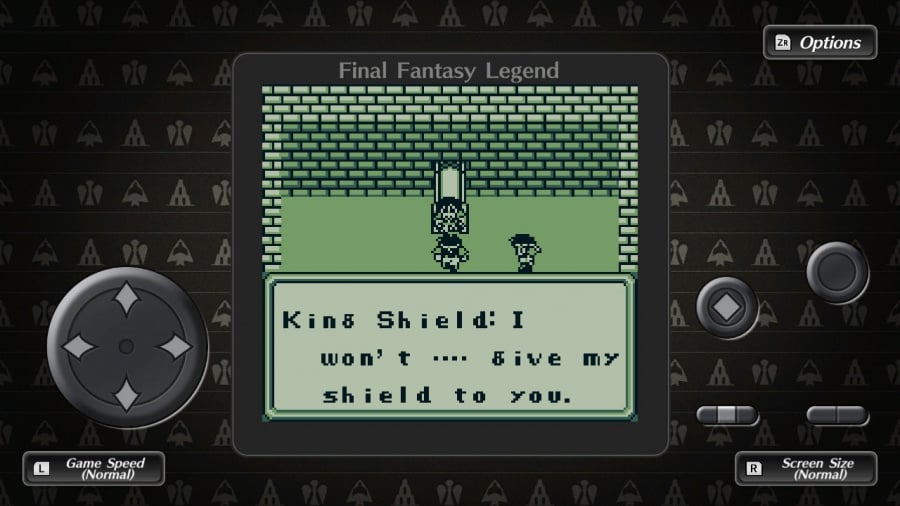 The SaGa franchise has always been the odd one out in Square Enix’s deep vault of RPGs. Not only has the series gotten a somewhat infamous reputation for its weird, open-ended progression systems and high difficulty, but most entries came out years after their Japanese debuts, if they made it to the west at all. The first three games weren’t even called SaGa when they were localized, as Square believed at the time that the games would sell more copies if they were branded as a spin-off of Final Fantasy.

Whatever you call them by, that original trilogy has finally seen a re-release now via Collection of SaGa Final Fantasy Legend, which collates all the games in one place with a few modern conveniences to help smooth out their myriad rough edges. While these extra bells and whistles certainly are a nice touch, there’s no escaping that the three games included here are extremely simplistic by today’s standards and haven’t aged as gracefully as some of their peers. This doesn’t inherently make them worthless, but it does make this collection a tougher sell – especially considering that other, better releases from this same series have seen similar re-releases on the Switch. 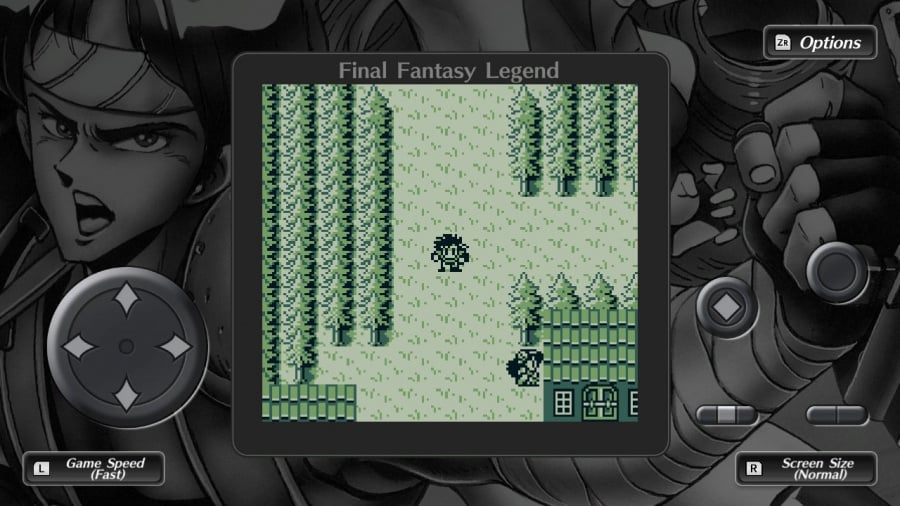 Before we delve into the games, let’s first lay out what all is included here. All three of the Final Fantasy Legend games are available in both their Japanese and English forms, and they’re about ninety percent the same experiences that they were back in the good old days of that pea-green screened handheld. Some aspects of the localization have been cleaned up, and Square had the foresight to include a nice speed-up feature that boosts the pace of the gameplay but not the music. There are a variety of display options available too, which include customizable borders, on-screen touch controls, and even a cool option to display things in portrait mode to better emulate the feel of the original Game Boy. Though it might’ve been interesting to have seen some of the original concept art or marketing material included, Square has done a good job in presenting these titles as well as possible in their original forms.

You can jump into any three of the games at will, and newcomers don’t have to worry about which one comes first considering that each is mostly self-contained. All three games share the same basic core gameplay, too, although each new iteration clearly expanded on the ideas of its predecessor. Essentially, each game consists of you picking a party of four characters who embark upon a lengthy quest to find riches or save the world. Along this journey, you buy and sell gear in towns, explore caves, castles, and many other treacherous locales, and take on all kinds of baddies in simplistic turn-based battles. 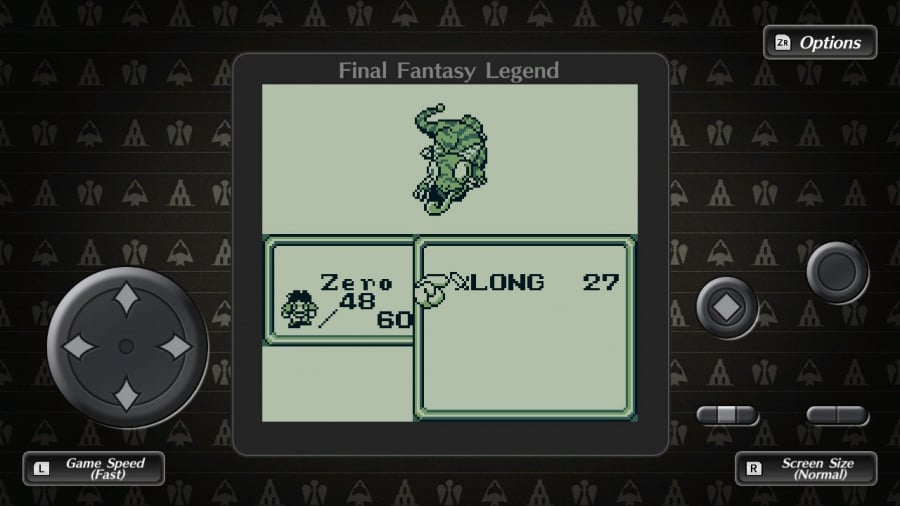 So far, so similar, but the SaGa series has always done things a little differently than other RPGs and the seeds of that distinctiveness are evident here. For example, any dead party members can be revived back in town for a fee, but one too many deaths results in that character going down for good. This makes battles feel that much tenser, as you really don’t want to have to start over and replace a character you’ve spent a great deal of effort building. And it is indeed quite an effort, as characters don’t always level up in the traditional experience system.

In the first game, for example, human characters can only get stronger by buying stat-boosting items in shops, while monster characters can only improve by eating meat dropped by enemies that causes your monster to change classes. It can be an adjustment, then, to come into these games with a ‘traditional’ RPG mindset, as the rules of the genre don’t always apply here as you’d expect them to. Still, it can be oddly refreshing to play an RPG that you can’t just mindlessly grind like others, and there are enough interesting ideas in these three games to justify a look.

That said, those ideas are often shrouded in opaque and frustratingly archaic design that often gets in the way of the fun factor. Say you want to take advantage of that ‘meat-eating’ mechanic to bolster a party member. Depending on hidden factors that are never explained or even hinted at in-game, your newly-transformed monster could be either stronger than before or weaker. The concept of potentially ‘levelling down’ like that could be interesting to explore, but not in a way where new players are simply punished for their ignorance and expected to guess until they figure it out. The latter two games are a little bit better with guiding the player in this respect, but we’d still say that all three of these games must be played with a guide open on another screen if you want to really get the whole experience. 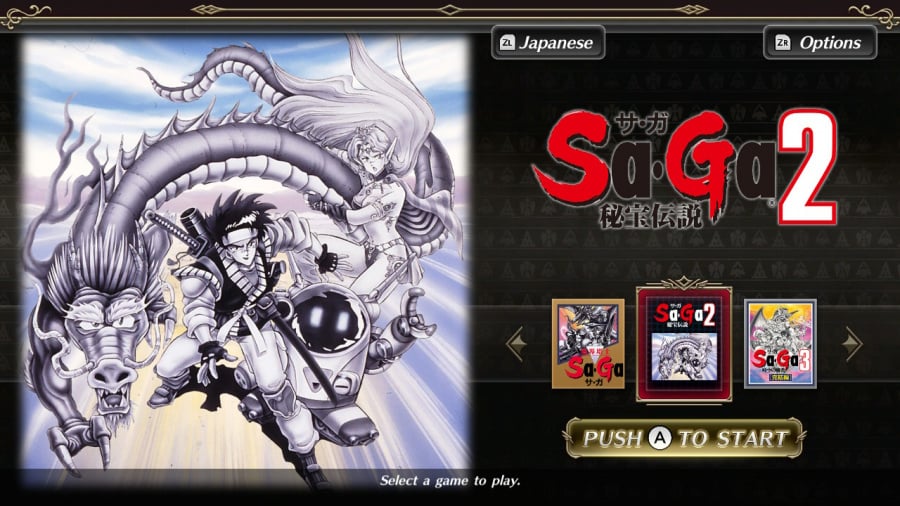 We feel it also bears mentioning that all three of these titles are exceedingly simplistic by modern standards. Now, that can be a good or a bad thing depending on what you’re looking for in an RPG experience. On one hand, factors like the short length and simplistic combat make any of these games relatively easy to get into. On the other hand, issues like the extremely high random encounter rates and the overall lack of explanation for key mechanics can deter those who are easily annoyed by such hallmarks of older RPG’s. It must be said that none of these titles has aged well – even considering other contemporaries like the early Pokémon or mainline Final Fantasy games – but there’s only so much one can expect from some of the earliest RPGs available on Nintendo’s first significant handheld platform.

If you can get past the polarizing game design, the presentation fortunately proves to be consistently charming. Enemy sprite-work is often quite detailed and has some unique character to it, and the overall low-fi look of these games is rather quaint. Obviously, the Game Boy didn’t have a whole lot of graphical prowess to boast of, but it’s clear the developers did what they could within the strict limitations of the hardware. It may all look quite simple, then, but nothing here looks outright bad.

Is Collection of SaGa Final Fantasy Legend for you? Well, that really depends on one huge factor. Did you play these games as a kid? If so, then this compilation may be worth the punt for a nice trip down memory lane. If you don’t fall into that camp, however, it’s difficult to recommend picking this up. These three games are simply okay when at their best, and rather disappointing when at their worst. The hard truth is that both your time and money are much better spent on the mountain of new or old RPGs you can buy for the Switch. There are worse games out there, but there are much better ones, too, and Collection of SaGa Final Fantasy Legend really only has value as a curiosity or nostalgic piece.