According to ESPN’s David Cartlidge, Diego Costa has skipped Atletico Madrid training as he looks to force his way out of the club.

Costa ruffled feathers before exiting Chelsea, so it’s no surprise to see him causing trouble at the Wanda Metropolitano, even if he does owe Diego Simeone a great deal of credit for turning him into the player he is today.

As David Cartlidge reports, Costa wants out of Atletico in January, with his contract expiring in the summer. Early termination appears to be his intention. Whether Atletico will agree to that remains to be seen.

Costa may be looking to force the issue, though, in a similar way that he did while at Chelsea – as the Telegraph reported at the time, with the striker going AWOL and refusing to return to Cobham. 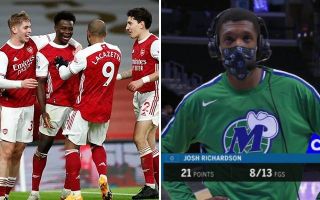 Cartlidge reports that Costa was not present at Atletico training on Monday morning, which appears to be linked with his intention to leave the club. A leopard never changes their spots, as they say…

Diego Costa absent from training with permission this morning as he looks to rescind his contract at Atleti. Current deal ends this summer but he’s looking to leave now.