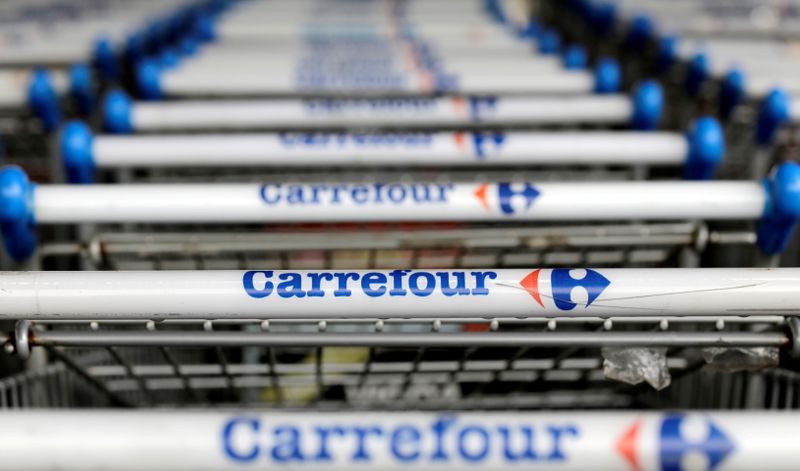 MONTREAL (Reuters) – Alimentation Couche-Tard would revive its $20 billion bid for France’s Carrefour (PA:) if the Canadian convenience store operator saw a change in the French government’s stance on the proposed deal, its chief executive said on Monday.

Couche-Tard dropped its surprise bid for the European retailer over the weekend after the plan ran into opposition from the French government. Some French politicians said the issue was a matter of national food safety.

“We’d love to do the transaction …. if we got signals that the environment could change or would change from the French government or other key stakeholders,” Brian Hannasch told an analyst call.

News of the approach from Couche-Tard, which operates convenience outlets and fuel stations, broke only last week but unravelled swiftly in the face of opposition from French politicians including finance minister Bruno Le Maire.

With a deal effectively blocked, the companies said they had decided instead to examine opportunities for sharing practices on fuel purchases, partnering on private labels and distribution in overlapping networks.

“This is a better approach. We lose neither control nor food safety and opening partnerships that can be fruitful for Carrefour as well as for its Canadian peer,” French Finance Minister Bruno Le Maire told RTL radio.

Shares in Carrefour closed down 8.9% in Paris to 15.46 euros on Monday as the prospect of the 20 euro per share offer evaporated, for now at least. Couche-Tard shares rose 3.4%.

“In terms of politics, I think we went into this with eyes wide open knowing that this was a risk, and I certainly do believe that the pandemic has heightened the food security issue, particularly in France,” Hannasch said.

“And so whether that changes over time, it’s hard to say.”

In a note to clients on Monday, Bryan, Garnier & Co retail analyst Clément Genelot blamed France’s 2022 presidential elections as the “true barrier to the deal,” amid fears that the sale of the country’s leading private employer could strengthen far-right opposition to incumbent Emmanuel Macron.

Carrefour employs 105,000 people in France and runs around 8,000 convenience stores as well as its traditional hypermarkets and supermarkets.

One top ten Couche-Tard shareholder, already skeptical about the merits of a tie-up with a grocer, said the company would face questions for moving away from its core business.

“I think in the interim there will continue to be some form of overhang or discount I think applied to the equity just because there will be that concern that the management team has started to get outside what’s considered their area of competence,” he said on condition of anonymity.

Analysts at investment bank Citi said there was still a chance Carrefour and Couche-Tard could revive talks at a later date, while the possibility remained for Carrefour and domestic rival Casino to examine a merger deal.

What happened to Jodi Jones? Murder in a Small Town explores

Amazon says its Luna cloud gaming service is available to try for free in the US on select Fire TV devices, after launching as invite-only last year (Jon Porter/The Verge)