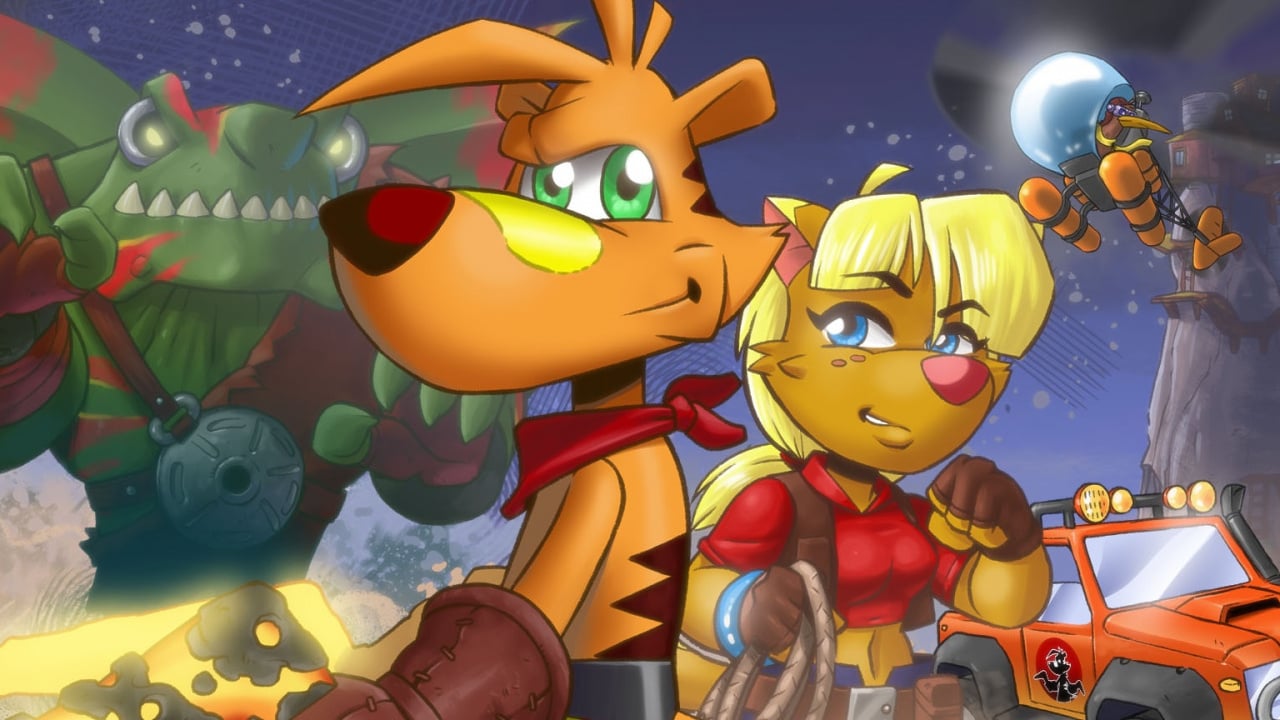 Last year saw the release of the original 3D platformer on Switch, so it’s only fitting to see the second entry. At the time of writing, it’s already well on its way to reaching its goal of $75,000 USD – with the goal to ship the game before 1st July 2021.

For just $20, you can get your name in the backer credits, an early invite to the pre-order store, and a TY2HD key code for the platform of your choice. Here’s what you can expect from the Switch version:

“For the PS4, XB1 and Switch in docked mode, we’ll also be looking at adding color correction and bloom and anti-aliasing.“

TY 2 was originally released on the GameCube, PlayStation 2 and original Xbox in 2004, and published by EA Games.

This sequel is an open-world adventure featuring more boomerangs, mechs and “more everything” – with the task to stop the evil machinations of the “diabolical Boss Cass”. The focus will be on releasing the Switch version first.

Will you be showing your support for TY 2 on Kickstarter? Leave a comment down below.

Nintendo Had A Spectacular Year, And May Have Big Plans – Feature

Super Animal Royale Is Parachuting Onto Switch Later This Year