Manchester United striker Edinson Cavani has been handed a three match ban after a misconstrued social media post landed the South American in hot water with the FA.

Cavani, 33, joined United on a free transfer during the summer transfer window’s deadline day, the move was confirmed on the club’s official website.

Since his arrival in England’s top-flight, the elite striker has featured in 14 games and has already been directly involved in six goals, in all competitions.

However, a social media post posted by Cavani prior to his side’s 3-2 Premier League win against Southampton on November 29 saw the forward use the term ‘Gracias Negrito‘. 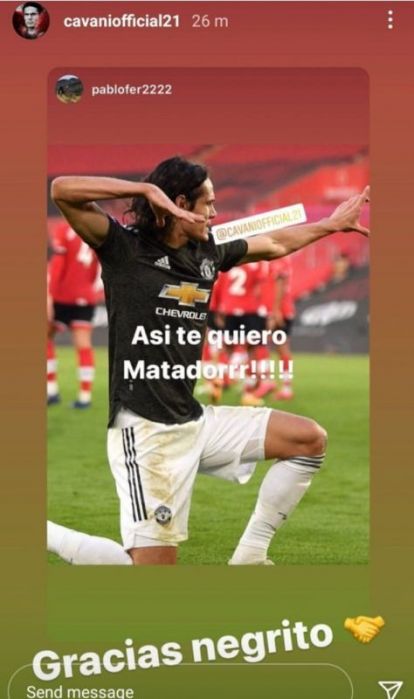 Despite the initial brow-raising term, it soon became clear that Cavani’s choice of words was the attacker speaking in his native tongue and was not a deliberate attempt to racially abuse anyone.

The lengthy investigation into the 33-year-old’s social media post have seen football regulators the FA decide to punish Cavani and hand the striker a three match ban, as per Daily Mail.

In response to the FA’s decision to ban Cavani, United have issued a formal statement (via the club’s website) which reads:

“As he has stated, Edinson Cavani wasn’t aware that his words could have been misconstrued and he sincerely apologised for the post and to anyone who was offended.

“Despite his honest belief that he was simply sending an affectionate thank you in response to a congratulatory message from a close friend, he chose not to contest the charge out of respect for, and solidarity with, The FA and the fight against racism in football.

“While it is clear that context and intent are key factors, we note that the independent Regulatory Commission was required to impose a minimum three game suspension.

“The club trusts that the independent Regulatory Commission will make it clear in its written reasons that Edinson Cavani is not a racist, nor was there any racist intent in relation to his post.”