Embracing Rejection and Getting to Yes in Your Career

Some of the greatest risks one takes have nothing to do with physical danger; they are the risks to the ego, to the self. One of these risks is that of rejection, and all of the unpleasant emotions and negative thinking that come with that. Weathering rejections takes a bit of practice and I offer you several lessons from my career.

The Wall of Shame

When I was in graduate school, I got my first lesson in putting yourself out there, bravely, frequently and for all to see. One of the assistant professors had a wall in his office that he designated the Wall of Shame. On it, he would display his grant application, publication and other rejection letters. Thinking back on it, he had a fairly impressive Wall of Shame. 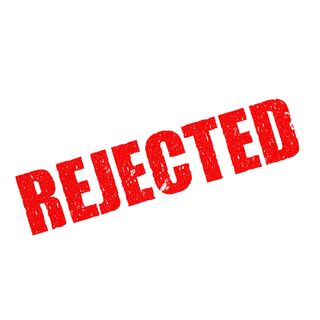 The students soon followed suit and his office became literally plastered with everyone’s rejections. The Wall of Shame had become a Wall of Honor, and to not be on the Wall of Shame indicated that you weren’t trying all that hard.

He began the difficult lesson that you have to be prepared for rejection if you plan to get anywhere, that you are not alone in your rejection experience, and that even the highest achievers amongst us get rejections.

You Will Never Accomplish That!

As I think back on some of my rejection experiences, the most formative was from a publisher the first time I submitted a proposal to write a book. One of the reviewers actually stated in their review “You will never publish this book!!!!!” and then outlined, not only the grave faults within my prospectus, but also some clear personal ones as well.

I won’t say that it wasn’t upsetting or that it didn’t take me a while to rebound from it. In the end though, it made me angry, angry enough that I decided I had to publish the book or that reviewer would be proved right. I sent it to a second publisher who also rejected it, albeit more politely and constructively. The 3rd time proved the charm and I find myself currently working on the 3rd edition of said book that would never be published.

The first unprofessional reviewer unwittingly served as an accelerant, though I like to think that I didn’t need that particular type of motivation. The danger of course is internalizing overly negative rejections, such that they halt your progress and make you apprehensive to try again. It is important to remember that if someone finds it necessary to attack you personally, the issue isn’t with you, it is with them. Pick yourself up, dust yourself off, get someone to Hold Your Beer, and try again.

I learned later that these kinds of attacks from blinded academic reviewers are not uncommon. There is even (what I call) a support group on Facebook called Reviewer 2 Must Be Stopped. It’s an adaptive way of dealing with academic rejection, using humor, getting input from others about publication experiences, receiving support and extreme empathy when you get a nasty review, as well as guidance on how not to be Reviewer 2.

If You Don’t Ask, The Answer is Always No

Early in my career, I had a memorable experience with a mentor. One day I was complaining about something that I wanted to do but that I did not think my command would support. He looked at me and said, “if you don’t ask, the answer is always no.” I later found out that this is a popular saying, and I like thinking that this was probably something passed on to him in exactly the same kind of moment in his own career. And, it was exactly what I needed at the time. I rolled with it (and then some).

Ask and Sometimes You Will Receive

Since wholly embracing the “if you don’t ask, the answer is always no” mantra, I went to town and doubled down on everything from funding and professional requests to duty station preferences to running for offices in professional organizations. Astonishingly, there have been a lot of unexpected yeses for requests that I thought had no chance, and, of course, not a few frustrating noes. As my mentor knew they would though, the yeses have surpassed the noes.