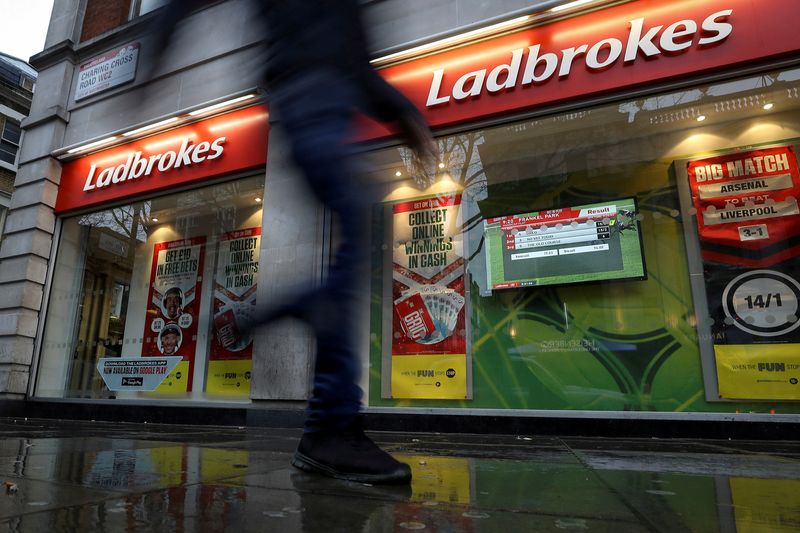 © Reuters. FILE PHOTO: A pedestrian walks past a branch of Ladbrokes in London

Segev, who would remain in his current role for six months or until a successor is in place, plans to join as co-CEO of DAZN, a privately-owned global sports streaming platform. He, however, added that MGM’s approach had had no bearing on his decision to leave.

The company also said the board remained fully in favour of its rejection of the MGM offer as undervaluing Entain.

“I can confirm that this changes nothing with respect to the Board’s view of the recent proposal from MGM Resorts International to acquire Entain. The Board remains unanimous in our view that the proposal significantly undervalues the Company and its prospects,” Chairman Barry Gibson said.

Segev was a long-term employee who took the reins of the company after the departure of Kenny Alexander last year, who was credited for the company’s development away from high street betting into an online gambling powerhouse.

“We are sorry that Shay has decided to leave us but recognise that we cannot match the rewards that he has been promised,” Gibson said.