Borussia Dortmund star Erling Haaland may have hinted at an interest in sealing a transfer to Real Madrid.

The Norway international has been on fire for Dortmund and this has led to transfer rumours linking him with a number of Europe’s top clubs.

Real Madrid are among those being most strongly linked with Haaland, and so he raised a few eyebrows by liking this picture of the Bernabeu in the snow… 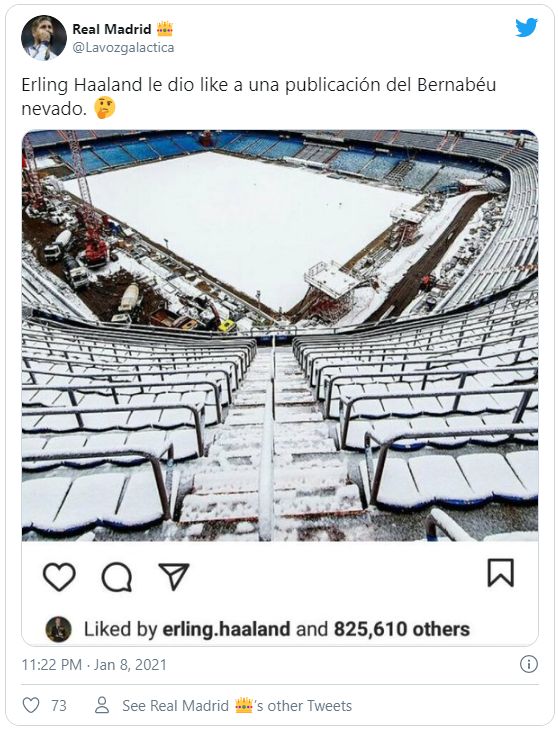 Haaland has also been linked with Chelsea and Manchester United, so they’ll hope this doesn’t deal a blow to their hopes of signing him.

The 20-year-old is one of the most exciting young players in the world and it would be a joy to see him in the Premier League in the near future.