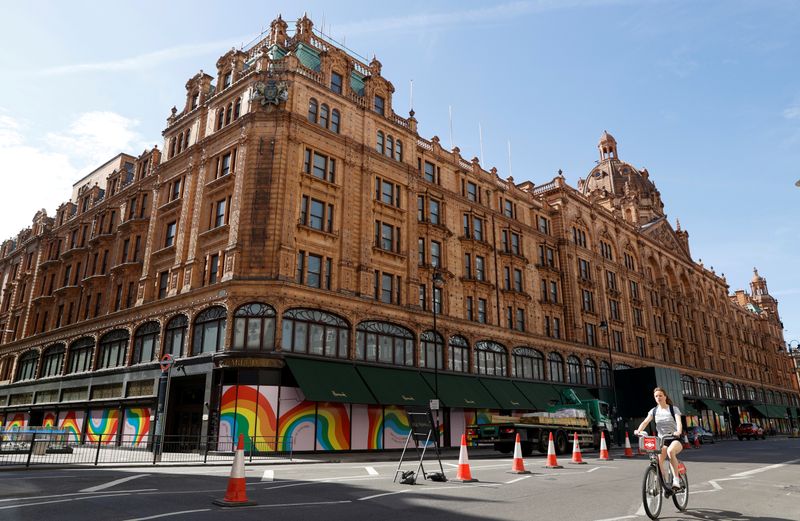 By Saeed Azhar and Tom Arnold

DUBAI (Reuters) – Qatar Investment Authority is generating strong returns on a multi-billion dollar bet it made on distressed debt and highly rated bonds at the start of the COVID-19 crisis, two sources familiar with its move said.

QIA, a sovereign wealth fund with assets of $300 billion, owns department store owner Harrods and stakes in Barclays (LON:) and prime properties such as Canary Wharf in London, bet that investment grade bonds would rebound from lows hit in March, investing in both sovereigns and corporates, they said.

It was not alone in such a shift, as sovereign wealth funds invested a net $4.5 billion across U.S. fixed income in the third quarter of 2020, the most since at least the end of 2017, latest data from eVestment shows.

The Investment Grade Corporate Bond Index has gained about 20% since hitting a low of 417.88 in mid-March.

And in a departure from its previous portfolio purchases, QIA also put significant sums into so-called distressed credit, including funds that help struggling companies.

This too has paid off for the fund, with S&P U.S. High Yield Corporate Distressed Bond Index up by more than 80% since hitting a record low of 119.44 in late March.

The financial sources, who were familiar with the details of the deals, declined to be named because they are not public.

QIA confirmed its moves into both investment-grade bonds and distressed debt in an email, but did not provide details.

The sources said this reflected a maturing of the QIA’s strategy under Mansoor al-Mahmoud, a former head of risk management at the fund who became chief executive in 2018.

It also owned a stake in U.S. jeweller Tiffany & Co (NYSE:), which it sold as part of LVMH’s $15.8 billion acquisition, making a gain of around $892 million, according to analyst estimates and data from filings.

Other Gulf funds also bulked up on riskier assets during the height of the COVID-19 pandemic, with Saudi Arabia’s $400 billion Public Investment Fund investing more than $7 billion in U.S. and global stocks in the first quarter.

It raised its overall exposure above $10 billion by the second, before shedding $3 billion in the third quarter of 2020.

As part of its shift into credit, QIA has also teamed up with Credit Suisse (SIX:) on a joint platform to provide financing to upper middle market and larger companies in the United States and Europe.

“We deployed capital in investment grade, high yield, distressed and structured credit markets using a combination of our in house expertise and external fund managers, including the previously announced Credit Suisse lending platform,” the QIA spokesperson said in the email to Reuters.

QIA’s investment via the deal was estimated at $1 billion by Global SWF, a data provider that tracks sovereign wealth funds.

QIA does not publicly disclose its annual returns, however Global SWF estimates that across all sovereign wealth funds, returns dropped to 2.2% in 2020, from 18.3% growth in 2019.

Israel stocks higher at close of trade; TA 35 up 1.53% By Investing.com

Saudi Arabia stocks higher at close of trade; Tadawul All Share up 1.18% By Investing.com