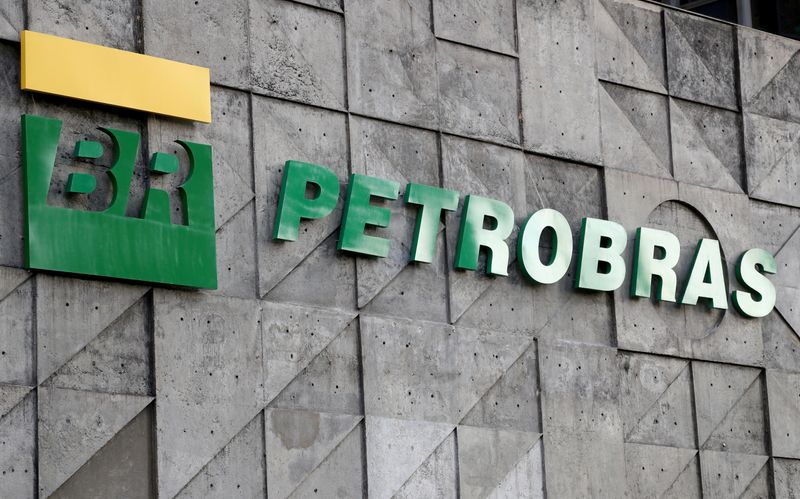 © Reuters. FILE PHOTO: A logo of Brazil’s state-run Petrobras oil company is seen at its headquarters in Rio de Janeiro

BRASILIA (Reuters) – Brazil’s state-run oil firm Petrobras said late on Tuesday that four of its board members would leave at the end of their terms, requesting not to be reappointed after President Jair Bolsonaro decided to replace the company’s chief executive.

Petroleo Brasileiro SA, as the company is formally known, disclosed messages from the board members in a securities filing stating their reasons for effectively resigning.

After complaining about high fuel prices, Bolsonaro has appointed Joaquim Silva e Luna, a retired military officer who had been running the Itaipu hydroelectric dam on the border with Paraguay, to replace Chief Executive Roberto Castello Branco.

The move revived old concerns over government interference in Petrobras and its fuel pricing policy, as has happened under previous administrations.

Branco will officially step down at a shareholders meeting, whose date has yet to be set. The four board members would also step down at that time.

Two of the board members said they could not accept reappointment because of personal reasons, while another said his term was being “interrupted unexpectedly” without explanation.

A fourth board member said that he would not continue because of “upper management changes,” which he said weren’t in-line with best management practices.