How Personality Traits May Change Over Time 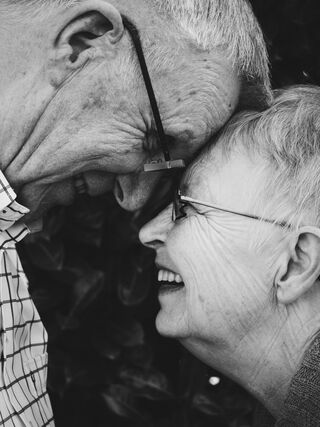 You may have heard the adage, “People don’t change.” Actually, we someetimes do, according to psychological science.

We become more upbeat. Now a new analysis of data from 60,000 people in the United States, the Netherlands, Sweden, Scotland and Germany backs up earlier reports that most of us become less neurotic after the age of 60, growing more positive until we hit old age.

The analysis pulled together information from 16 studies and looked for links between personality changes and age and gender. Although the studies had differences, there were evident patterns across the studies.

The participants had all answered questions designed to measure what psychology theory calls the Big Five traits. The key is that the volunteers answered the questions on at least three occasions, and the researchers measured the changes.

What are the Big Five traits? In the Big Five theory of personality, we’re each a combination of extraversion, agreeableness, openness, conscientiousness, and neuroticism. Each trait is imagined as a scale, so you can be more or less agreeable, for example.

Openness was stable through middle adulthood, but decreased in our last years.

Neuroticism—being anxious and pessimistic—decreased through most of adulthood, especially for women, before rising again as women hit old age and people around them may begin to die.

Why do we say, “people don’t change”? The real message of the adage: don’t expect someone to change the way you want him to, and not quickly.

Other research suggests that while your personality may change over time, over the decades you’re likely to still be stable on certain traits, seeming “more open,” for example, or “more disciplined” than other people in your age group.

However, this isn’t true for all of us. In the latest analysis, the researchers wrote, “people change differently on different traits, personality is not stable for everyone across the lifespan (but is for some people), and accounting for or explaining these changes is difficult.”

Can life change you? There is evidence that a catastrophe can change personality, making an extraverted and less neurotic person withdrawn and anxious. Serious diseases like dementia, addiction, or mental illness can change personality and behavior. For example, alcoholism over time triggers depression and may lead to abusive behavior.

On the other hand, feeling happy with your life may reinforce certain personality traits. When life is going well, you may become more agreeable, conscientious, emotionally stable and—perhaps surprisingly, introverted. You may become more self-contained and less talkative when you’re content.

A version of this story also appears on Your Care Everywhere.