How to Contain Your Inner Critic 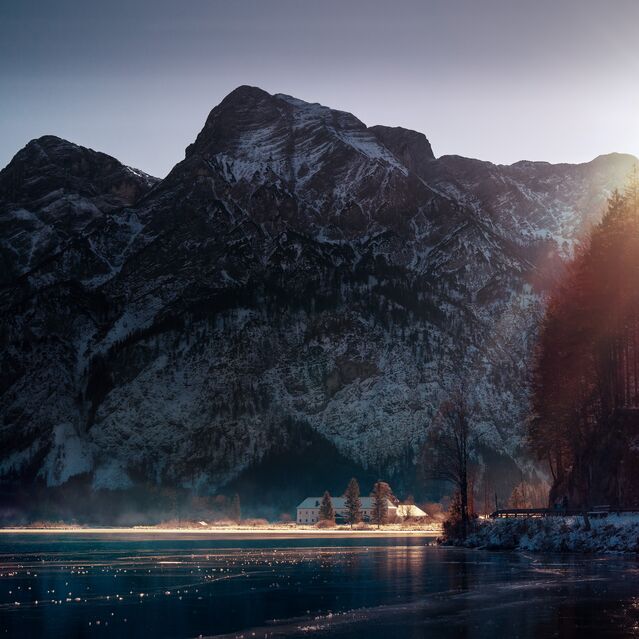 High-Achievers are motivated by the need to achieve. They stand out for their work ethic, persistence and self-discipline. This combination provides them with the necessary stamina to jump over numerous hurdles and perform at a high level.

However, there is one hidden hurdle that is hardest to overcome. It lives inside of you. Though concealed from others, it is a formidable foe that can derail you from reaching your goals.

The foe is your Inner Critic who Freud termed the superego. This is the part of your personality which determines personal standards of right and wrong. Its formation begins in early childhood often stemming from internalized parental demands and prohibitions.

High-Achievers are well-acquainted with the judgmental voice inside their head scrutinizing their every move. They experience shame, guilt and anxiety every time the Inner Critic lashes out because they failed to meet expectations.

The Inner Critic is a master storyteller who influences your thoughts, emotions and behaviors. Your Critic may deter you from pursuing goals by saying “You are not good enough” or “Who do you think you are to achieve that goal?” You may also avoid taking action for fear of failing and facing your Critic’s harsh disapproval.

I am familiar with this foe. For the longest time, I held back from publicly sharing my writing. My Inner Critic would tell me “Why would anyone care about what you have to say?”

Learning how to contain your Inner Critic is critical to overcoming your fears and reaching your fullest potential. Here are 5 steps to help you achieve this.

We often forget that the Inner Critic is only a part of our personality. We become so intertwined that we forget to create the necessary space to evaluate our Critic.

Consider how you can hear the Critic monopolizing a conversation in your brain. You (the Subject) can hear your Inner Critic (the Object) talking about you. Taking the time to observe your Inner Critic is essential to create the necessary separation.

To assist with creating the necessary distance, visualize your Inner Critic. Pretend they are an actual person and give them a name. This will make the Inner Critic more tangible.

High-Achievers tend to have a Love-Hate Relationship with their Inner Critic. Even though the Critic is a source of tremendous pain and anguish, they are reluctant to let go of their Critic. They believe their Critic gives them an edge by holding them accountable. They fear slacking without the threat of being punished.

Your Inner Critic is not helping you reach your fullest potential. On the contrary, they are holding you back and making it harder for you to achieve your goals. They plant the toxic seeds of shame and anxiety through derogatory comments.

Shame is not a healthy tactic to promote discipline and accountability. People who have a propensity for feeling shame often have low self-esteem and are at higher risk for psychological problems such as depression.

Why the double standard? Why is it permissible for your Critic to talk to you in such a toxic manner?

It is time to take action against the Inner Critic. Ignoring or suppressing their voice will not work. Research shows that suppression increases the activation of a thought at a level below conscious awareness.

Your best option is to stand up and challenge your Inner Critic.

Write down their main attack. It tends to be a personal attack that provokes shame such as “You are worthless” or “You are a failure”.

Our Critic often thinks in erroneous ways known as cognitive distortions. Challenge the Critic by writing down counterarguments.

One way to challenge your Critic is to separate your identity from your performance on a task.

“Just because I failed, it does not mean that I am a failure”.

Your Critic also tends to magnify your failures and minimize your successes. Remind your Inner Critic of your achievements.

Finally, your Critic tends to engage in worst-case scenario thinking which fuels anxiety. They may catastrophize the effects of failing on a task. Remind your Critic that failure is a wonderful opportunity for growth.

“Even though I am upset that I failed, I can extract valuable lessons from this experience.”

You do not need an Inner Critic to maintain your edge. You can cultivate a kind, loving inner voice to support you through adversity.

In our fiercely competitive society, kindness has become an afterthought. We are prioritizing achievement over kindness. According to a national survey of 10,000 students, almost 80% of youth picked high achievement or happiness as most important to them, while roughly 20% selected caring for others.

However, kindness can help us perform better. Evidence suggests that children who help others end up achieving more than those who don’t. Kindness can motivate us to collaborate by finding meaning in helping others and forming deeper relationships.

To discover your Inner Kind voice, imagine a loved one is facing adversity. For example, despite their best efforts your child scored poorly on an exam or your best friend did not get the job promotion. How would you talk to them? Would you criticize them at their lowest point or would you help them get back on their feet?

The answer is obvious. You would approach them in a loving and caring way. This is the same language and tone to use when talking yourself through failure. Amplify your Inner Kind Voice in place of your Inner Critic.

Your Inner Critic has sat in their throne for a long time. They are not going to relinquish their spot without putting up a fight. There will be times when your Critic gets the upper hand by lashing out.

Be kind to yourself when this occurs. Do not beat yourself up for falling to a formidable foe. Even in defeat, you can learn valuable lessons. Apologize to yourself for your Critic’s outburst and continue to work on containing your Inner Critic.