How to Find a Common Language?

When my sister and I were quite little we made up a secret language that no one else could speak. It was somewhat complicated, particularly as at five or six I could not yet read very well or even spell any but the simplest of words. However, we decided to say words backwards: cat thus became tac and dog became god. I don’t think we got very far with this, but it was an attempt to shut out the rest of the world and to enclose the two of us in a secret communal space.

Families often devise languages of their own that work in this way: certain expressions, which used once and repeated often, gain a special meaning for them. Natalia Ginzburg, the wonderful Italian writer in her book, “Family Lexicon,” writes about this. She says, “If my siblings and I were to find ourselves in a dark cave or among millions of people, just one of those phrases or words would immediately allow us to recognize each other. Those phrases are our Latin,  the dictionary of our past, they’re like Egyptian or Assyro-Babylonian hieroglyphics, evidence of a vital core that has ceased to exist but that lives on in its texts, saved from the fury of the waters, the corrosion of time. Those phrases are the basis of family unity and will persist as long as we are in the world.”

How to find then this common language, a language that would enable us all to talk, that would make us feel part of the same family? How can we reach others who have perhaps very different views from us, who use words differently, for whom the words “patriotism” and “democracy” or even “nationalism,” for example, have very different connotations? It seems it is essential if we are to recognize that we all belong in the end to the same family, the human family, that we choose our words carefully and define them scrupulously and exactly so that when we use them we are saying the same things.

Words, unfortunately, can so often be used not to bind but to separate. They can be used like weapons. We all remember the rhyme from our childhoods: “Sticks and stones can break my bones but words can damn near kill me.” We need to remember that and to use care in our choice of words to speak a common language and mean the same thing, a language that does not divide us into different groups or pit us one against the other but unites us, words that give us common ground. 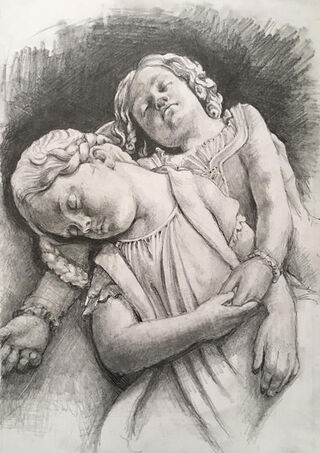