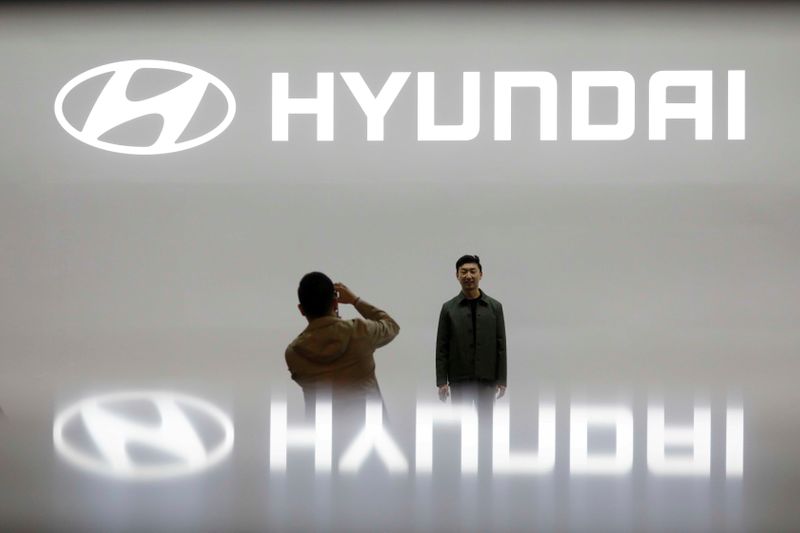 © Reuters. FILE PHOTO: Visitors take photographs in front of the logo of Hyundai Motor during the 2019 Seoul Motor Show

By Heekyong Yang and Joyce Lee

LG will assume 70% of the estimated $900 million costs to replace battery systems in some 82,000 electric vehicles globally, according to Yonhap news agency and other South Korean media.

But Cho Hyun-ryul, an analyst at Samsung (KS:) Securities, said he estimated LG’s burden was slightly lower at 62% of the costs.

Hyundai and LG Chem, whose wholly owned LG Energy Solution makes the batteries, declined to comment on how costs were divvied up.

The recall, which mostly concerns the Kona EV, Hyundai’s biggest selling electric car, is one of the first mass battery pack replacements conducted by a major automaker. It has been closely watched as it has set a precedent in how car and battery makers split the bill when problems arise.

The latest recall for the Kona EV follows a recall late last year for a software upgrade after a spate of fires. One of the recalled Kona EVs caught fire in January, however, and South Korean authorities launched a probe into whether the first recall had been adequate.

The new recall applies to nearly 76,000 Kona EVs built between 2018 and 2020, including about 25,000 sold in South Korea. Some Ioniq EV models and Elec City buses were also included.

The estimated 1 trillion won ($900 million) in costs includes 38.9 billion won that was spent on the first recall.