Koeman has come under scrutiny so far this campaign for his unwillingness to use Puig, who is considered one of Barca’s brightest young talents. While Ansu Fati, prior to his injury, and Pedri were given an opportunity to shine, Puig had to watch on from the sidelines.

Thankfully for Koeman and Barcelona, Puig was on the field of play tonight as their Supercopa de Espana clash with La Real went to penalties – albeit, he was only on as a substitute.

It was he who took Barcelona’s fifth and final penalty, knowing that, should he find the back of the net, they would progress. As though there was ice running through his veins, he beat the goalkeeper. 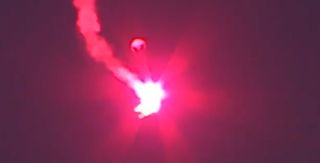 Speaking post-match, Koeman offered insight into how Puig stepped up to the mark and took responsibility for taking what would be a potentially decisive fifth penalty. Barcelona fans will love this!

Koeman: “I had four names on my paper and I said ‘who takes the fifth?’ And Riqui said ‘I’ll take it’. Perfect.”