Living Apart Together in a Pandemic

There’s a stretch of Highway 17 that runs from Hardeeville to Mount Pleasant, South Carolina where fuchsia colored azalea bushes dot the road in spring, where peach jam and boiled peanuts are sold in late summer and where Gullah artisans sell their sweetgrass baskets. This is also the landscape that marks the geographical distance between my partner, Mike, and me. 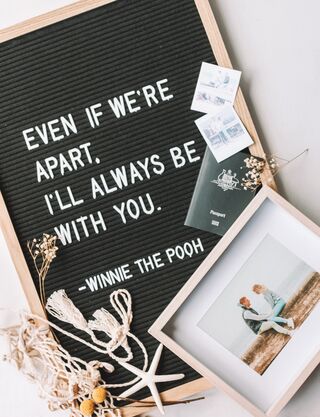 Ours is a relationship both fully defined by distance and one where distance is probably the last thing I would use to describe us. We are part of that relatively new phenomenon of couples who are LAT—living apart together, two hours door to door. As it turns out this has become fabulous practice for keeping love fresh and alive in a quarantine.

Every morning since December 1, 2012 when I first met Mike, he has sent me an e-mail.  Each day, I stumble out of bed, turn on the coffee maker that I had prepared the night before, turn on my phone and check my e-mail and find a message from Mike, written somewhere between 7:25-7:40am. I could set my clock to when his email lands in my inbox just as I could set it for 9:40-9:55pm when he calls me every evening.

He sends me haikus, random lists featuring everything from problems cooking rice to dreams of our next getaway, goofy recordings, poems and homemade movies. We’re generally together every weekend and vacations but on the rare occasions one of us is away, he digs into his archive of the thousands of e-mails he has sent and chooses one to re-send, the subject heading of which becomes Saturday (or Sunday) reruns. Rituals like these enhance a relationship; they are something to count on and they cement the foundation and the connection. They become habits of loving.

A monkeyface is a sight to behold
Like a slice of cheese without any mold
With a smile that is oh so bright
So I’m waiting on Friday night
When the monkeyface will be in sight
Then later that night after a game of UNO
We will be in bed doing, well, you know.

We love our time together yet crave our solitude nearly as much. Since the pandemic seized its grip on our lives, we initially went almost eleven weeks without seeing each other, yet in addition to e-mails, calls, and texts, Mike surprised me for Saturday night FaceTime dates complete with UNO, wine, and bluegrass, wearing a tuxedo one time, a jacket and new tie another, and an Indiana Jones outfit while singing to me. He’s not one to verbalize “I love you” as often as I am but he has figured out every way possible to show me he does regardless.

I’ve worried Mike must be sick of writing all these morning e-mails but I think he’s come to see what they do for me, for us, and he continues to fill the inbox of my heart. By being steady and spontaneous, he has crafted a sensuous narrative, at once dreamy and grounded, this intimate geography that connects us on that long road.