In the 40th minute of their Premier League encounter against Chelsea, Leicester extended their lead immediately after the Blues thought they had a penalty in a clinical move.

After Mason Mount skied the free-kick that for a foul initially deemed in the box before a VAR review, Kasper Schmeichel launched the ball forward and spelled danger.

Marc Albrighton managed to keep the ball after a 50/50 duel and showed his superb quality as he looked up and floated the ball forward into Jamie Vardy’s path.

Both centre-backs – Antonio Rudiger and Thiago Silva – stuck with Vardy, the forward fell over as the ball came in after being hit by an apparent outstretched arm by Rudiger.

The ball was left to bounce, where James Maddison punished attack-minded Reece James for failing to track his penetrating run, as the attacking midfielder tucked the ball into the net with a tidy finish.

He sweeps it past Mendy, taking advantage of some poor defending from Chelsea. 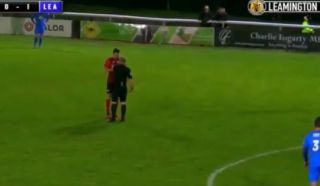 Whilst James suffered a moment to forget in leaving Maddison in loads of space, the decision of both Silva and Rudiger to go with Vardy was equally as bad.

This Chelsea team will have to come out as men possessed in the second-half, otherwise a defeat or even a draw tonight could leave the club with no choice but to sack legend Frank Lampard.

Mario Kart Live: Home Circuit Is Now Available In The UK For £79.99

A report from the National Security Commission on AI, which is chaired by Eric Schmidt, finds that the US is not fully prepared for AI competition with China (Mila Jasper/Nextgov)