Maskers Versus Anti-Maskers: Who Are the Bigger Sheep? 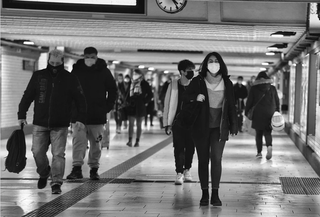 Although most Americans support wearing masks, there are many who oppose it (Thompson, 2020). People from each side have referred to the other side derisively as a bunch of sheep (though the insult seems more commonly used against those who wear masks). Is such a label justified? If so, is one side more guilty of sheep-like behavior than the other?

In answering these questions, I hope to draw in both sides of the debate and to encourage a fuller understanding of each other beyond the developing stereotypes (not that all readers need my help). Despite the coming of vaccines, we need to do better to come together in safety behaviors. I acknowledge upfront that I lean toward science-based advice and wish even more people would wear masks, but I don’t dismiss anti-maskers’ views or motivations out of hand.

Before answering these questions, a few notes seem in order. First, despite individualistic ideals in the United States that tell each of us to be our own person, a little sheep-like behavior is not always a bad thing. Everyone driving their cars on the right side of the road prevents deadly accidents. Instinctively following a screaming crowd out of a movie theater in an emergency can efficiently lead us to safety.

These examples don’t automatically imply that wearing masks is a good thing, but they establish that conformity is not always bad. The belief that going along with the flock is always bad can lead to biased decision making, ignoring a beneficial course of action, and even doing a harmful opposite of what an informed majority pressures us to do (called reactance).

Some people view anti-conformity as an individualistic ideal that frees us from mob influence. But when large numbers of people cause us to do the opposite in reactance, where without the external pressure we might’ve behaved more moderately, we are still under others’ (unintended) influence. To be influenced this way would not reflect any individualistic ideal.

Second, it seems unproductive to call each other “sheep” in a worsening pandemic. It may be understandable when we’re upset, but the insult can cause bad feelings and impede understanding of each other’s position, which can slow our collective efforts to address the crisis. In general, shaming or demonizing either side can be counterproductive (Marcus, 2020; Stalder, 2020).

Third, in the spirit of better understanding each other, we can remind ourselves that anti-maskers are not all the same, nor are all maskers. Some anti-maskers are anti-science or subscribe to pseudoscientific ideas about addressing the pandemic. Some are so afraid of the pandemic, or so stressed by other hardships, that they’re in denial we’re in an emergency. Some are trapped in a Fox News echo chamber. Some legitimately care about individuals’ freedom. Some feel bullied by a government mandate and show reactance by digging in their heels. Some don’t want to be the “sheep” they perceive maskers to be. Some underestimate their vulnerability or their likelihood to pass it on without symptoms.

Some anti-maskers are simply uncomfortable wearing a mask or feel embarrassed or cowardly to wear one, especially men (Marcus, 2020). For a few, there are medical issues that justify not wearing a mask. These are not the only issues, and some anti-maskers fall into many of the above categories (Stewart, 2020).

And yes, some anti-maskers are behaving like a bunch of sheep, in that some are just going along with family or peers, whether on Facebook, at a White House party, or in general support of their political side. Or some would like to wear a mask but fear being criticized by other anti-maskers (part of groupthink). Some are simply following a celebrity conservative commentator or a political leader (though they tell themselves it’s about personal liberty) (Collman, 2020).

Maskers can similarly be divided into subgroups. Some are trained in science or simply trust it. Some take the common-sense view of “what’s the harm.” Some only watch MSNBC. Some fear they may get sick or pass the virus to more vulnerable others. Some are sheep who are just going along with like-minded others or high-profile liberals (though they tell themselves it’s about the science). Some would like to skip the mask but fear being criticized by other maskers. If there’s a local mandate, some are simply avoiding the penalties for breaking the law.

These complexities are not often considered when one side gets angry at the other. Some maskers might say that anti-maskers’ complexity doesn’t matter, because lives are at stake. Fair enough. But in general, intergroup hostility or prejudice is worsened by the oversimplification of the other side, by misperceiving those on the other side as all the same (called the outgroup homogeneity bias). Those who acknowledge the complexity are not apologists for anti-maskers if their goal is to reduce the spread. Persuading anti-maskers is aided by understanding their reasons (Marcus, 2020).

Is the “Sheep” Label Justified? 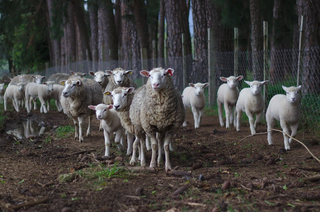 Source: Image by Free-Photos on Pixabay

Do we know which side has more sheep or more individuals whose behavior reflects conformity processes? It’s an empirical question that I attempt to answer.

First, let me dismiss the notion that just because a larger number of people do the same thing (namely wearing masks) doesn’t mean doing it makes them sheep. A larger number of us have also rejected the idea the Earth is flat, but that doesn’t mean we’re sheep for believing the Earth is round. The Earth is round. Coming to a conclusion through science or critical thinking or observable facts, even when that conclusion happens to be adopted by everyone, is not sheep-like behavior. It’s just a bunch of humans using their individual cerebral cortexes. 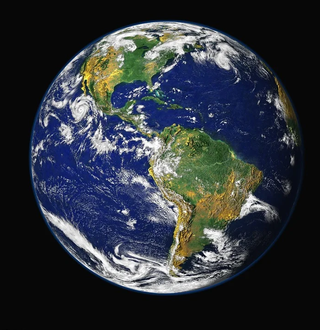 I know that not all of us trust the science as factual, and I know that Covid-19 research is not as obvious as the shape of our planet. But the research on the effectiveness of masks has been more than solid for many months now.

Let me suggest the possibility here that some anti-maskers who appear anti-science may actually trust science in general, like the agricultural science that feeds their families, the medical science that extends their lives, or the physics that builds weapons to protect their country. But when the science goes against their political views or feelings of personal comfort or liberty, they become suspicious. Discounting valid research for such reasons falls under the confirmation bias and is understandable, but it undercuts critical thinking.

In any case, I regret that the issue of trust in science may be an unresolvable barrier between some maskers and anti-maskers.

Who Are the Bigger Sheep?

To directly assess which side has more individuals who are going along with a flock or a leader, versus applying careful or critical thinking, new research needs to be done. Mass mask-wearing in the U.S. is new, so we might have to wait a few more months for such publications.

But for now, I can share less direct evidence that suggests that anti-maskers are generally more prone to conformity than maskers. For example, anti-maskers are much more likely to be conservatives (Padilla, 2020) who typically score higher than liberals on measures of group-centrism and authoritarianism (Jost et al., 2003; Kruglanski et al., 2006; Stalder, 2009). These general results mean that conservatives and anti-maskers (not all of them) are more likely to go along with and show loyalty to their group and their leader and to pressure fellow group members to do the same, particularly in times of crisis.

It’s not that liberals and maskers don’t do these things, but they do so to less degree. And it’s not that group-centric behavior makes you a mindless sheep. Group-centrism and group-based behavior have been described as a “major evolutionary achievement” that allows us to find our way in a crisis (Kruglanski et al., 2006) but that doesn’t make it less conforming.

Another reason maskers seem to contain fewer pure conformists than anti-maskers is because maskers’ primary reason for masking up is science. Yes, if people blindly follow the health experts in their decision to wear a mask, that may seem like conformity. But a tenet of philosophy and science and everyday life is that no one has time to learn everything on their own. In making a medical decision, it is logical to trust those who are medically trained, even if they are not always right. The odds would be in your favor.

As stated by Craig Anderson, renowned for his work on understanding human aggression, “Logically, people who aren’t themselves true experts in a scientific domain should base their beliefs about that domain on the statements made by the true experts” (Anderson et al., 2015).

The U.S. has been failing in its response to the virus. Vaccines are on the way, but they won’t solve the crisis on their own, at least not for a while. Masks are not 100 percent effective, but they greatly help. If you’re not convinced about masks, please try to keep an open mind while more and more research comes out that supports their effectiveness.

Despite the name-calling of maskers as “sheep” by some anti-maskers, the (indirect) evidence suggests anti-maskers are just as sheep-like if not more so. But name-calling is not the best approach, and to assume that everyone on the other side is not thinking logically or for themselves is an unfair generalization. If they criticize you first, I understand the urge to lash out in kind, but let’s try to persuade each other without presumption, to save lives.