Jose Mourinho is considering a loan move for Real Madrid defender Eder Militao this month, according to Todo Fichajes.

Mourinho is short for options at the back, with Tottenham still competing in three competitions – the Premier League, Europa League and FA Cup.

A new centre-back will likely be pretty high on Mourinho’s list of priorities for the winter transfer window, and Todo Fichajes he could look towards Militao.

Militao, formerly of Mourinho’s beloved Porto, is surplus to requirements at the Santiago Bernabeu, with Todo Fichajes reporting that the player himself is open to the idea of going out on loan.

Todo Fichajes believe that Mourinho is considering bringing him to Tottenham on a temporary basis. Real Madrid would likely not entertain a sale, with Militao without doubt one for the future. 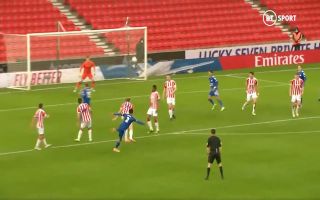 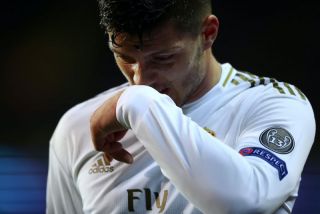 Whether that would be for what remains of the 2020/21 campaign, or beyond, remains to be seen, but Mourinho could do far worse when it comes to cut-price deals conducted mid-season.

If Militao is available for loan, as Todo Fichajes suggest he is, it may well be wise for Tottenham to beef up their defensive options with his arrival.