Supreme Court unanimous! American Muslims placed on No-Fly List for refusing to spy on their communities can sue FBI agents for damages 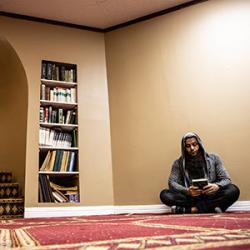 “It is a soaring feeling,” said lead plaintiff Muhammad Tanvir. “I made my life in this country, so this is important not just for me, but for everybody. I don’t want the same thing that the FBI did to me to happen to others.”

On Thursday, the U.S. Supreme Court ruled unanimously that American Muslims who were placed or kept on the No-Fly List in retaliation for refusing to spy on their communities may sue individual FBI agents for damages for interfering with their freedom to practice their religion. The men initially sued to be removed from the list. After years of being prevented from flying, and just days before the first major hearing in the case, the defendants issued letters to our clients informing them they were no longer on the list. A judge then dismissed the remaining portion of their lawsuit, which sought damages for the emotional and financial harm the men had suffered, but a federal appeals court reinstated the case. The Trump administration appealed to the Supreme Court, which upheld our clients’ right to sue for damages. The case can now proceed before the district court.

The lengths to which the federal agents went to disrupt our clients’ lives, instill fear, and try to coerce them into becoming informants, are harrowing and make our clients’ decision to protect their religious communities all the more courageous. You can listen to Muhammad describe what happened to him here. He persevered and demanded accountability. In another video, our second client Naveed Shinwari breaks down why he refused to spy, at great cost to him. You can watch that video here.

“Simply getting to the Supreme Court and shining a light on these kinds of abuses, FBI practices, is in and of itself extremely important and kind of previously unthinkable,” Staff Attorney Diala Shamas shared with the Washington Post, which published a piece on the case the day that the decision was announced.

This decision is a huge victory, but the fight for accountability continues. Learn more about the case by visiting our resource page, where you can find the Supreme Court opinion, a link to our case page, FAQs, videos, and the stories of our clients.

Check out our Human Rights Vision for the First 100 Days!

On Thursday, December 10, International Human Rights Day, we shared our Rights-Based Vision for the First 100 Days. Our new policy document outlines necessary steps that President-elect Joe Biden and the 117th Congress must take in their first 100 days. It is rooted in human rights and amplifies the future visions articulated by impacted communities and movements for social justice.

Read here about how decision-makers can immediately begin to address racial disparities of COVID-19; recalibrate national priorities; and commit to structural social change. In the first 100 days, we’re calling on Congress and the president to institute policies that remedy historical injustice, upend systemic racism, and guarantee human rights for all.

This is a moment of opportunity and opening, and we’re excited to work together with movement partners and continue building out a policy agenda that responds to human needs and repairs harm.

Stay tuned in the coming months for more ways to get involved!