Our Pain Is Endless | Psychology Today 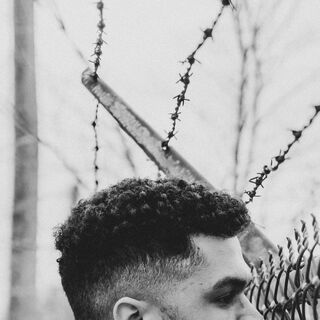 After the assault on the United States Capitol on January 6th, my heart breaks for my country. But there is no surprise here.

A democracy?  This is not and has never been a democracy for African descended people in America.   For us it is a farce, it is a mask, it is a show. What are the privileged doing?  Why are they horrified?   Why do they continue to try to separate themselves from the disgusting and blatant presence of racism?  This is not about politics; this is about people.  This is about the willingness to allow irresponsibility under the guise of “Making America Great” thrive, fester, and spread in our country.  We as African descended people have been subject to violence, racism, hatred, mistreatment, oppression, and disenfranchisement on a daily basis and it is ALLOWED with little to no shame, apology or acknowledgement.

You want to speak unconstitutional?  Talk about the structural racism that is abundant, pervasive, and permitted solely to oppress, demean, and strip BIPOC of any chance at true sustained success, generational wealth, and advantage.  When will there be justice?  Those purportedly well meaning, privileged individuals are sadly silent.  Why are they still afraid to speak?  It is because they do not want to chance losing their privilege.  Why can’t they admit it?  Because it has never truly been “One nation, under God, indivisible, with liberty and justice for all.”  They want to remain comfortable while so many have been uncomfortable for generations.  So many have suffered so that they can stay comfortable.  What will it take?  When will we see “civilized society”?

America and the world have recently seen anarchy, domestic terrorism, and acts of treason in our country.  It has rocked us to our core because Americans are used to being viewed as democratic, civilized, and progressive.  On January 6th we were anything but.  Americans are comfortable pointing the finger at marginalized groups and other countries for the ills of society; today the switch is flipped.  And still there is little to no acknowledgment of the root of how we got to this point: hate.  The hate that continues to stem fear for BIPOC, for their children, their communities, and themselves.  We are tired of the apologies, we want action to reverse the ubiquitous, despicable hate that continues to be tolerated and supported in our communities and our country.

I am on the app called Nextdoor, where people keep one another informed about things such as water main breaks, places to eat, and recommendations for services.  At times like these, I have to stay away from these types of apps because I don’t want to be disappointed and hurt by who some of my neighbors really are and how they view BIPOC and indeed me.  You see, just as some hate filled individuals do not want to see me, I do not want to acknowledge that my neighbors reject me merely for the color of my skin.  Americans who say they want to see social justice need to SHOW UP and put their money where their mouths are.  Georgians were instrumental in making a statement that in essence screamed “Enough is enough.”  African descended individuals know that had those rioters who were allowed to stampede Congress and storm Congressional halls been BIPOC, they would not have been able to progress or live as events unfolded.  You might say we can not possibly KNOW that.  Our reply would be: Breonna Taylor, Ahmaud Arbery, George Floyd, and the numerous others shot down and murdered merely for being a person of color.

My children vote for our democracy with the very real knowledge that they live in a society that by design oppresses, devalues, and others them.  Protestors declaring that “Black Lives Matter” are demonized as pollical agitators, Marxists, instigators.  Police, the National Guard, rubber bullets, tear gas, and acts of aggression were unleashed on them on multiple occasions.  Where was that response in Congress on January 6th with the mob and chaos we witnessed in Washington, D.C.?  Absent. An insurrection was permitted as enforcement stood by and response was delayed. Members of Congress were put in danger.  The sacred chambers of our democracy were put in jeopardy.  The hypocrisy deafening.

African descended individuals saw yet again just how little the rules apply to the privileged as they marched across Congressional floors proudly waving the Confederate flag, breaking windows, desecrating Congressional offices, and destroying valuable artifacts.  Yet we are told we are making too much of events, we are being overly sensitive.  We are invalidated and gaslighted and expected to continue on as though nothing has happened.

I am angry. I am told to be calm so that I will not be viewed as the stereotypical “angry Black woman.”  I am hurt. I am told to develop a thicker skin. I am tired. I am told to keep my head up and continue moving.   Yet I continue to work to increase diversity, equity, and ensuring that our voices are heard.  I do this with resolve and with tears for our country, for our children, and for our future.

On January 6th, my granddaughter looked at me with concern, likely fearing that I am having an emotional breakdown, my tears and anger vacillating with every news report.   We as Americans, all of us, deserve better and we can do better together. As the African American national anthem “Lift Every Voice and Sing” written by James Weldon Johnson notes, “May we forever stand. True to our God, True to our native land.” We can do this utilizing love to combat hate.

Do not ask if I am ok, ask what you can do to make sure our country that we love becomes ok.  We can work together to combat racial trauma, which is the mental and emotional harm resulting from the encounters of BIPOC individuals with hatred, racism, and discrimination, in impactful ways. We can stand united in eradicating systems that enable intolerance, division, and injustice.  When you see something, say something.  Join with others to support this position.  Contact your legislators and call on them to change oppressive policy. Protest and VOTE; Georgia has proven that it does indeed change things.