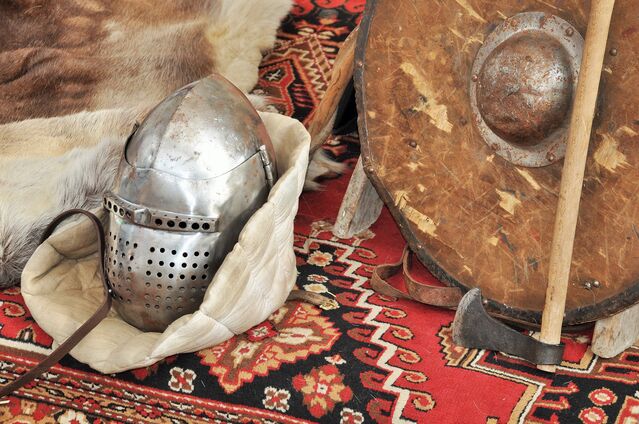 Linda: The inability to handle the differences around common issues like money, work, children, in-laws, and how we spend our leisure time, takes relationships down. The couples that thrive are not the ones who have so much in common that they don’t fight. What really matters is how they relate to the differences that they do have.

It’s natural to feel defensive when we feel threatened or criticized. Simply knowing that it’s a good idea to be open during an argument isn’t enough to ensure this kind of action. Until we have spent a lot of time in the trenches practicing the art of non-reactive listening, we are run by self-protection. What we are really up against in this work is not our partner, but these habituated patterns that we’ve been unwittingly reinforcing for years. Consider the case of Sally and Sam.

Sally and Sam had only dated for a couple of months when Sally’s brother and sister-in-law came to town for a visit. Sally was excited for them all to get to know each other. Having recently left a relationship where neither one was happy, Sally was delighted to find someone she enjoyed being with, and she wanted her family to know San. When Sam was introduced to her family, they all had a pleasant rapport. But when Sally suggested they go out for dinner together, Sam declined.

She knew he didn’t have a prior commitment for the evening and was deeply disappointed. Sally crossed a fine line from disappointment to being furious in a fraction of a second. She said, “Well then let’s call the relationship off right now.” To his credit, Sam kept his composure and stated, “I don’t respond well to threats,” and quietly walked away.

Later that evening, Sally realized that personal disarmament was what was called for her to do some repair work. She took responsibility and apologized to Sam for her outburst. Sally took ownership of her fear and disappointment that he didn’t want to include himself in her life as deeply and quickly as she desired. Sally agreed that threats and ultimatums are damaging and that she was committed to deleting them from their communication. She agreed that going forward, she would leave her threats of discontinuing the relationship out of her communication. She realized that they both needed to take it more slowly to allow their relationship to develop.

Committed relationships require a kind of malleability around our edges. If we keep the edges that define our beliefs and our identity fixed, there’s no way that we can experience real intimacy. When we soften around the edges by letting down our protective barriers, we make the genuine connection possible. If we don’t, at best we experience a superficial kind of contact, which is not fulfilling.

Connection involves a blurring of boundaries. While inwardly we all desire authentic connection, we are only capable of experiencing contact unless we make more of ourselves available than our superficial level of experience. One of the prices that we pay for holding on to our protection is that genuine connection eludes us. In operating from a controlling stance, we invite responses from others that set up the inevitability of conflict.

As we become more skilled in the art of taking our armor off and keeping our hearts open, it is unlikely that our partner will continue attacking us. It is our resistance itself that provides the fuel for their assault. When we are able to resist the temptation to counterattack, the momentum of our partner’s attack soon dissipates.

While the ultimate goal of this process may take years to fulfill, we can begin experiencing the benefits immediately. Although many people believe that it is unwise for only one person to practice emotional disarmament, that is the only way that it can be done: one person at a time. Someone has to be the one to take that first step to stand unguarded. When our partner experiences our willingness to dialogue in this way, he or she is likely to respond reciprocally since our open stance is unlikely to activate their need to defend themselves.