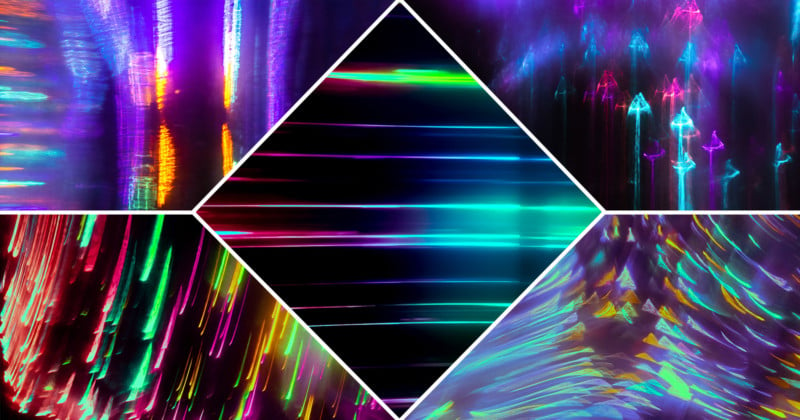 Photographer Eugene Tumusiime was enamored with the idea of using glass prisms for photography but did not have access to one. To scratch that creative itch, he decided to try using glassware from around his home.

Tumusiime says he was inspired by the kaleidoscopic streaks of light that the directors of the Thor movies in the Marvel Cinematic Universe were using to represent travel through the Bifrost as well as the wormhole in Christopher Nolan’s Interstellar. By mixing colored Christmas lights and photographing them through different glassware with a Samsung Galaxy S9, Tumussime says he found that he could bend, split, and warp the light into different patterns thanks to the curves and bevels in the glass.

Tumusiime calls this project “Glasswarp” and considering that all the images were taken using an older smartphone and common objects is just the latest example of how creativity is more important than equipment.

Below are some examples of what he produced using different types of glass.

Tumusiime says that the images he gets with the pint glass remind him of 2001: A Space Odyssey.

“The ripples of this tankard would split light rays along multiple circular pathways, and they are free to drag in any direction, with a little bit of precision,” he says. “Long exposures with this dragging technique easily made for my favorite compositions in this series.”

“Angling the base of a tumbler made for a great surface for lights to curve around during long exposures,” Tumusiime says. “Placing the lens against one part of the rim and framing the other also exposes some ethereal circular patterns.” 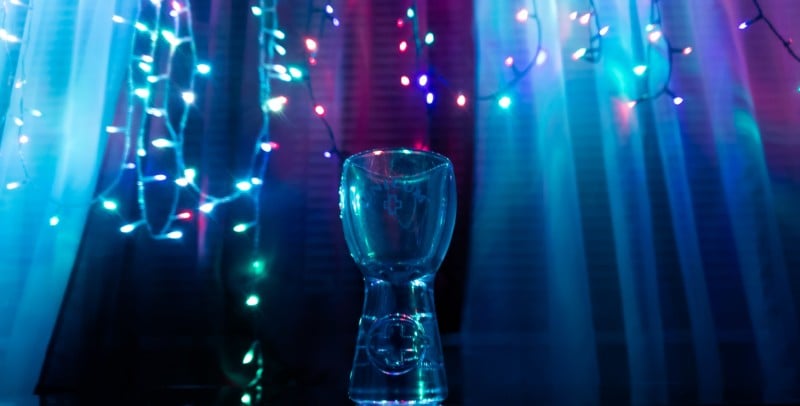 “The bottom half of the beveled plus symbol makes a face. And it’s crying. The happiest accident of my career, right there.”

While not as common as the other glassware he used, a transparent stapler produced a unique stretch look to lights.

“If even one piece of glass works well, you gotta go through everything in the house. At least during lockdown,” Tumusiime says.

“When held upright, the bottom handle would stretch light rays horizontally, making for easy streak shots without the need for long exposures.”

Below is a bevy of images that Tumussime created using these and other transparent objects he found around his home. 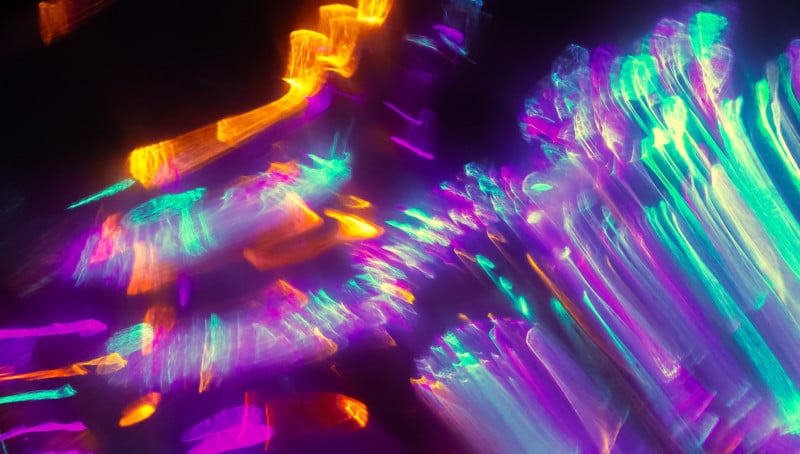 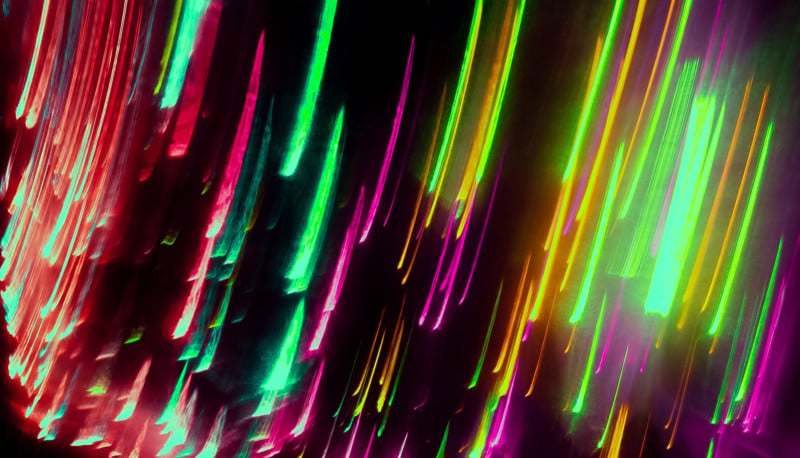 All of these images are significantly processed in post in order to address excess noise and to boost the saturation because of sensor limitations of the Galaxy S9.

“Considering my phone’s sensor size, there was still some excess noise and saturation that made these photos look more like illustrations than photographs, even with RAW files,” Tumusiime says. “Many of the shots also came out fairly bright and flat, so they lacked a focal point or a direction for the eye to move in.​​​​​​​”

You can see a detailed explanation of how these images were processed on Tumusiime’s blog.

What he managed to make with just a few transparent objects he found around his home goes to show that even if you’re stuck inside due to the COVID-19 lockdowns around the world, you can still make some pretty fun art.

Image Credits: Photos by Eugene Tumusiime and used with permission.