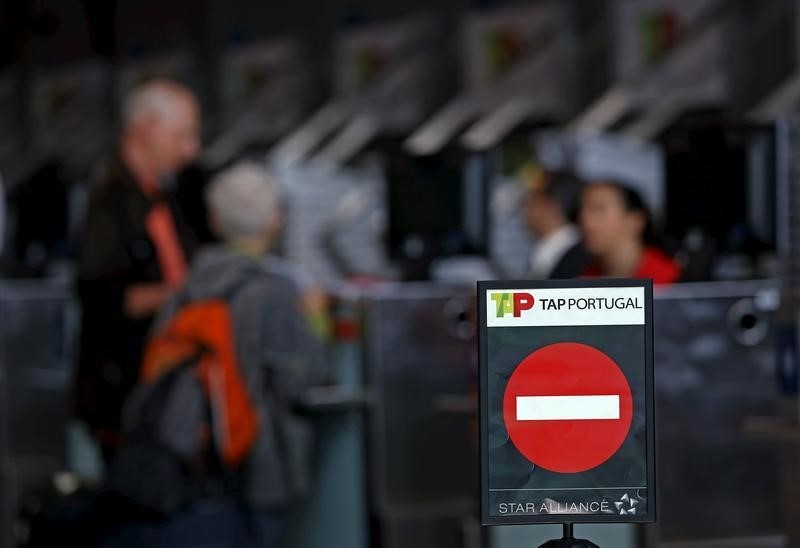 By Sergio Goncalves and Ingrid Melander

LISBON (Reuters) – Portugal is confident the European Commission will approve its plan to rescue ailing flag carrier TAP, Finance Minister Joao Leao said in an interview, adding that he expected that green light by the end of March.

The government unveiled its overhaul plan last month, proposing 2,000 job cuts by 2022 and pay cuts of up to 25%, while saying the airline would need around 2 billion euros ($2.46 billion) in extra funds with state guarantees to cover financing needs until 2024.

The stakes are high: if the EU executive rejects Lisbon’s proposal, TAP would have to immediately repay a 1.2 billion euro rescue loan agreed in June, which could lead to its insolvency.

Leao told Reuters that, as part of the rescue plan, the government envisaged converting that loan to equity, which could raise the government’s stake in the airline to about 90%. The government was not contemplating asking private bond holders to take a haircut on payments to ensure TAP’s financial viability, but had not yet ruled it out either.

“The main concern of the plan is that to make the firm sustainable,” Leao told Reuters.

Formal negotiations with the European Commission formally started this month, he said, adding: “We expect in the first quarter to have the plan approved.”

“We are proposing that a big part of this (1.2 billion euro) loan is converted from loans to equity, so that the financial indicators of the firm improve,” Leao said.

The Portuguese government currently has a 72.5% stake in the company. Leao said “one possibility” was to turn the whole loan into equity, which he estimated could boost that stake to around 90%.

He stressed that “the support measures by the government are limited in time,” adding that the aim was that TAP would eventually return to financing itself on the markets.

“It is important for the firm to live by itself … so that as soon as possible, if possible starting next year or later on, the firm can stop having to be financed by the state.”

Asked if the ailing carrier should aim to do so on a standlone basis or strike an alliance with another air carrier, he said: “it might be interesting to have another player to also help TAP to make sure the firm becomes competitive and profitable.”

TAP reported losses of more than 700 million euros for the first nine months of 2020.

Asked if there could be a haircut on the 725 million euros of debt held by TAP’s bondholders, he responded: “so far, is not in the plan, but that is a discussion we need to have with the European Commission to make sure that all stakeholders are involved”.