Prejudice: Can We Stop the “Inevitable”?

Welcome to this new blog on Strategies to Oppose Prejudice (STOP). 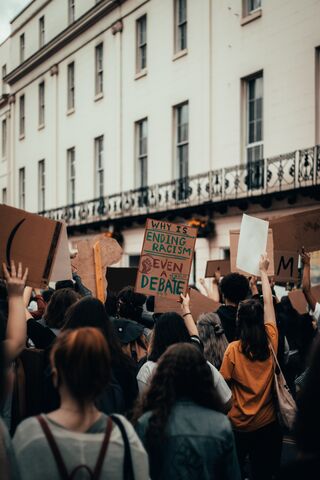 People protesting on a street

Prejudice, literally pre-judgement, is a complicated business, and some would argue that prejudice is inevitable. For example, Amodio and Cikara (2021) suggest “the mere existence of group categories creates prejudice”. Proponents of this view might draw on many arguments. Economically, it surely makes sense for people to act in their own or their group’s interests. Some people would argue that, from an evolutionary standpoint, it seems only natural that people would defend their genetic legacy. Preferring their own groups, be that their family, clan, community or country, would be a first priority (see Choi & Bowles, 2007, Van Vugt & Park, 2009; Yamagishi et al, 1999).

Even our cognitive architecture makes it inevitable that we will employ stereotypes (simplified images) of social groups in order to navigate our social world (Stangor, 2016). Finally, the values, mores, and beliefs that are embedded in culture give us ways to understand the world that are sustained by social reinforcement and usage (Fiske, 2017). To abandon them or reject them would be like attempting to reject the language of social life and speak instead in machine code.

Many scientists who might agree with any of the arguments above would also agree that, nevertheless, we should do all we can to prevent prejudice, reduce inequality, and eliminate discrimination based on group membership. But isn’t this like saying ‘all people breath air, though we wish they didn’t have to’?  If theories and evidence lead us toward the view that prejudice is inevitable, should we really try to work against human nature? And if we really want to achieve that, how on earth can we do so?

As the world becomes more populous, we face a widening number of existential crises. The current pandemic is just one, but others include the growing global competition for natural resources, the climate catastrophe, mass migration, dislocation and poverty, and interethnic and inter-faith battles for power and domination. To navigate these challenges, all of which could be viewed as ‘natural’ consequences of human life, we have developed systems of governance, from local to international levels. Granted, the systems are far from perfect, and sometimes quite corrupt. But the point is that we have not allowed the possibility that there is a ‘natural’ order to deter us from choosing something different. Nor do we need to do so with prejudice.

In fact, the case for opposing prejudice can be seen as integral to the case for addressing all of these other challenges. As the USA marks Martin Luther King Jr. Day and heralds the transition to a new presidency, it seems a good time to renew our focus on creating the conditions that will ensure not just our biological but also our social survival as a species. In order to achieve cross-national collaboration on climate, health and the economy, it is necessary to have confidence that others will cooperate and will not take advantage (e.g., on climate change protocols). In order to cooperate to defeat a pandemic is it necessary to suspend beliefs that certain groups or countries are more blameworthy, or more susceptible, or less important than others. Instead we have to recognise the common purpose, common experience and shared value in getting it under control. To tackle illegal immigration requires that we recognise the root causes rather than resorting just to blaming ‘bad’ people and blocking borders.

Ironic as it may seem, in order to oppose prejudice we need to recognise that the answer is not to suppress our psychology, but to use it more effectively and to understand better how people’s relationships and social situation create frameworks for their attitudes, feelings, and actions towards their own and other groups. 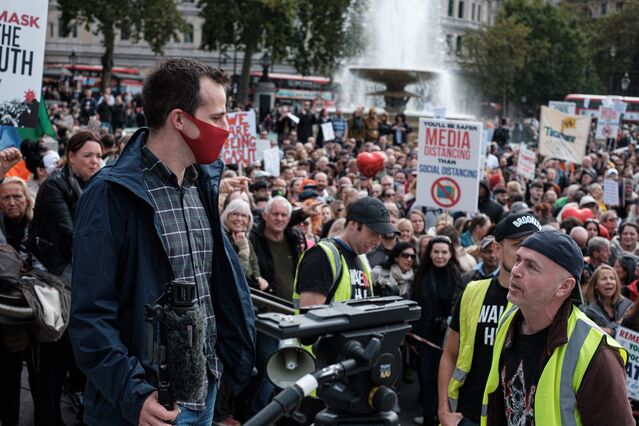 Mask wearers and mask refusers may view one another with disdain but both feel they are expressing their own values honestly. Their antipathy is unlikely to be resolved and behavior unlikely to change merely by declaring one group to be the victor.

A first step is that we need a working definition of prejudice that allows these normal and functional preferences but does not underpin discrimination and human suffering. A decade ago I explored definitions of prejudice and was struck by how many included the word ‘negative’, as captured more recently by Levy Paluk et al.’s (2021) proposal that “prejudice is animus, or negative bias, toward social groups and their putative members”. Other definitions focus on objective measures of fair or just behavior, or might refer to unwarranted generalisations about groups.

To me, these definitions lacked two components that seemed important to capture the phenomenology of prejudice. One was the recognition that bias can sometimes be positive, and the other was that prejudice is necessarily comparative. That is, prejudice involves preferring, implicitly or explicitly, one group over another. This matters because discrimination (unequal treatment) can easily occur through positive preference rather than negativity or derogation.

So by what currency might we define prejudice? I think that the currency is the relative social and psychological value we attach to people. With that in mind, I proposed a definition (Abrams, 2010) that might help us devise strategies to oppose prejudice and prevent discrimination.

Prejudice is ‘bias that devalues people because of their perceived membership of a social group’.

Some people might come up with different or better definitions, but I have found that this one works pretty well and can embrace many different manifestations of prejudice. Based on that definition, our challenge is to work out how to prevent or tackle the devaluing of people because of the way their social group is perceived.

What is to follow? In this series, I will be writing on my own and with other social psychologists about specific areas such as the origins of prejudice in infancy and childhood, political positions and prejudice, the role of intergroup contact and communication, collective action, tolerance of evil, intolerance of diversity, modern expressions of sexism, unexpected effects of ageism, implications of self-stereotyping, the role of emotions in prejudice and so on. Some posts might showcase particular interventions, others will focus more on theories or particular types of evidence. We will argue that prejudice is far from inevitable and that it is eminently stoppable.

I hope you will find the series interesting and challenging, and most importantly I hope it will stimulate your thinking about practical steps that you and others can take to oppose prejudice.

The use of "+" to name on-demand services was fine when streaming was new but has become a clich&eacute; and a minus (Tiffany Hsu/New York Times)

Gerrard should stay at Rangers for a ‘couple more years’, Bent