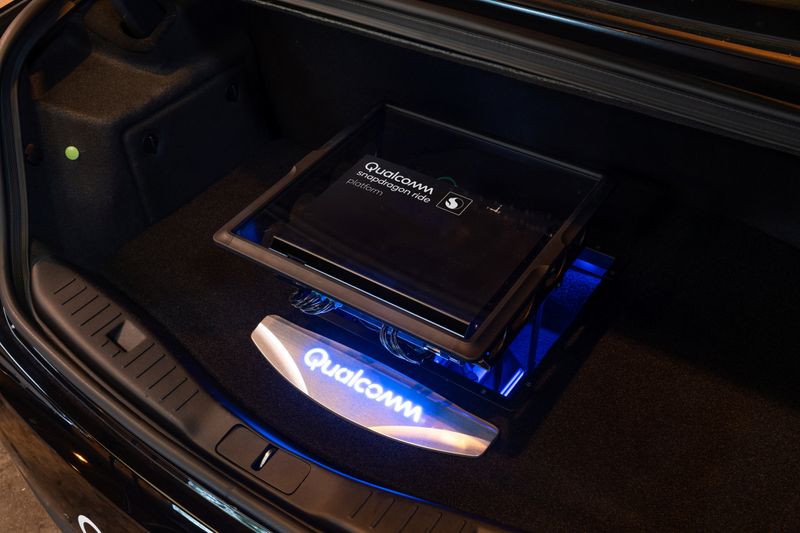 (Reuters) – Qualcomm (NASDAQ:) Inc on Tuesday said it will supply a range of chips for General Motors Co (NYSE:)’s next generation of vehicles.

The San Diego company has long been known for making modem chips that connected Apple Inc (NASDAQ:)’s iPhones and many vehicles to cellular data networks. In recent years, Qualcomm has moved into automotive chips.

Qualcomm and GM said in statements the automaker will use Qualcomm’s “cockpit” chips, which can run an automotive-grade operating system for functions such as the vehicle’s speedometer and also the in-dashboard infotainment (information and entertainment) system.

Qualcomm has rolled out multiple tiers of chips with different features and pricing, positioning itself as GM’s single provider for budget and luxury vehicles.

“We look at this partnership as a very important foundation for what we would like to repeat really across various parts of the industry,” Nakul Duggal, senior vice president & general manager of automotive for Qualcomm Technologies, said in an interview with Reuters.

Qualcomm also said its driver-assistance computer, called Snapdragon Ride, would hit the roads in a production vehicle in 2022, though it did not specify the automaker or vehicle.

The system is designed to have enough computing power to scale up to self-driving functions in some vehicles. Qualcomm has not given a timeline for such a car.

Qualcomm earlier on Tuesday said it was pairing with Veoneer (NYSE:) Inc’s software unit Arriver to provide a full system of self-driving hardware and software to automakers, although Qualcomm will also offer its computer as a standalone for automakers that want to write their own code.

Qualcomm said that its next generation of automotive chips will have the ability to integrate Amazon.com (NASDAQ:)’s Alexa voice assistant into vehicles if automakers chose to enable the feature.

Are Liverpool really in a tier below Chelsea and City?