Random: This Bot Turns Reddit Arguments Into Phoenix Wright And Edgeworth Yelling At Each Other 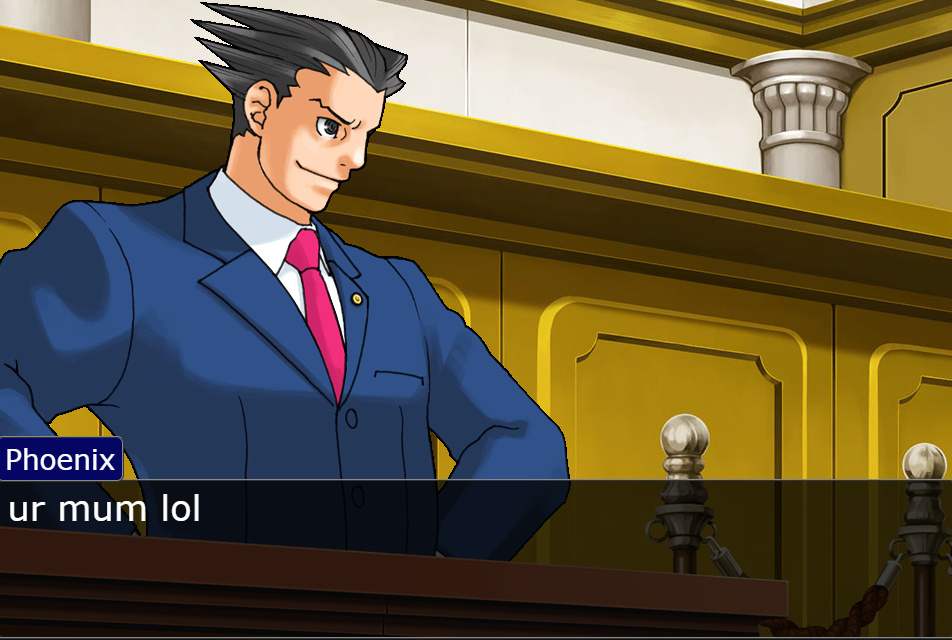 If you’ve ever wanted to see Ace Attorney, Phoenix Wright, saying things like “a grilled cheese is NOT the same as a melt, and I will report you to the FBI if you continue this slander”, then you’ll probably love this bot, by 24-year-old software engineer, Micah Price. It takes arguments from Reddit, which are often about as juvenile and belligerent as you can get, and puts them in the mouths of Wright and Edgeworth, during a court case.

In order to use the bot, all you have to do is add “!objectionbot” as a comment on the thread you want to turn into an Ace Attorney debate, and then the bot will scan the thread, turn it into a YouTube video, and provide the link in a reply. If a particular comment has a lot of downvotes, or the bot perceives it to be negative, the “Objection” graphic will appear.

The project took Price about three days to put together in Python, and it uses a lot of machine learning libraries to figure out what negativity looks like. The code is open source, so if anyone fancies tinkering with it, you can access it on GitHub. It costs Price $10 a month to host and run the bot, so he told Mashable in an interview that he may “just end up abandoning it” after a while.

Can you think of any infamous Reddit threads that would make a great Phoenix Wright argument? Let us know in the comments.