Konate, 21, joined RB Leipzig on a free transfer in 2017 after departing FC Sochaux, as per Transfermarkt.

Since his arrival in Leipzig, the Frenchman has featured in 86 matches in all competitions and has grown to become one of Europe’s most highly-rated centre-backs.

With stand-out performances against Manchester United during the Champions League group stage already to his name, Konate is reportedly beginning to attract the interest of some of Europe’s biggest clubs. 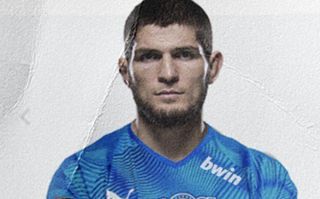 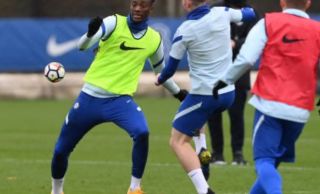 According to a recent report from German journalist Christian Falk, the 21-year-old is a transfer target for Jose Mourinho’s Spurs, Jurgen Klopp’s Liverpool and Ole Gunnar Solskjaer’s Man United.

TRUE ? @IbrahimaKonate_ of @DieRotenBullen has a release clause (40 Mio Euro plus X) for summer. A few Premier-League-Clubs are informed and interested @LFC @ManUtd @SpursOfficial pic.twitter.com/G9ASlsMSG3

Liverpool are desperately hoping to secure a centre-back to provide essential cover for the injured Joe Gomez and Virgil Van Dijk.

A recent report from the Times claimed Klopp’s Redmen are hoping to sign a defender before Monday’s winter window deadline.

Although Konate may not be a realistic target for this month, the Merseyside reds could very well turn their attentions to him next summer.

Elsewhere, it has been well-documented how high a new defender is on Man United’s shopping list.

With current centre-back Marcos Rojo set to depart for Boca Juniors (as per The Athletic) and Phil Jones’ Man United days numbered, the Red Devils could be in-line to make a summer swoop for the gifted Konate.

And finally, after getting trounced 3-1 against Liverpool on Thursday night, Spurs’ defensive woes were glaringly obvious for all to see.

Should the Londoners opt to launch a serious bid for Konate, now or in the summer, they would definitely be on their way to improving their back line.

The Top 10 Midfielders To Grace The Euros Over The Years

Kat Slater in EastEnders: Her loves and lows

Sources: CloutHub and FreeSpace are among the apps vying to be next platform of Trump, who "wants cash money up front" in exchange for followers he would bring (Keach Hagey/Wall Street Journal)