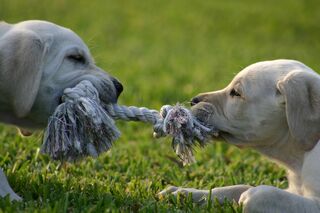 In many interactions I come across on social media, often a clear tension exists between those who advocate their positions based strictly on science and those who advocate their positions based on other ways of knowing. One of those other ways of knowing is one’s lived experience. Although the term lived experience has exploded in popularity, it would be more accurate to describe this concept using the term anecdotal evidence[1].

My goal here is not to advocate for scientism or for the universal benefit of lived experience as a way of knowing. Instead, I want readers to understand a bit more of the nuance in terms of how both science and lived experience can guide decision making, when each has value, and when over-reliance on either one can be detrimental.

The Value of Science

At a broad level, science can be defined as “a systematic enterprise that builds and organizes knowledge in the form of testable explanations and predictions about the universe[2].” The key elements of this definition are

Thus, not every thought journal article or published report should be considered science. Only works that meet all three required elements count as science; anything that does not is non-science[3]. In addition, just because a particular work meets the basic requirements of being scientific does not mean it is of high quality. Science, just like HDTVs and automobiles, vary in quality, and all scientific works have flaws that limit the degree to which their claims generalize to the universe at large. Lastly, it is important to remember that a singular study or article is not the final word on any issue[4], as science is about the collection of organized knowledge.

The value of science lies in its ability to develop testable hypotheses that, over time, help us to better predict and explain various phenomena, typically on a larger scale than would any single study. In other words, science helps us to make more informed judgments about the possible consequences of phenomenon X, which may be a behavior, a new medicine, or some other intervention.

Science, though, is never perfect in its predictions or explanations. There is always the possibility that unknown or unstudied variables can affect the precision of those predictions or explanations. For example, just because drug X has been shown to be effective at treating condition Y does not mean that drug X will work equally well for all people in treating condition Y.

The reason for this is that the universe is complex. In the case of the effectiveness of drug X, we don’t know all the variables that may cause it to be more or less effective. Unless or until we have a reason to look more closely at a given variable, any attempts to do so are nothing better than throwing darts at a dartboard using only your thumb and pinkie while you’re also blindfolded and standing on one leg[5]. Until then, we must rely on the predictions and explanations we have derived from the evidence available.

The true benefit of science comes from the application of a systematic process of ruling out some variables and ruling in others. This is what allows science to apply to a specific context or population. Sometimes, we can make broad claims about the universe at large, but sometimes we can go as far as to draw conclusions about more specific populations, such as men in their 40s or red-haired accountants working in the Northeastern United States.

The Value of Anecdotal Evidence

I originally flirted with titling this section The Value of Lived Experience, but I opted to change it after reading Hoerger (2016). The reason is because: lived experience is a term used almost exclusively to represent the experiences that have happened to individuals, as opposed to being more representative of all experiences, both those that happen to us and those that we actively instigate. Thus, anecdotal evidence would be a term that is more representative of the evidence we obtain from both types of experience.

Anecdotal evidence is “evidence collected in a casual or informal manner and relying heavily or entirely on personal testimony[6].” A singular piece of anecdotal evidence represents one discrete observation or experience, which may be integrated into existing knowledge or interpreted based on existing knowledge or prior observations/experiences so we can make sense of that evidence.

We rely on anecdotal evidence on a daily basis. For example, we adjust our buying patterns based on experiences we have with different vendors or products. We tend to patronize restaurants where we’ve had good experiences and avoid those where we haven’t. These past experiences create biases, leanings toward particular conclusions, and they allow us to develop heuristics for making a variety of decisions.

Therefore, just because the anecdotal evidence we’ve collected allows us to draw conclusions that are relevant to us doesn’t mean it will be useful for drawing conclusions about anyone else.

Tension Between Science and Lived Experience

On the one hand, we have science, with its emphasis on systematic evidence and testable hypotheses, where conclusions are based on the analysis of observations taken from some sample or from a series of studies collected over time. On the other hand, we have our lived experience, the anecdotal evidence we have amassed from our experiences. Unfortunately, our anecdotal evidence often doesn’t align with the results of scientific studies, so we have to determine how to resolve that discrepancy.

One way to resolve this discrepancy would be to default to science, what might be referred to as scientism. This approach might be described as “science says, so it must be true.” The problem with this approach is that science often doesn’t permit easy application to a particular situation or a specific person. Instead, relevant situation- and/or person-specific evidence may impact the degree to which the science is useful for that situation. For example, just because science says women tend to be more extraverted than men doesn’t mean that every woman we meet is an extravert[7]. If we assume that because “science says…” and fail to adjust our conclusions on the basis of (in this case) person-specific evidence, we are likely to:

Obviously, neither of the first two approaches represent a very adaptive way of resolving the discrepancy between science and lived experience. Instead, it might be more prudent to allow scientific evidence to become part of our stored knowledge, not necessarily to replace what we’ve learned from lived experience, but to perhaps attenuate the strength of the assumptions we bring to different decisions. For example,

In other words, we allow science to help us to make more informed bets. We don’t simply ignore our lived experience, nor do we ignore salient situation-specific information. Instead, we allow ourselves to become more proficient at calibrating our predictions, and we adjust our decisions and subsequent behaviors based on these more calibrated predictions[9]. This will likely result in us being less confident in the assumptions we bring to any decision situation, which should allow us to be more attentive to situation-specific or nuanced information.