In a previous blog post, I suggested we all construct our own “information bubbles” in the online social media universe. 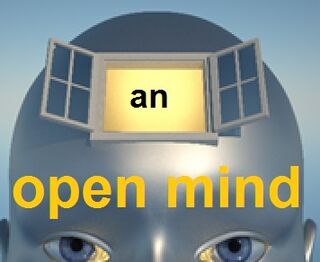 The question is: Should social media companies not only flag but take down inaccurate or incendiary content on their platforms?  Or are the social media part of a free market of ideas where users should be exempt from editorial interference?

Facebook is the biggest global social network with over 2.7 billion active users in 2020. Last week, following the siege of the US Capitol building in Washington DC, social media platform Facebook’s CEO Mark Zuckerberg wrote: “The president’s decision to use our platform to condone rather than condemn the actions of his supporters at the Capitol building has rightly disturbed people in the US and around the world. We removed these statements yesterday because we judged that their effect … would be to provoke further violence.“   Facebook added: “We are extending the block we placed on his Facebook and Instagram accounts indefinitely.” (1)

Twitter had 330 million monthly (145 million daily) active users in 2019, with about 500 million daily tweets. Globally, there are 1.3 billion Twitter accounts, and it took just 3 years for Twitter to go from its first tweet to its billionth.  Recently, Twitter released the following statement: “After close review of recent Tweets from the president’s account…we have permanently suspended the account due to the risk of further incitement of violence.” (2)

The suspension of a US president’s digital megaphone to millions of followers outraged free-speech advocates who accused the Silicon Valley CEOs of censorship and an attack on the First Amendment. There followed an avalanche of commentary on social media purporting that Twitter and Facebook’s suspending the President’s accounts represented the “Left Wing’s” systematic censoring of conservative political speech.

There is little evidence to support the grievance that tech companies target conservative voices over liberal ones​​​​​.  Instead, social media appears to lend itself to echo-chamber driven polarization of either liberal or conservative views. Both liberal and conservative online views are sometimes filtered.  Effective rules and how to police them in digital communities are still evolving. It appears that Silicon Valley’s effort to moderate social media content does cut both ways on the political spectrum, but political scientists will continue to debate the extent of bias in the media and online.  In the meantime, be a wise information consumer. (3)

There are wide partisan differences in how social media is viewed. According to Pew Research, 70 percent of conservative survey respondents believed their right-leaning views were more often censored, compared with 25 percent of liberals who felt their views were censored.  In a survey of 4,708 U.S. adults in 2020: 73 percent of Democrats said they approve of social media companies labeling posts from elected officials as inaccurate or misleading. Compare that with 71 percent of Republicans who said they disapprove of this practice. This divide in users’ perceptions of social media efforts to monitor content must be remembered as these media giants develop fact-checking and censorship guidelines. (4)

It is ultimately our personal responsibility as information consumers to seek out different points of view and to validate sources and ideas.  Suffice it to say that social media companies are made of people, and humans can be biased.  Therefore, use critical thinking to distinguish fact from fiction.

Social Media participation exposes users to multiple ideologies and sources.  Strive to be aware of personal biases and preferences (“Your Bubble”).  Steer clear of “motivated reasoning” that instinctively dismisses information that disagrees with your initial point of view.  It is up to us to keep an open mind to avoid creating a self-serving information bubble.  You cannot count on social media companies to police information for you – so the best arbiter of truth is your own capacity to understand that baloney, no matter how you slice it, is still baloney.