Manchester United manager Ole Gunnar Solskjaer has hinted that Bruno Fernandes could be rested for the Red Devils’ clash with Watford at the weekend.

Having been knocked out of one cup competition, attention turns to another. United face Championship outfit Watford in the FA Cup this weekend, with the squad undoubtedly eager to put right the wrongs of the derby at Old Trafford.

One man who has continually taken responsibility for United this term has been Bruno Fernandes. Both in terms of mentality and setting the standard for quality the Portugal international has acted as a real leader in Solskjaer’s setup. 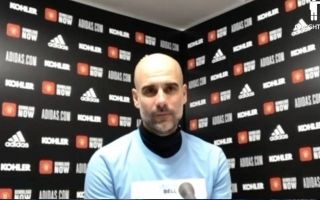 However, as much as Fernandes may look superhuman at times, he’s not, and eventually he’s going to need a rest. Speaking to the press after the game, Solskjaer revealed that he will have a chat with Fernandes to consider if Saturday is the right time for him to sit out.

Ole Gunnaer Solskjaer will “have a chat” with Bruno Fernandes ahead of the weekend to see if he’s in good enough condition to face Watford in the FA Cup. #MUFC pic.twitter.com/vlrjx4GeIZ