Ten Fears You Choose To Face When You Give Up Control

Be in control. The phrase carries with it a  sense of power, of certainty, of security. And especially being in control of your emotions has long been the premise upon which many parents have taught their children to achieve.

Yet consistently locking away emotions and the trauma that may have caused them , and developing the perfect-looking life, can be dangerous, even deadly.

So what are the fears that you face when you risk giving up that tight, even rigid need to look as if you always have it all together?  These are ten that immediately jumped to mind. And maybe, just maybe, in naming them – in challenging them – you can find your courage to let down your guard and let others see who you actually are.

1) The Fear of Vulnerability 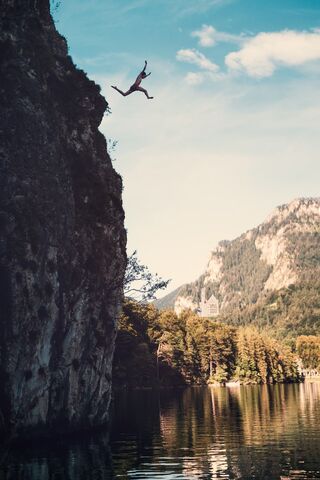 Facing fear and the courage it takes…

How is vulnerability defined? “The quality or state of being exposed to the possibility of being attacked or harmed, either physically or emotionally.” So the fear of vulnerability is like imagining yourself taking off your armor in the midst of battle, be it a battle at work, or at home. in relationships or with yourself.  That seems irrational; you’d be choosing exposure. Yet I’ve watched people risk connecting with their emotional vulnerability for the first time. And it’s incredible to feel their massive relief in releasing a shameful secret or an unexpressed grief.

2) The Fear of Uncertainty or Unpredictability

Second is the fear of uncertainty, unpredictability. I found this quote in Elliot Cohen’s article in Psychology Today.

You can choose to sink into the reality that there’s no way to know what will happen in the future. There are predictor models out there that can help you gauge the rationality or the reasonability of your choices But there are too many things we can’t control. Challenging this fear requires the awareness that you’re far more likely to miss the opportunities of today if you’re busy stoking your fear of the future.

3) The Fear of Facing the Past

Something in your past mandated that you needed that ultimate emotional control to stay safe. You can definitely be afraid of opening that can of worms. And yet, your past holds answers to the very questions you have about why you’re feeling today what you’re feeling. Recently, I talked with Mark,  who’d been severely physically abused by his father, most viciously during the warmer months. There were more chores to do and much greater opportunity for his father to scream and put him in choke holds for not doing the job well enough. His father drove a truck in the winter and was gone from the house. Mark had been puzzled that his seasonal affective disorder occurred during the summer instead of him experiencing the more classic winter blues, until he heard me say, “Well, in the winter, you weren’t trapped.”

He got choked up simply making that connection.

4) The Fear of Your Anger Exploding

It’s understandable that your anger, long suppressed, might explode. And the greater the reason for your anger, the more understandable it becomes. I remember asking a therapist one time how long I’d be angry; it seemed to last forever. This one demands that you go slowly and carefully with a therapist ideally, as you begin to feel your anger, learn how to manage it, and channel it in ways that don’t create chaos but lead to greater compassion for yourself.

5) The Fear of Not Being Able to Forgive Yourself

Perfectionists don’t face their perceived mistakes very well, although they carry massive but well-hidden shame about them. I’ve heard many stories that hold within them this shame; ‘I didn’t ever claim that I was the father of that child. I never was a part of his life.” Or, “I knew that I had only married the man I did because he left me alone, and I couldn’t stand any kind of intimacy. It was a perfect storm of a marriage. I eventually grew lonely and had an affair that I justified. But I’ve never let myself think about that.” This involves a path again to self-compassion but also self-acceptance of all who you have been, and are.

6) The Fear of There Being No Other Path to Success

This has been the topic of several of my sessions with my Black female clients who’ve earned great success, but are recognizing that depression, even suicidal thinking, lies underneath. I recognize that their experience has been based on harsh reality, “If I hadn’t been perfect-looking, I’d have never gotten the chance. If I wasn’t better than any other person in the room, I might not even have been noticed.” No matter what minority you might be – LGBTQ, Asian, Black, Brown, female – to have achieved, you’ve likely counted on perfectionism and exceeding expectations to succeed. What I’ve learned from these clients is that the change to looking less in control is especially tough. But I’ve watched as they’ve made inroads into risking more – making statements and choices that reveal more of who they are. It takes a lot of courage – as well as a recognition of the true dangers of them not doing so.

7) The Fear of Rejection

This has been a root fear for many that I’ve talked to through the years. “If I let on that I’m not who they’ve perceive me to be or I’ve even led them to believe I am, then I’ll lose everything. Friends. Maybe my job..”  Yet the reality is that your world isn’t’ built on a solid foundation and is much shakier than anyone but you knows it to be. So what’s worse? Maybe having to rebuild some? That of course could happen. But it also means that you’ve got a chance to build something truly stable.

And It’s likely that not as much will change as you fear. I worked with Gary, trying to confront his fear of rejection. He’d ruled his corporate team with the same perfectionism that he’d demanded of himself. After treatment, he sought out leadership training. What happened?  He’d gone from expecting perfectionism to learning how to grow the potential of every member of his group. And he allowed some of his own vulnerabilities to show which only made him more approachable. And instead of people asking to get off his team, there were people clamoring to get on.

8) The Fear of Not Being Needed

The fear of not being needed can be rampant, as you create a dynamic of being indispensable to others. This is certainly tied into a fear of rejection but takes a bit of a turn. The staying in control looks like never or rarely saying “no” when you’re asked to do something.. Your decision or your impulse is fueled by the fear that you’ll be replaced; that if you don’t show up and do the task at hand, that others will be disappointed. And you fear risking that to the point you almost martyr yourself. Again, this fear can be worked through slowly, as you learn to say “no” when it’s important for you to do so, and allow your own needs to be a priority – at least some of the time. That’s not selfishness – it’s self-awareness.

9) The Fear of Being Wrong

So many fights between partners have to do with this fear, as if being wrong or making a mistake defines you immediately as being stupid, weak or inept. So you’ll fight to the finish just to prove yourself right, to the ultimate detriment of your partnership. But why does a perfectionistic fear being wrong? Maybe you were ridiculed for a mistake or not knowing as a child. Perhaps it’s the perception that you’ll lose power or control if you look confused, puzzled or flat don’t know what to do. A first step here is to take a less powerful position. On purpose. Reveal not knowing or being sure. You might be surprised by the response.

10) The Fear of True Intimacy or Trust

This may be one of the most potent fears. I’m not only talking about sexual intimacy; If you struggle with vulnerability, then certainly your sexual life will be heavily impacted. Sharing intimacy or the experience of “you seeing me at my most vulnerable” can be a strong bond in a couple, when it’s treated with respect and caring, and has great potential to build a kind of trust you won’t find anywhere else.

But emotional intimacy – allowing someone else to truly get to know all of you – can max out every one of the fears already mentioned. Perhaps fear of intimacy could actually be termed a fear of trust. With trauma or a hurtful childhood in your history, you may not have ever experienced anyone as a child that you could truly trust – that showed up when they said they were going to  – that remembered details of things you’d told them – who thought about you when they hadn’t seen you for a while and let you know they did

Trust isn’t built easily. But it can be built. If you let the person in on the fact that you’re going to risk that trust and ask them to give you the time to do just that, the response you get can be telling. A healthy person will understand; someone who’s not so healthy will become angry as if your feelings have to do with them as a person. That’s a good litmus test of who lives up to trust. As imminent researcher on vulnerability and perfectionism Brené Brown has stated: “If we share our shame story with the wrong person, they can easily become one more piece of flying debris in an already dangerous storm.”

If you’re curious where you might fall on the spectrum of perfectly hidden depression, please click here.