The Habit of Giving Up

Some people, such as Leonardo da Vinci, make contributions to several fields. Others have a main occupation as well as a hobby they practice seriously. (Philosopher Friedrich Nietzsche, for example, composed music.) Still others have multiple careers. (Physician Peter Attia worked as a surgeon, consultant, engineer, and even a boxer.) There are also those who change occupations frequently, because they greatly value variety. (They may be highly desirable employees on account of being adaptable, a real plus in a fast-changing economy.)

But for every person who successfully masters more than one area, there are several who dip their toes in the waters of various rivers without ever getting very deep. They try this, that, and the other, in search of “the real thing.” They believe they have a talent for something but don’t know what that something is. It seems to them that if only they find the right field, they will be sure to distinguish themselves. 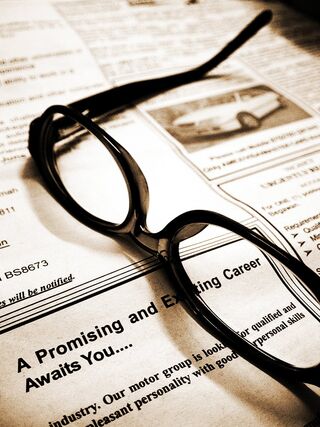 Promise of a career

Edith Wharton describes a person like this, a young man named Dick, in the novel Sanctuary. Dick’s mother cannot bear to see Dick become a “mere money-getter” and encourages a liberal education only to witness Dick’s attitudes waver and his interests shift rapidly. Wharton writes:

Whatever art he enjoyed he wished to practise, and he passed from music to painting, from painting to architecture, with an ease which seemed to his mother to indicate lack of purpose rather than excess of talent.

What happens in cases such as Dick’s? What explains constant wavering and indecision?

One possible answer is that a person may have unreasonable expectations of how quickly or easily success can be achieved. It is true that success seems to come quickly to some, but that is exceedingly rare – not something to bet on – and moreover, early success may be a curse rather than a blessing. Some child actors, for instance, never go on to have an adult acting career despite trying, and the careers of authors whose first book is a hit may stall. (That seems to have happened to Harper Lee, author of To Kill a Mockingbird, and to J.D. Salinger, author of The Catcher in the Rye.)

Wharton suggests that something else is true of Dick, something that can help explain the way his life is going: he is not sufficiently internally driven. She says the following about Dick’s mother’s reaction to Dick’s shifting interests:

She had observed that these changes were usually due, not to self-criticism, but to some external discouragement. Any depreciation of his work was enough to convince him of the uselessness of pursuing that special form of art, and the reaction produced the immediate conviction that he was really destined to shine in some other line of work.

Unfortunately, it does not follow from the fact you’ve suffered a defeat in one area that you are destined to achieve great success somewhere else. More importantly, every successful person has had a great many failures. (It is said Benjamin Franklin tried hundreds of materials in the light bulb before he found one that worked, and Leonardo da Vinci worked on several projects that didn’t pan out.) In addition, everyone, including the most successful, must deal with criticism. While some persuade themselves that all criticisms of their work are misguided and fancy themselves to be misunderstood geniuses, others, like Dick, give up at the first sign of negative feedback and instead of using criticism as information that can help one improve, they abort the attempt altogether and go on looking for something new, for a field that’s pristine from their point of view, one in which, not having attempted anything, they don’t yet have any failures.

Dick’s mother – despite the fact she does not have much money – pays for Dick to attend a selective art school for four years after college in the hope that “a definite course of study” and competition on the part of other talented students would “fix his wavering attitudes.” But while Dick does well in school, it is not clear he has what it takes to succeed in the real world. Wharton says the following about the development of Dick’s career after art school:

Close on the easy triumphs of his studentships there came the chilling reaction of public indifference. Dick, on his return from Paris, had formed a partnership with an architect who had had several years of practical training in a New York office; but the quiet and industrious Gill, though he attracted to the new firm a few small jobs which overflowed from the business of his former employer, was not able to infect the public with his own faith in Peyton’s talents, and it was trying to a genius who felt himself capable of creating palaces to have to restrict his efforts to the building of suburban cottages or the planning of cheap alterations in private houses.

The main question, here, is whether Dick’s lack of success has to do with talent or character. The woman Dick wants to marry, Clemence Verney, believes it is due to character, saying to Dick’s mother:

One can’t teach a man to have genius, but if he has it one may show him how to use it. That is what I should be good for, you see—to keep him up to his opportunities.

In fact, Dick’s talent is surpassed by that of a very gifted friend of his, a young architect named Paul Darrow. Nonetheless, Dick has enough talent to become a successful architect, though perhaps not as great as Paul. The problem is that he does not have the necessary resolve. For instance, at one point, Dick and Paul both work on architectural designs for a competition. The city has voted a large sum of money for a new museum building, and the two young men intend to submit designs. When Dick sees Paul’s sketches, he feels extremely discouraged instead of motivated to work harder.

As chance would have it, Paul catches pneumonia shortly after completing his own design for the competition. He leaves a letter for Dick, giving him permission to use his design for the competition. Paul never recovers from his illness and dies shortly after. Dick, Paul’s letter in hand, is tempted to use his friend’s design. For a while, he intends to pass it off as his own. But Dick senses that his mother is watching him and has devined his intentions. Though she does not say anything, her presence checks his impulses. In the end, he decides to withdraw from the contest altogether, saying to his mother:

I want you to know that it’s your doing—that if you had let go an instant I should have gone under—and that if I’d gone under I should never have come up again alive.

What Dick means by “gone under” is that without his mother’s watchful eye, he would have used Paul’s sketches and won the competition under false pretenses, which would have been his moral and professional undoing. Dick’s character is, thus, shown to have a moral core. He does not breach the professional code of honor. But the issue remains: while he does not yield to the worst of vices, he lacks the virtues he needs to succeed. He lacks, as we might say today, grit. Dick is too prone to doubt and indecision.

One of the problems here, it must be noted, is that hopping from one endeavor to another is sometimes motivated by good reasons, making rationalizations and self-deception all the easier in other cases. First, there is something to be said for not falling prey to the sunk cost fallacy. That one has spent three years in med school, for instance, does not mean one must become a doctor at all costs even if one feels completely miserable as a medical student and does not look forward to practicing as a physician. A person may, after all, make a mistake, take the wrong turn, and the sooner she realizes this, the better. You cannot compensate for three lost years by losing three more, or thirty.

Second, we don’t always know what our strengths are. It is true that there may be a field you have an aptitude for but haven’t yet had a chance to find that out. This is why it is a good idea to have very young people experiment and find what they are most interested in.

In response to the first point, however, note that Dick is rather unlike the medical student who discovers that she is just not interested in biology and anatomy or perhaps, that she dislikes the sight of needles. Dick gives up on his various pursuits not because he discovers a mismatch between a given pursuit and his own temperament, but because he is discouraged by every of criticism. He has a habit of giving up. That tendency in a person makes every pursuit a bad fit. No path is right for a quitter.

As for the second point, one can argue that true potential is likely to be discovered, one way or another. But even if that isn’t true, human life is simply not long enough to try everything (nor would anyone support us financially to keep on searching). It is quite true that we might miss our best opportunity, because we’ve never attempted something, but if we don’t stick with anything, we’ll miss all opportunities. Without resolve, we’ll simply never put in the work needed to discover just how much aptitude we have for a given occupation. If you only practice the violin for two days, you will never know whether you could have been a great violinist.

There is a final issue I wish to mention. It has to do with Dick’s focus on success rather than on the process of working his way toward the goal. At one point, Dick’s mother asks him about the design for the contest. He says that the project is about ready and that he must win the competition this time. Wharton says this of the mother’s reaction:

Mrs. Peyton sat silent, considering his flushed face and illumined eye, which were rather those of the victor nearing the goal than of the runner just beginning the race. She remembered something that Darrow [Dick’s more talented architect friend] had once said of him: “Dick always sees the end too soon.”

That, then, is Dick’s tragedy. One cannot put the finishing touch before putting all the rest of them. Dick has many beginnings, some of them rather promising, but he brings nothing to completion. He sees the end soon, too soon to get to it.

[Thread] Antonio Garc&iacute;a Mart&iacute;nez says he did not "part ways" with Apple, was fired in a snap decision, and Apple's statement on his exit is defamatory and false (@antoniogm)