The Problem with Mindfulness | Psychology Today

One of my life passions is mindfulness: not only the practice, but using it in my therapy with clients, reading about it, and writing about it, too. That said, there are issues with the current conceptualization and practice of mindfulness in the US. Not enough people are discussing negative experiences with mindfulness. It happens often and here I discuss part of what I see as the main problem.

It’s no surprise that we live in a consumerist, capitalist country where health trends are vulnerable to commodification. Mindfulness isn’t immune to this, and it’s not all bad. Every week or two a new mindfulness app seems to emerge and many of them aim for monthly subscription money. Many of them, such as 10% Happier, Waking Up, Calm, Headspace, and Insight Timer are very effective (it depends how you use them) and there’s a lot you can do for free on them.

Mindfulness is also all over the news, magazines and now it’s in many shows or like Billions on Showtime. This is mostly good news; don’t get me wrong, I’m a big fan. Mindfulness is a timely and valid public health revolution and can help many people as society at large. That said, it’s time to acknowledge how it’s getting repackaged, and how each repackaging or commodification takes it further away from its true origins, like a game of “telephone.” 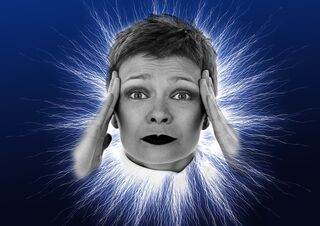 Many prominent mindfulness teachers, authors, and practitioners (including myself) have taken its culture-specific concepts and practices and made them our own. While this is part of effective teaching, it can have unintended consequences. For example, its well-known definition, citing constantly all over mindfulness literature, is “paying attention, on purpose, in the present moment with non-judgment, curiosity, acceptance & openness” (Kabat-Zinn, 1990, p. 44). This “westernization” of mindfulness is most notable when it’s centered on one’s own well-being (individualist) in the US, whereas in Asia, where it started, it’s geared to the well-being of others (collectivist). For example, we find the practice of Naikan, a variation of mindfulness in Japan, which is based on other-directedness, and is thus actually a kindness/compassion practice, instead of egocentrism that can worsen suffering. Mindfulness in the US has become increasingly stripped from its original context of Buddhism in Asia; part of an overall philosophical and life doctrine of living morally and ethically in community, so it could survive and spread in appeal to a largely to a, individualist, secular, goal-driven, and capitalist public.

So, in its current westernized form, the following questions become germane: How has the Westernization of mindfulness altered its meaning? Can it really be transmitted cross-culturally without major problems? Mindfulness was meant to eliminate greed, hate, delusion, and cultivate wisdom and compassion, but this isn’t this how it’s usually practiced in the US. The Buddhist idea that the path to enlightenment starts with recognizing the inevitability of suffering to being human.

Problematically, in the West, Mindfulness is increasingly “sold” as a solution to suffering. For example, two of my favorite, and among the most prominent is Jack Kornfield and Tara Brach. They are currently selling a mindfulness teacher certification program. I’n unsure if this happen in Asian, the birthplace of mindfulness, separate from profit and sales? The consumerist and capitalist, neoliberal aspect of mindfulness we see in the US seems at odds with the goals of mindfulness and its Buddhist roots.

This Buddhism notion creates obvious tension with Western individualism that seeks to amplify and aggrandize the personal self. A key aspect of Buddhism is realizing the illusoriness and impermanence of Self, whereas many in the US practice mindfulness, essentially in search of the opposite. True mindfulness practitioners know that investment in a transitory self creates suffering. But individualism runs rampant in the US. These are two polarizing forces difficult to reconcile when it comes to mindfulness in the West.

For most people who identify as Buddhist, Buddhism is as an ethical system and collective identity that routinely including prayer and various forms of ritual and communal practice (Kirmayer, 2015). The myriad ways mindfulness has been packaged mindfulness for us each to consume individually, in and out of health care settings, can fail to convey the essential background knowledge needed for mindfulness practice achieve its purpose.

Kirmayer (2015) stated, “For Buddhism, the end lies in seeing through the delusions of self that is so deeply attached to seeking pleasure and avoiding pain” (p. 461). So if we don’t account for context when it comes to mindfulness, we risk practicing and spreading a watered-down mindfulness lacking the sensitivity to context. Context, I believe, is where its wisdom resides. In this way, mindfulness risks becoming a tool to pursue possibly unhealthy goals that can constrain consciousness (Kirmayer, 2015).

In sum, in the US happiness is often framed in terms of neoliberal consumer capitalism and efficiency; “feeling good” itself can all too easily become both commodity and goal. I believe this trap is what is often responsible for negative experiences with mindfulness because it can lead to a tyranny of happiness that can invalidate any meaning beyond hedonic pursuit and temporary good feelings.

This is precisely what I urge you to avoid in your practice.