The Savior, the Devil, and Donald Trump 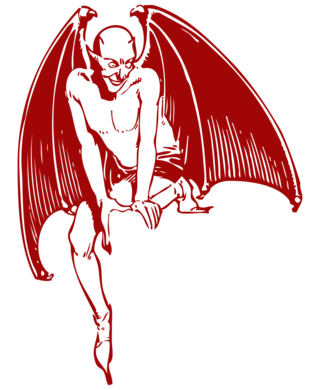 This week Americans face a bizarre phenomenon: We have an outgoing incumbent President in the White House who is seen by some as a savior, and by others as the proverbial Devil incarnate. The Antichrist.

Can both sides be correct? What could possibly account for this incredibly polarized, and therefore divisive and antagonistic, perception of the very same person? Why do half of us see the negative side of Donald Trump, while the other half for some reason see only the positive, to the point of not only uncivil verbal hostility, but now of violent insurrection and the possibility of bloody civil war?

One way of understanding this strange and frightening phenomenon has to do with what psychologists call the “halo effect,” known also as the “halo and horns effect.” The halo and horns effect occurs when all attributes and behaviors of an individual, for better or worse, are viewed through the lens of our initial impressions. We form this initial impression of a person from the persona and personal narrative he or she presents, as well as the circumstances under which we first meet or see them. We then form an opinion of that person, and tend to view all subsequent information regarding his or her behavior and character through the lens of that preconceived perception.

Why do we humans do this? At least in part, to minimize or eliminate cognitive dissonance, i.e., the desire to reduce or avoid anxiety or confusion that results from consciously holding what Swiss psychiatrist Carl Jung called the “tension of opposites” in the psyche. In other words, we don’t want things or people to be as complex, shaded, and nuanced as they truly are, preferring instead a simplified, one-sided, black or white and therefore more superficial yet less confusing and anxiety provoking version of reality.

We all engage in such unconscious cognitive distortions to some extent, though it is possible to mitigate cognitive dissonance, confirmation bias, and the resulting “halo or horns” effect by becoming more aware and mindful of these subtle tendencies in ourselves.

So how we perceive President Trump–as devil or messiah– is determined, partly, by our preexisting biases. For example, those supporters that know him primarily from his public persona as powerful, wealthy, successful businessman and television star, see him in a highly positive light.

On the other hand, many Trump detractors, especially those who knew or watched him in New York City before he became President, see him as a con-man, media manipulator, ruthless business person, and pathological liar. It is said that the Devil is the “father of lies.” The term devil is derived from the Greek word diabolos, meaning “perjurer,” “slanderer,” or “adversary in court,” and can be literally translated as “to tear apart.” More generally, the symbolic image of the Devil, which takes many different forms, represents the very embodiment of evil.

Evil, according to Webster, refers to “something that brings sorrow, distress, calamity,” and is closely linked with all that is “angry, …wrathful, …[and] malignant.” Here in America, we have a real problem recognizing and dealing with evil. As existential psychologist Rollo May (1969) contended, we comprehend very little of evil’s true nature, and, thus, are pitifully ill-prepared to deal with it.

And as Jung wrote in 1961, “Today we need psychology for reasons that involve our very existence. . . . We stand face to face with the terrible question of evil and we do not even know what is before us, let alone what to pit against it. . . . we have no imagination for evil, but evil has us in its grip.” As the French say, la plus ca change, la plus c’est la meme chose. The more things change, the more they stay the same. Evil has always and will always be with us, though, like the Devil himself, can take on different forms, sometimes manifesting itself subtly and, at other times, taking center stage in human affairs.

As we witnessed during the late 1930s in Europe and on numerous occasions since, evil can sometimes take the form of a particular person, serial killer, cult leader, mass shooter, or power-seeking politician like Stalin, Mussolini or Hitler. What prevented the German people from seeing and preventing the evil of Adolf Hitler and his Nazi party? The Fuhrer, Hitler, was seen by most not as the Devil but as messianic savior.

This is what Jung meant when he spoke of the “shadow,” which, when chronically rejected, denied and projected, becomes the veritable source of all human evil. When we deny the capacity for evil in ourselves–i.e., our own destructive, cruel, selfish, grandiose, greedy, gluttonous, lustful, hateful tendencies–we seek to find or create some scapegoat or representative upon whom to project all evil, someone to embody and personify the disturbing human potentiality for evil. This is an expression of what Jung called our “collective shadow.”  In this case, the capacity for personal or collective evil is not owned but instead projected upon a particular group, political party, nation, or prominent and powerful person.