The Masked Singer UK season 2 is well and truly keeping viewers on their feet as they struggle with theories on which celebs are behind the costumes.

Tonight the second celebrity was unmasked at the end of the show as the judges voted off Seahorse.

Mel B was behind the disguise – which Rita Ora, Davina McCall and Mo Gilligan correctly guessed.

But fans of the show still don’t know the identities of Harlequin, Bush Baby, Grandfather Clock, Viking and Blob.

What are the top – and funniest – theories on each masked singer? Read on… 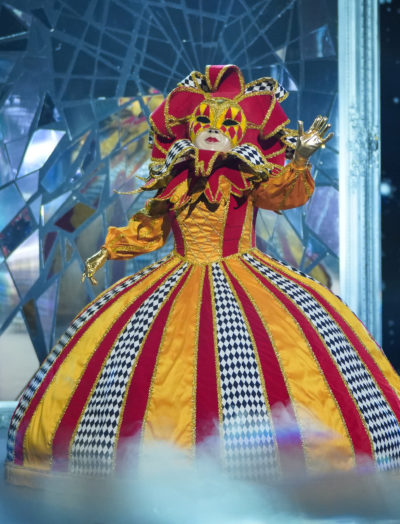 We thought she might be Ruth Langsford at first, because she’s a little bit posh and, when talking about cards, made a point of saying she was a little bit Jack. Her teenage son with husband Eamonn Holmes is called Jack!

But then she started singing and it just didn’t sound like Ruth would, even with a disguise.

I loved Harlequin’s costume and to me I think it might be Gabrielle who sang Rise, Dreams and Out of Reach for Bridget Jones Diary 😊👍🏼 #TheMaskedSinger 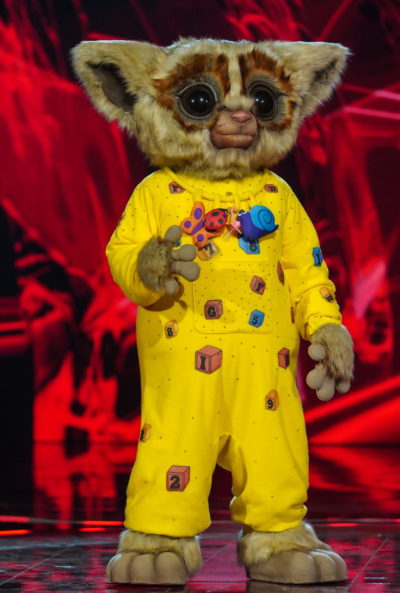 Who is Bush Baby?

Bush Baby attempted to fake an Australian accent but wasn’t fooling anyone. We thought perhaps Shane Richie but aren’t totally sold on him. Although some people on social media had the same idea.

Other theories include MasterChef judge and chef John Torode, who actually is an Aussie.

Lots of viewers also thought another celeb from Down Under, Mark Little, who played Joe Dingle in Neighbours. Faking a bad accent to throw people off the scent? Who is Grandfather Clock?

Given all the clues – keeper, lions, spurs – most viewers’ theories centred around footballers, from David James and Vinnie Jones, to David Seaman and Gary Lineker.

However, one left-of-field guess was a former Strictly Come Dancing pro… 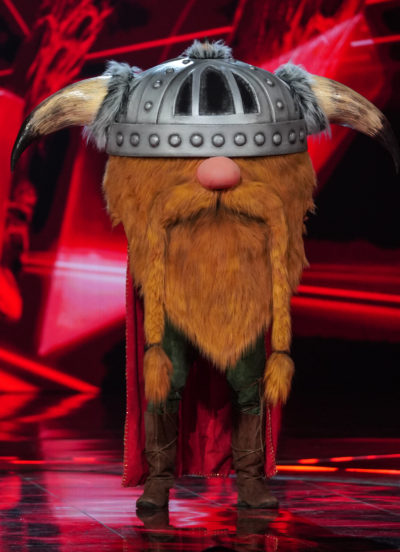 So, we thought it was Si King, one of the Hairy Bikers, because he kept emphasising ‘KING’ viking.

Ricky Wilson from Kaiser Chiefs – and formerly The Voice – was a popular choice on social media.

But a few others have suggested Morten Harket, from pop band A-ha – he’s Norwegian (tick!) and also appeared on The Voice there (Viking gave a clue about finding his voice).

Viking – Morten Harket was on The Voice norway#TheMaskedSinger 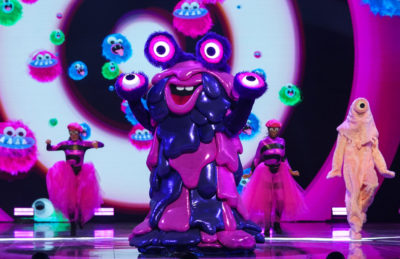 Lenny Henry is the popular choice on Twitter – overwhelmingly.

#TheMaskedSinger Blob HAS to be Lenny Henry! Slight Brummy sound on the ‘Up’…

A few other suggestions though… Shaun Wallace from The Chase; Matt Lucas; Howard from the old Halifax ads!

Let us know all your theories from the second episode of The Masked Singer on our Facebook page @EntertainmentDailyFix.

Star back to his artwork after second COVID jab

How platforms like Spotify and tools like Community, Audigent, and Unitea help artists find their superfans and target them for monetization opportunities (Tatiana Cirisano/Billboard)