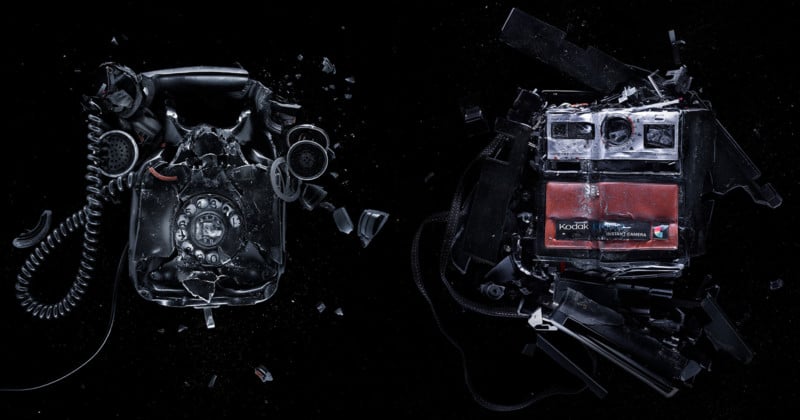 From time to time, we all get that desire to throw one of our electronics at the wall and/or smash it with a bat. But how many of us ever actually get to do it? For photographer Jaap Vliegenthart, he got to live out this fantasy: crushing some of his old electronics to smithereens and then capturing the aftermath.

Vliegenthart’s goal with this series was to “get to the essence” of the relationships that we form with inanimate objects… by destroying them.

“We all seem to hold on to objects that have lost their functionality in time but gained personal value because it reminds us of our childhood or past in general,” he explains. “‘Matter Less Matter‘ dives into this strange connection we have with inanimate objects. By destroying these items I tried to get to the essence of it. Eliminating them of their technical functionality and recomposing them into stills that show these items in full, inside and out. By doing so it regains its function in a completely different way.”

They began life as functional machines—telephones, typewriters, cameras, an ancient car stereo, an old alarm clock—but are transformed through destruction and the magic of photography into pieces of art. Still functional, but in a totally different way: 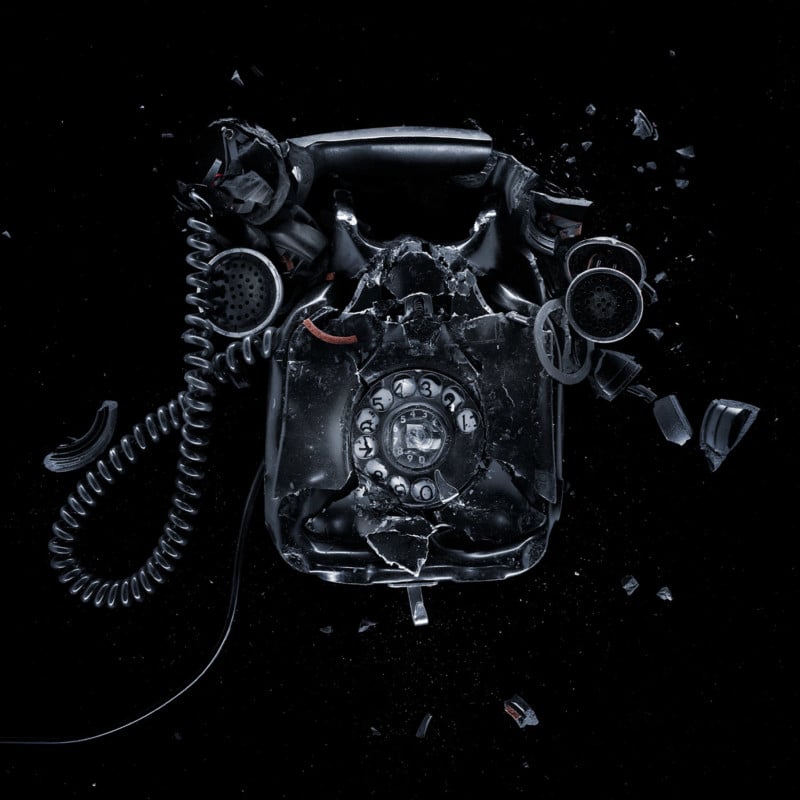 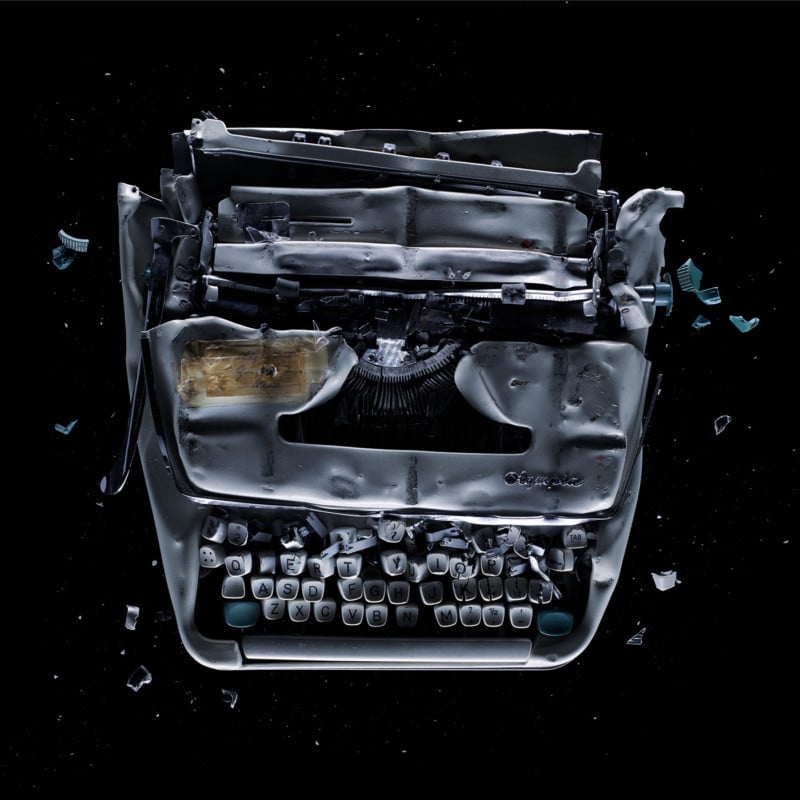 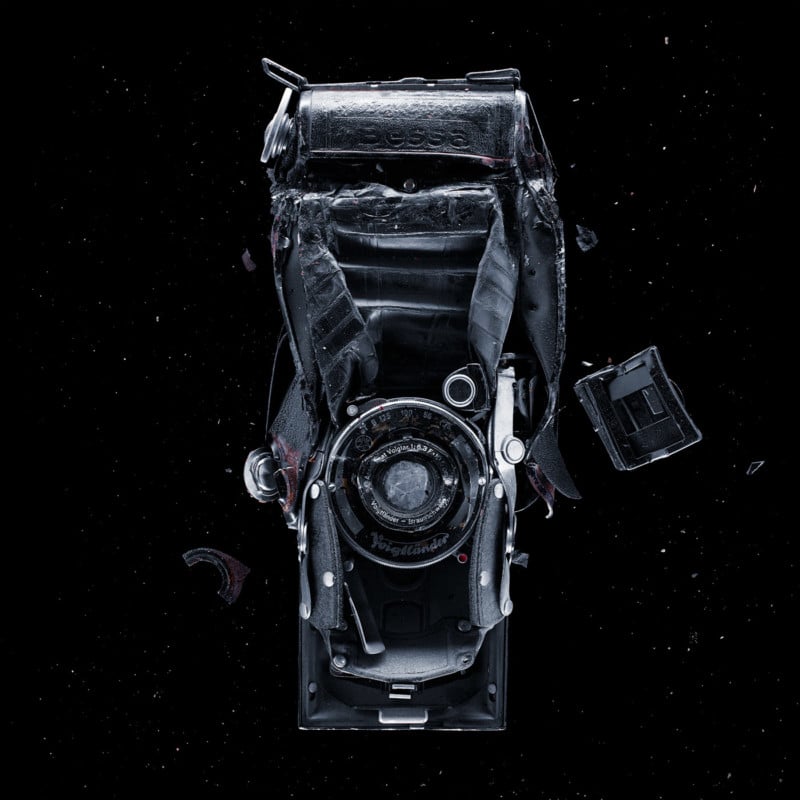 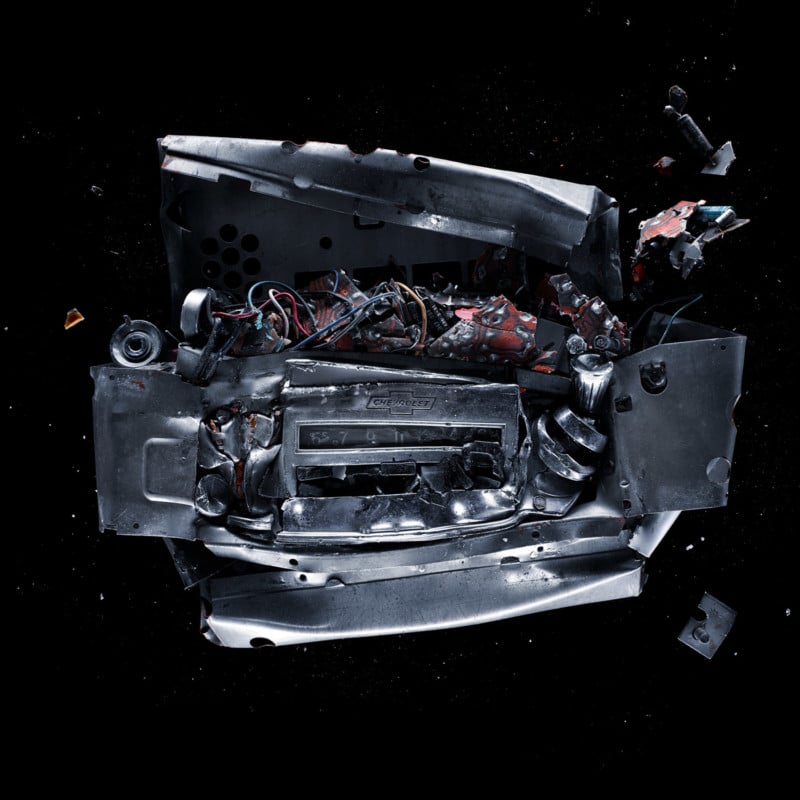 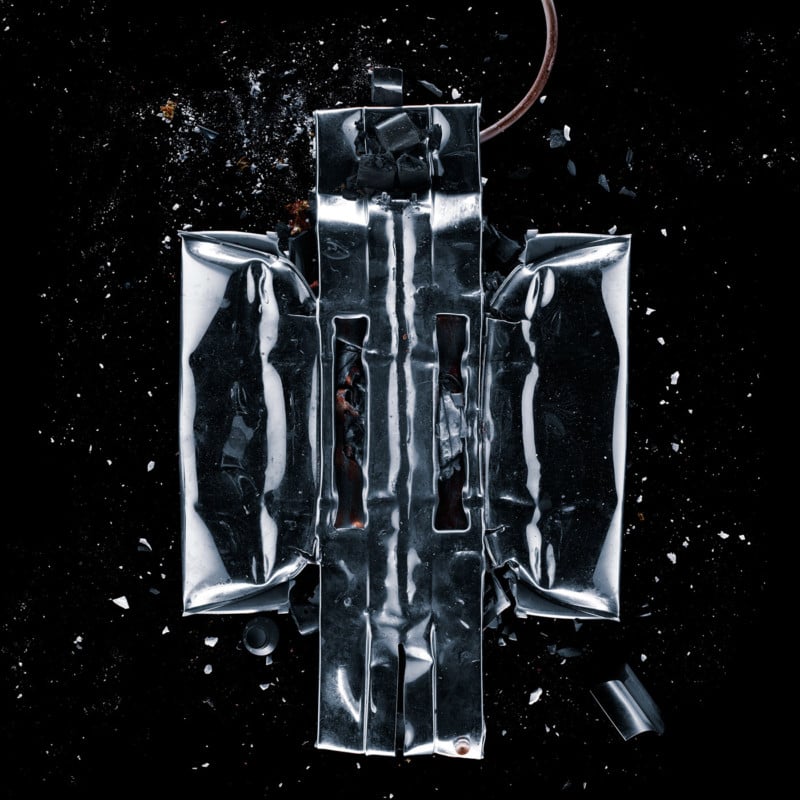 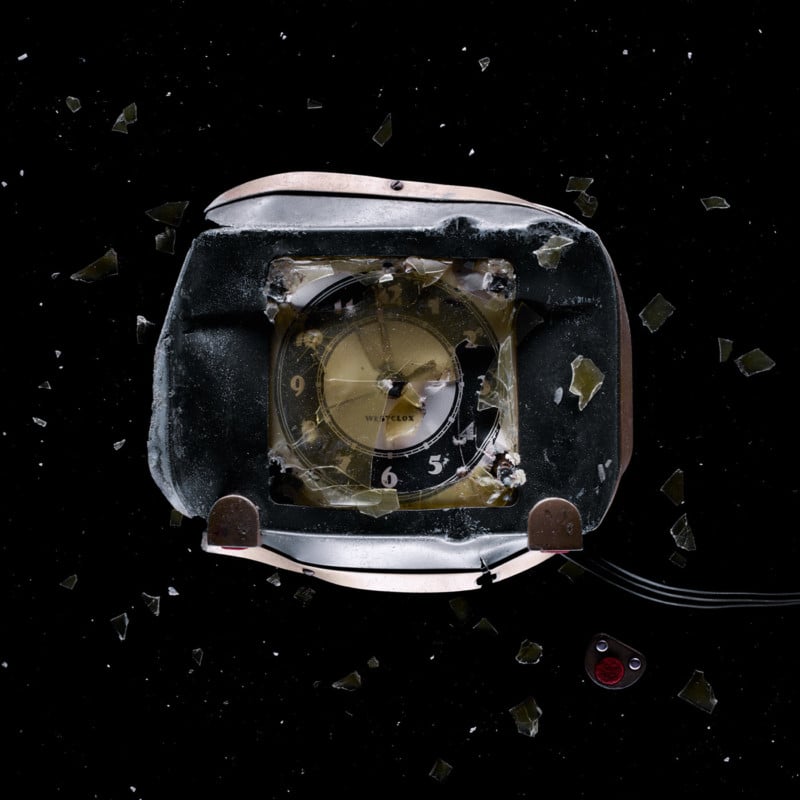 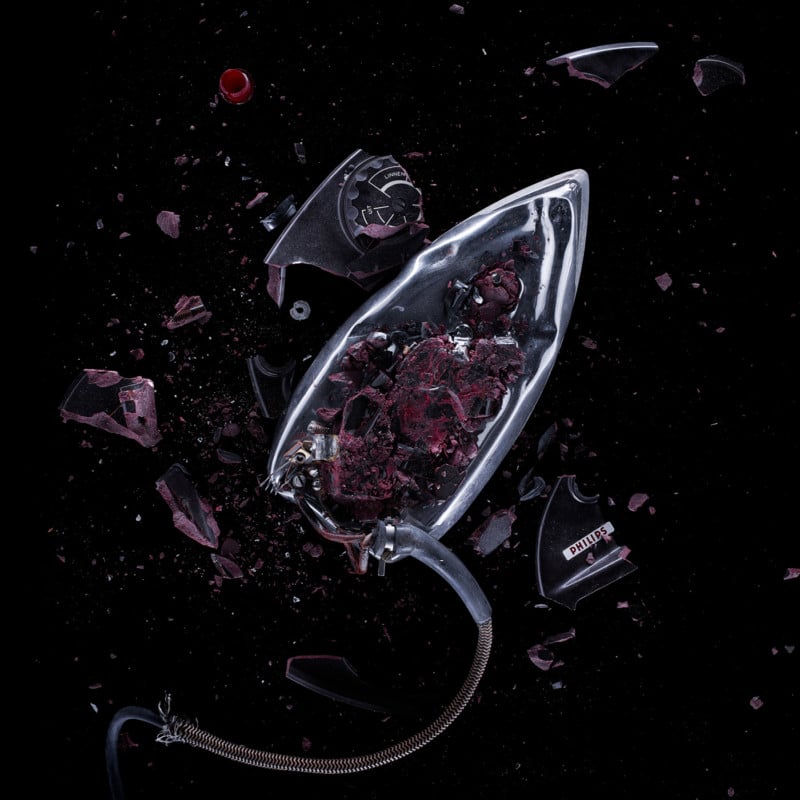 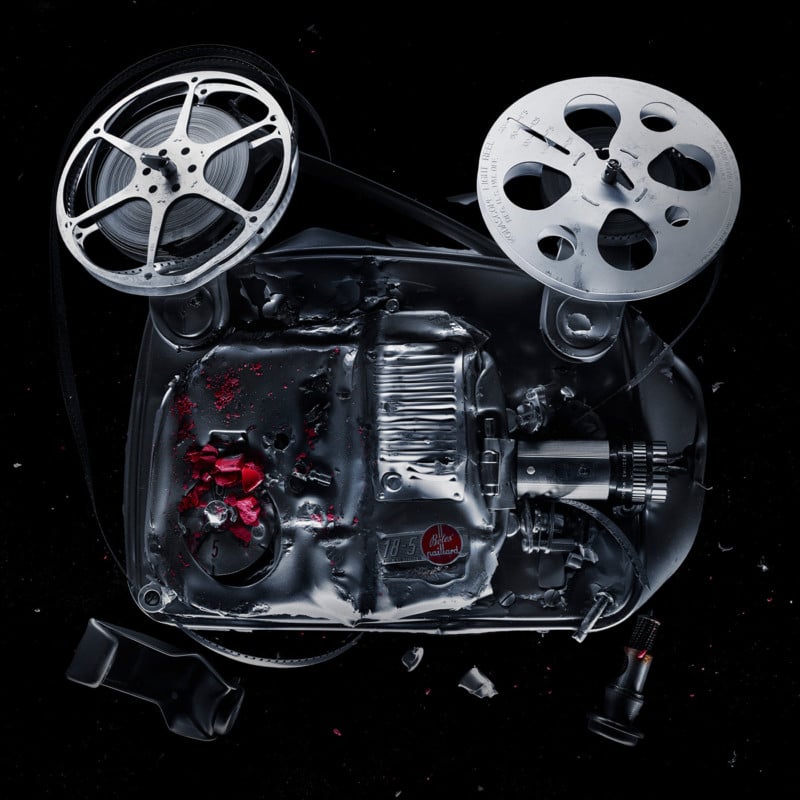 Out of curiosity, we did ask Vliegenthart how exactly he went about his creative act of destruction. If you, like us, guessed “sledgehammer”… you’d actually be wrong:

“I went to a metalworking company and had the objects flattened on a black background as you can see in the images. After that I transported them with great care to my studio and captured the objects,” explains the photographer. “The lighting I used shows the depth of the objects and gives a dynamic feel to the image which to me works great with the flat devices.”

To see more from Vliegenthart, visit his website or give him a follow on Behance or Instagram. His creations are often a bit more fantastical than this, but all of them lean into this spirit of thinking outside the box… or occasionally smashing said box.

Image credits: All photos by Jaap Vliegenthart and used with permission.