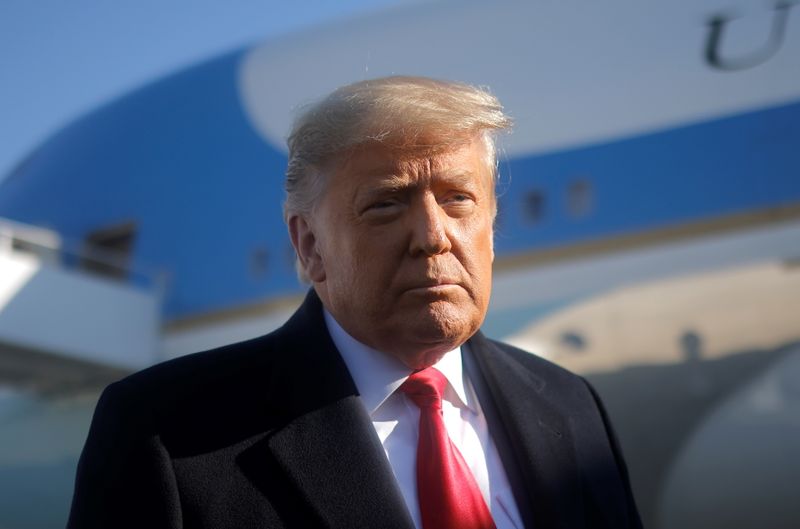 © Reuters. U.S. President Trump departs Washington on travel to Texas at Joint Base Andrews in Maryland

WASHINGTON (Reuters) – The Trump administration agreed on Tuesday to an auto industry request to delay the start of dramatically higher penalties for companies that fail to meet fuel efficiency requirements, a move that could save the industry hundreds of millions of dollars or more.

Congress in 2015 ordered federal agencies to adjust civil penalties to account for inflation. In response, the National Highway Traffic Safety Administration (NHTSA) issued rules to raise fines to $14 from $5.50 for every 0.1 mile per gallon new cars and trucks consume in excess of required standards.

The auto industry trade group that sought relief praised the NHTSA’s decision, noting vehicles that would have faced higher penalties “have already been sold or will soon be manufactured.”

In November, FCA warned it could need to set aside 500 million euros ($608 million) as a result of the appeals court decision.

credits.” The agency added that “to disregard the industry’s serious reliance interests would be unfair and improper.”

Environmental groups urged the administration to retain the increase, noting U.S. fuel economy fines lost nearly 75% of their original value because fines had been increased only once – from $5 to $5.50 in 1997 – since 1975.

When did Bernie in EastEnders lose her baby – and who got her pregnant?