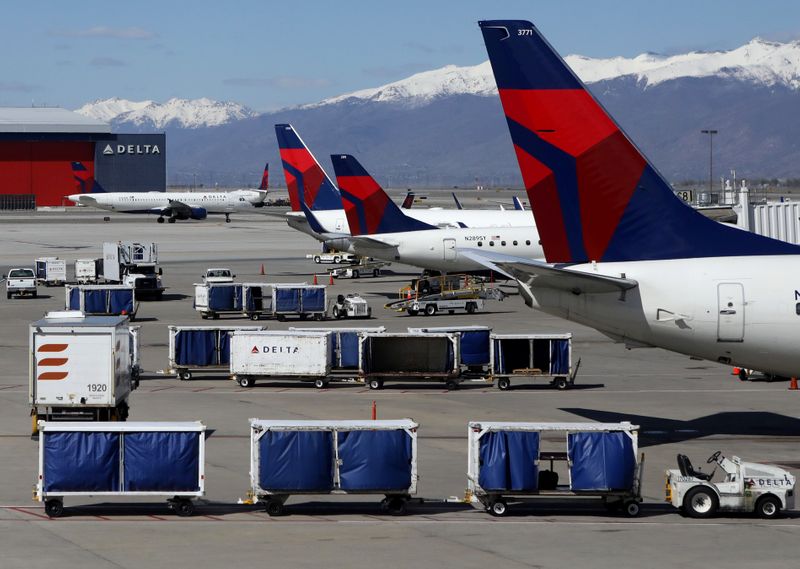 Large airlines receiving assistance must repay 30% of it to the government in 10-year, low-interest loans. They must also issue warrants to the government as part of the assistance and must agree to extend restrictions on executive compensation and a ban on paying dividends and share repurchases through March 2022.

The Treasury said Friday it was initially awarding more than $12 billion in payroll support for major passenger air carriers and had released $6.1 billion on Friday.

Treasury and airline officials said the government plans to release the remaining payroll assistance by the end of March.

Delta Air Lines (NYSE:) said it expects to receive $2.9 billion in total aid this round, with $830 million in the form of an unsecured loan. The airline said it received the first installment of $1.4 billion on Friday.

Southwest Airlines (NYSE:) said it expected to receive $1.73 billion in total and received $863.7 million on Friday.

The warrants are priced at each airline’s share closing prices on Dec. 24.

SkyWest said it will receive $233 million in total under the program and received half on Friday.

American and United together furloughed more than 32,000 workers in October. The new assistance will keep those workers on payrolls through March 31.

Neither airline on Friday immediately disclosed how much they expected to receive from Treasury.