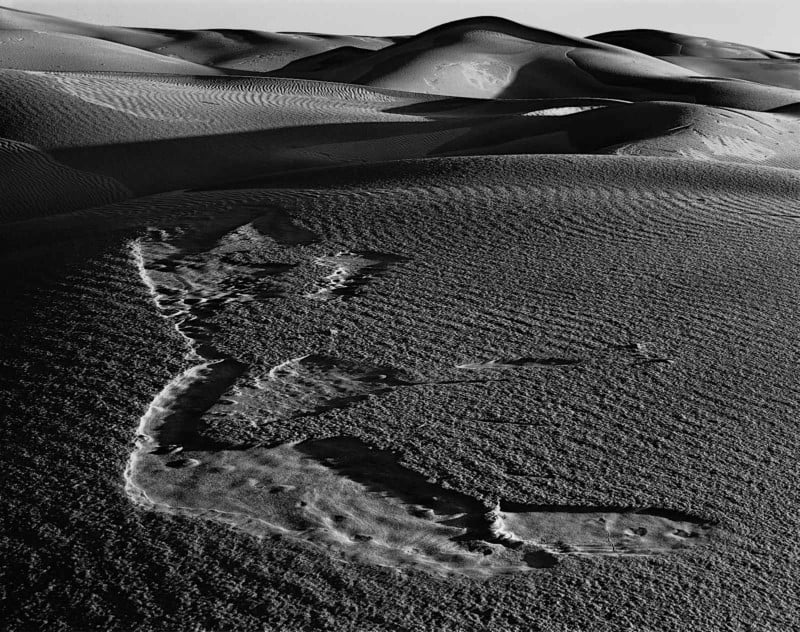 This year, as photographers, we’ve been challenged to look at more ordinary subjects closer to home in pursuit of continuing our photography. 2020 has pushed us to find creative potential in the more everyday and mundane, perhaps duping us in the process that these subjects are in fact worthy of our attention.

Ideally in a perfect existence, we would like to push back the threshold for what is photo-worthy, to include all the subjects around us and consistently turn water into wine, no matter how seemingly ordinary the subject is. It’s a thought that has been in my mind this year. At what point is an image simply too plain and unable to stimulate interest much beyond ourselves?

Social media provides an outlet for recreational and illustrative snapshot photos, but the distinction between record shots and keepers is all too clear for us if not for others. 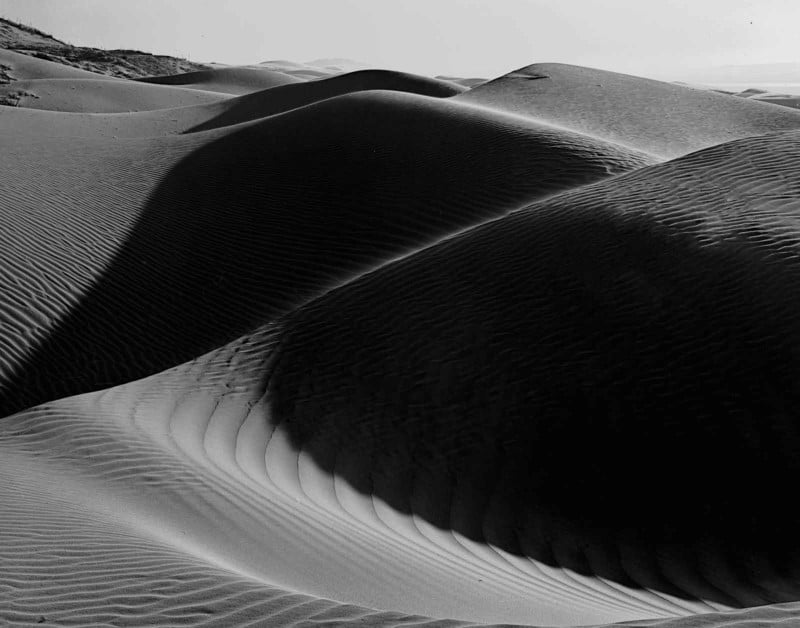 Highly successful photographers more usually (initially at least) force their photography to be noticed by embarking on challenging projects with human interest and breadth, often in potentially photogenic locations. With travel currently curtailed to varying degrees, we cannot take this route and instead have to reinvent the accessible. So how can we find value in subjects that we have previously ignored in the past?

One way is to simply look harder at what’s around us and take a sustained interest in the familiar. The driving force behind that is that others, with a fresh eye, would find value in our everyday landscape.

Stephen DiRado has taken a documentary view of his immediate surroundings with an ongoing series of mask wearing portraits and found still life images, shot on 10×8 film. While these photographs delight through his careful use of lighting and pose, he sees them as an important document for the future rather than the project work he would typically be focusing on. A third approach to finding value is to apply a new technique (to us) or creative process that renders the more ordinary in a new light. 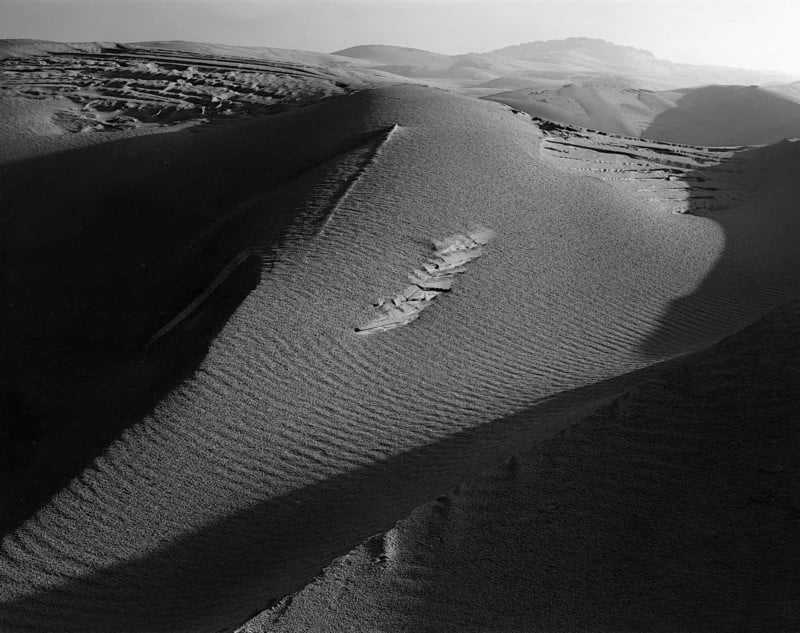 In 2019 I chose both these pathways and began to select subjects nearer to home, turning to film as a way of developing my photographic approach. My first project looked at salt pans in black and white, a location that I had passed over on several occasions before. Incorporating black and white film provided the gateway to realizing how this location could be bought to life. This year I’ve been photographing other subjects and more recently a set of dunes using infrared film, the inspiration for this article. 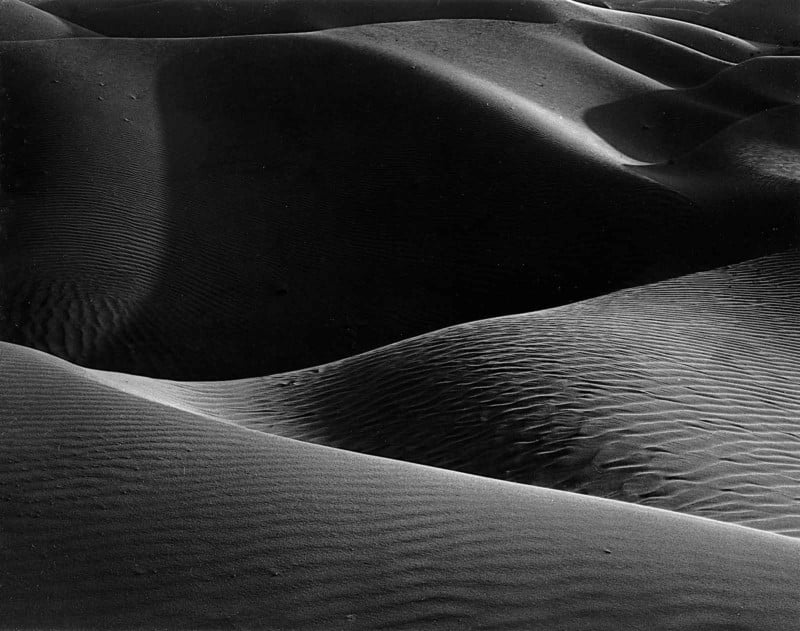 Ultimately from a viewer’s perspective, the origins of an image having been made either with film or in a digital camera is irrelevant. It may have an impact on curators and buyers of photographic art, but more generally appreciation is given to an image and not the process, however authentic or challenging it is to obtain. Primarily I have returned to film for both the process and the look that is unique to film. 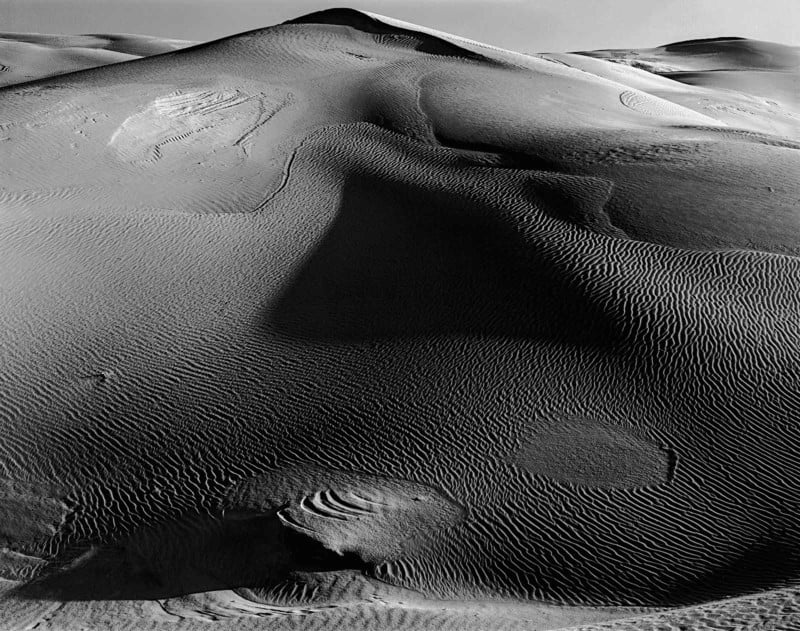 The film look is special. While there are digital production processes that can achieve creative outcomes for black and white imagery at a high level, the extremes of tone are at the expense of middle tones. In my experience, the rendition of middle tones while maintaining excellent blacks and whites is unique to film. 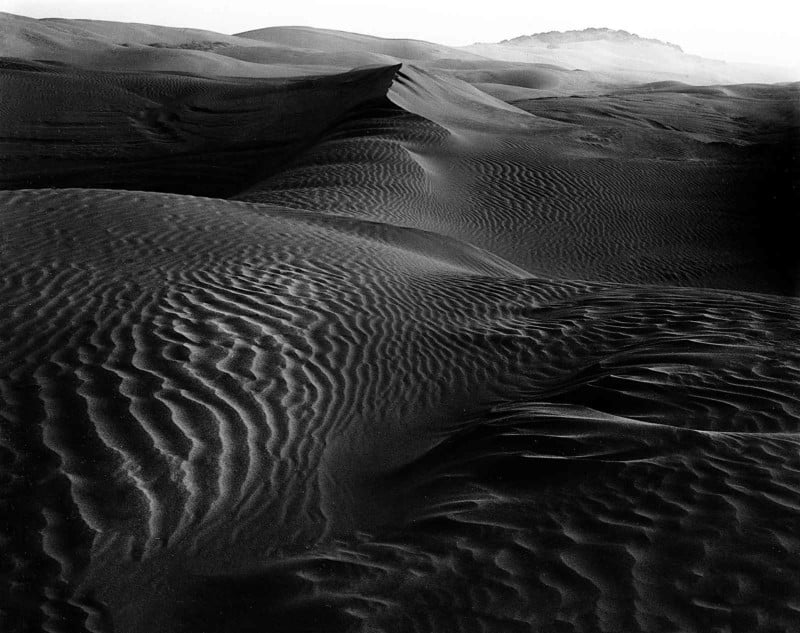 Large format as opposed to medium format film offers a distinct way of working where DOF (depth of field) and control of perspective are integral. This is especially useful for landscapes, where I can extend DOF, and in portraits, where controlling the plane of focus allows both eyes to be sharp while still maintaining a limited DOF. 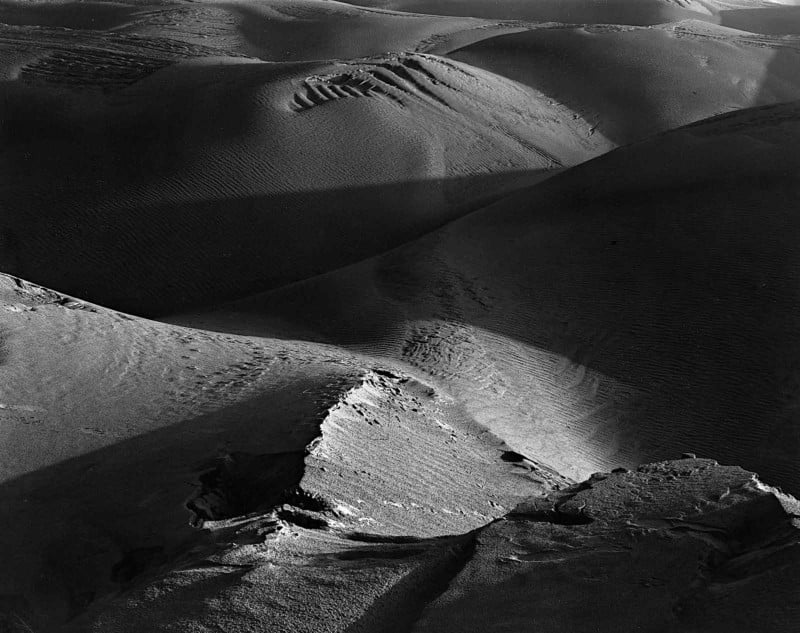 Infrared shooting is more usually associated with trees where foliage becomes white set against a black sky. Not having the same access to these landscapes I instead decided to see how the film would work with coastal dunes close to where I live in Morocco. I had a hunch the infrared look would be skewed in some way.

This is what I discovered: IR cuts through haze and atmospheric dust, which is useful in a humid zone such as an Atlantic beach.

The film I’m using is Rollei 400 with an R72 filter producing fine grain as well as high contrast, normally associated with IR. Even with the high contrast look, there is still the inclusion of details in shadow areas which would be near impossible in the digital domain without significant blending. 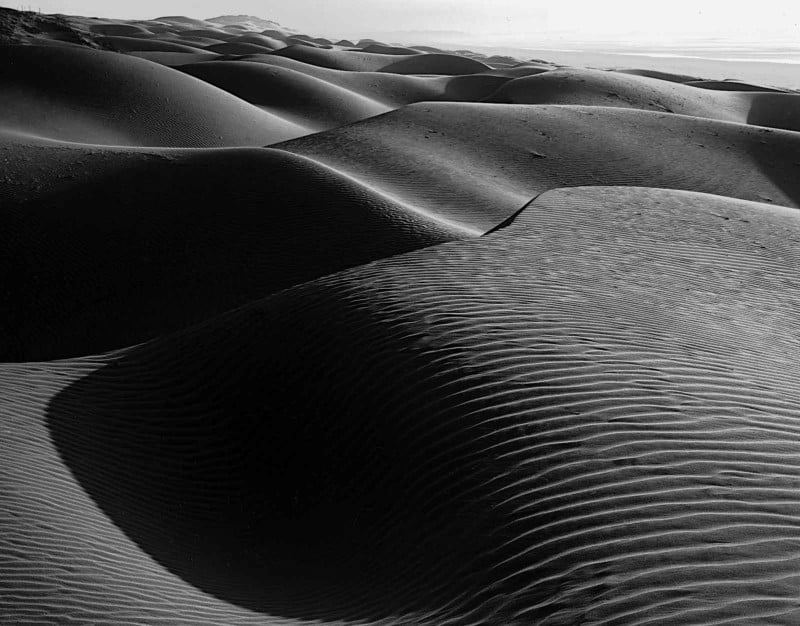 The angle of the sun makes a big difference in whether the image is highly graphical or loaded with atmosphere. At around 90 to 120 degrees to the sun, abstraction comes to the fore but shooting at 45 degrees or less, the images depict more about the character of the place. Both work in their own way, but I prefer the second approach although compositionally that’s challenging to find.

While the photos do not readily look like infrared shots, (partly why I like them) the high contrast and tonal range bring an atmospheric charge to images of a limited location that could easily become generic and scenic. The IR film has heightened the qualities of light and texture to distill the essence of the location.

Shooting after rainfall also means the sand has textures and shapes that are ordinarily not seen in dune locations. The occasions on which the climate allows this is limited to one or two days a year, if that. Factors such as wind direction, cloudy days after rainfall, and tides that envelop the dunes all mean that shooting days are limited. 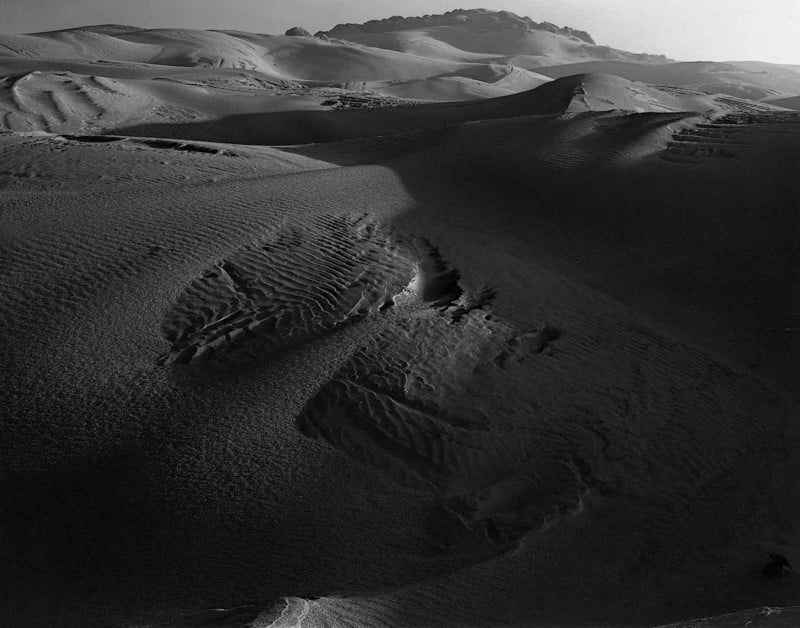 Going Your Own Way

Using an off the peg aesthetic such as IR in an atypical location has been creatively satisfying. It steps outside and beyond an identifiable tribe of photography. I would argue that photographers should look to forge their own path and not replicate the stylistic approaches and successes of others. Minimalist seascapes spring to mind as an example of a tired and overused approach.

As always it’s about marrying composition with technique (both in shooting and processing the film which is testing). Film offers the opportunity to delve down into finding out about who you are as a photographer. As the visual world expands, it also feels right to consider the photographs we look at, for their context as much as how the image connects with us. That can mean offering a back story to the images or connecting them to an intention that reflects back on the maker.

As humans, we need stories, not just outstanding one-off images.

About the author: Darren Lewey is a photographer and workshop leader based in Morocco running online courses and retreats. The opinions expressed in this article are solely those of the author. You can read more of Lewey’s writing at Creative Camera.

5 Signs Your Landscape Photos Are Way Too Busy

Social platforms are neither communication services nor publishers, and society will have to evolve new norms to regulate speech on them (Benedict Evans)