Despite already being rebuffed, it appears that Valencia aren’t ready to give up the fight for Tottenham’s Harry Winks just yet.

The La Liga outfit haven’t had the best campaign so far, and currently sit in 13th position.

Former Watford manager, Javi Gracia, has seen a mini-improvement from his side of late – at one stage they were in the relegation places – but he will need reinforcements in order to ensure the second half of the season doesn’t turn into a relegation battle.

The Sun note that Gracia knows all about Winks from his time in the Premier League, and with the player not getting as much match time as he would like in a European Championship year, the move makes sense for him too. 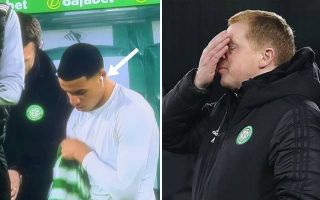 However, Spanish football journalist, Guillem Balague, noted via his official Twitter account that a move is highly unlikely because of the large loan amount that the north Londoners are asking.

That’s despite the fact that Valencia would pay Winks’ wages in their entirety.

With just under three weeks left of the window, anything can still happen.