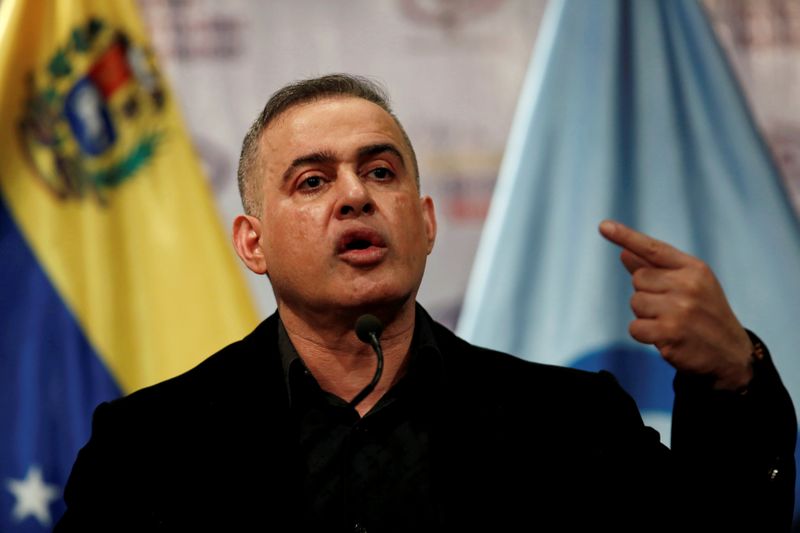 CARACAS (Reuters) – Venezuelan authorities issued an arrest warrant for a new member of the board of directors of U.S.-based refining firm Citgo Petroleum Corp named by the opposition this month, chief prosecutor Tarek Saab said on Monday.

Saab said Jose Ramón Pocaterra was “illegally designated” to the board of Citgo, a subsidiary of Venezuelan state oil company Petroleos de Venezuela, and announced charges against him for alleged crimes including conspiracy, usurpation of public functions, and obstruction of justice.

The opposition took control of Citgo in 2019 after the United States, along with dozens of other countries, recognized Juan Guaidó – the speaker of the opposition-held National Assembly – as Venezuela’s rightful leader. They argued that President Nicolas Maduro had rigged his 2018 re-election.

Maduro remains in power, and his government controls PDVSA’s operations within Venezuela. His allies frequently accuse Guaidó of trying to “steal” Citgo, which is headquartered in Houston.

“These are just excuses to continue the theft they have been undertaking,” Saab said during a state television appearance.

Neither Pocaterra, a financial specialist, nor Citgo immediately replied to requests for comment. Pocaterra is living in Madrid, according to his LinkedIn (NYSE:) profile.

The opposition has sought to protect Citgo from creditors and others attempting to seize control of the company to collect on unpaid debts and arbitral awards from Venezuela.

Saab criticized the decision in U.S. courts allowing Guaidó allies to represent Venezuela in those cases, arguing the government was denied the right to adequate defense.

Saab also announced charges against Andres Yrigoyen, who he said had been named chair of Citgo’s board. Citgo has not announce that designation.

Yrigoyen did not reply to a request for comment.

Citgo announced last September that board chair Luisa Palacios would step down, the first in a string of high-level departures.